Maybe you read A Series of Unfortunate Events when you were younger, or maybe you saw the 2004 movie adaption starring Jim Carrey. Maybe you even played the video game. If any of these were the case, you may have gotten a little nostalgic, when you heard of the new Netflix television series. There is […] 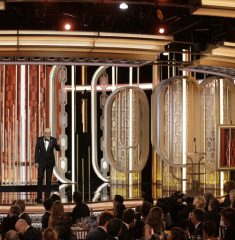 What to expect when you’re expecting: 2017 Golden Globes edition

Jibin M. George gives his predictions for the 74th Golden Globe Awards based on the recently announced nominations which, as per usual, were full to the brim with deserved accolades, snubs and surprises.

Things we’ve seen before? Stranger Things and the question of originality.