Arsène Lupin, gentleman thief and force of chaotic good, is in many ways to French literature what Sherlock Holmes is to the British – in fact, in some of Maurice Leblanc’s works Lupin met a somewhat similar and legally distinct detective called “Herlock Sholmes” (and at one point, “Holmlock Shears”). That’s a somewhat irrelevant anecdote, but it does go some way to capturing the essential fun at the heart of Leblanc’s stories as Lupin, donning any number of disguises, waltzes his way through heists against dastardly villains and effortlessly outwits them all. 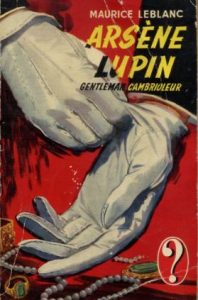 Netflix’s new series toes the line between this comedy thriller and the all-too-familiar territory of the gritty reboot by, rather than simply modernising the text, focussing on its legacy. Instead our hero is Assane Diop, played by Omar Sy (who, whilst a well-established French actor, is probably best known to English audiences for his supporting role in Jurassic World and its sequels). Assane is the son of a Senegalese immigrant who was imprisoned for a theft and is coincidentally a huge fan of Arsène Lupin. So when the opportunity comes to prove his father’s innocence, it is Lupin whom he invokes through a series of high-risk capers.

Heist movies (think Ocean’s 11 and its sequels) are about 40% smart plot, 60% making said smart plot look effortless, and this is where Lupin and Omar Sy in particular shine. It’s the familiar experience of waiting for each line, object, and plot point to make its appearance, knowing the plan will never work quite as expected, and slick editing for the denouement. As Assane struts through the Louvre, smooth as the polished floor, it can only be described as cool. 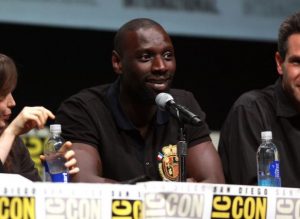 Cool, however, cannot sustain a TV series alone. Perhaps it can work for a film, but for viewers to commit to over four hours, a show needs more. In this case, this is through Assane’s strained relationships with his son and ex-girlfriend. It is a testament to Omar Sy’s skill as an actor that he can still make this high-stakes daredevil ultimately human and vulnerable. Unlike Sherlock, he is not a world-class genius: he is smart and resourceful, and particularly adept at slipping into different roles as required, but it doesn’t take long for the situation to escalate and his cracks to show.

And herein lies the greatest weakness of Lupin so far – its length. Currently, only five episodes are available on Netflix, constituting the first half of the series. The problem is, for at least the first couple of these episodes, the viewer watches comfortably, confident in Assane’s skills to get him out of danger. Not that these episodes are without tension, but the emphasis here is on the slick heists. It is only in the fourth episode that matters begin to escalate, and the fifth episode ends on a shameless cliffhanger, cutting off the show just when it has begun to gather speed.

What doesn’t help this fact is the overall “mystery” that spans the first few episodes. Assane’s investigation to find out who framed his father is one such mystery –  immediately obvious within the first episode to anyone who has interacted with any kind of crime media. Thus far, the overall villain of the piece is not only plainly obvious to even a semi-attentive viewer, but they appear to be a near caricature, a plot device rather than a character. 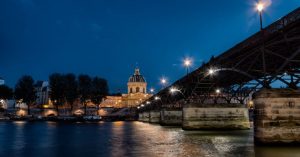 As a side note, it is worth mentioning that the show is available both in its original French with subtitles or dubbed. Besides the inescapable issue of lip syncing the dub is a pretty good one with a talented, if very American, voice cast. I’d always recommend using subtitles and listening to a series’ original language as far as possible, but if subtitles aren’t your thing then you won’t miss out by watching the dub.

The first couple of episodes of Lupin are fun, but not the juicy drama that makes a viewer binge an entire season in a day, and the short episode count means that’s about half the season sustained by a “mystery” that most viewers will have guessed long before Assane does. And when the training wheels come off and the show raises the stakes, the show just stops. The second set of episodes is due to release at some point this summer, so perhaps it would be best to wait for the full series before binging. Because Lupin really is excellent viewing, and it is precisely this fact which makes the end downright frustrating. But you do know you have a stellar series when the worst you can say is that there isn’t enough of it.