5 video games being adapted for TV and Film

With the launch of the Uncharted movie and Halo TV series this year, and the major success of the Witcher Netflix series, its clear that games being adapted for the big and small screens has only just begun.

There are dozens of projects planned for film and TV adaptations in the works, but the number of adaptations that will survive production is unknown. Many will not be seen for a few years, but hope remains for some titles.

Here are five TV/Film adaptations worth keeping an eye on! 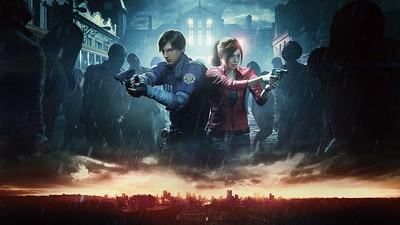 A live action Resident Evil show is coming to Netflix, based upon the classic Capcom franchise. Reports suggest that it will not follow any one game in particular, but will instead have its own original story and interpretation of the world and its characters.

Netflix has described the show as being set “nearly three decades after the discovery of the T-virus [when] an outbreak reveals the Umbrella Corporation’s dark secrets.”

Other details include the fact that the show will take place over two timelines. The first revolving around Jake and Billie Wesker, the teenage daughters of iconic villain, Albert Wesker. The second timeline will follow Jade some fifteen years later, when the world has been overrun by zombies and follows her quest to survive in this new world and discover secrets from her past about her family.

Resident Evil should be coming to Netflix in July 2022 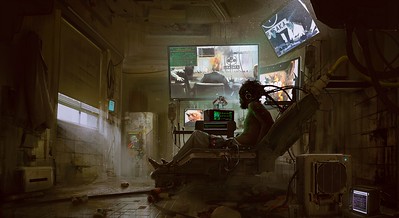 Another Netflix title, Cyberpunk: Edgerunners will be a 10 episode animation series developed by Studio Trigger (Live Witch Academia and Promare)

Like the previous title, Edgerunners will tell its own original story of a “street kid trying to survive in a technology and body modification-obsessed city of the future. Having everything to lose, he chooses to stay alive by becoming an edgerunner – a mercenary outlaw also known as a cyberpunk”.

The show is not expected to overlap with the Cyberpunk 2077 video game in any meaningful way, aside from the show being set in the same location – the beautiful Night City.

It is expected to premier in 2022, with its expected upcoming showcase at Netflix’s Geeked Week on June 8th. 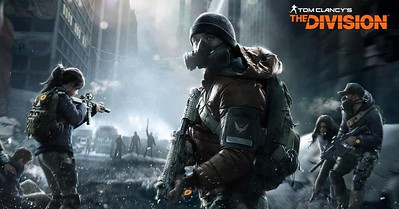 The Division is based on Tom Clancy’s works and will arrive on Netflix as a feature film. We understand that it is being produced by Deadpool 2’s David Leitch and will star A list actors Jake Gyllenhaal and Jessica Chastain.

The Division will follow the basic storyline as found in the video game. In the near future, a virus is released upon New York City on Black Friday. The virus, spread through paper money, kills millions within the city and what remains is a society that has descended into anarchy. A highly trained group of operatives from the Strategic Homeland Division (commonly referred to simply as “The Division”) are tasked with going into NYC and saving any potential survivors and discovering the nature of the outbreak.

There is no release date announced so far. 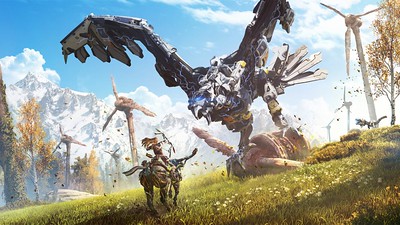 The most recently announced on this list, in a presentation to investors Sony announced that an Horizon Zero Dawn TV project is in the works for Netflix.

There has been no release on plot details, whether it will follow the games or tell its own original story etc, or when we should expect to see them.

This project is likely some ways off but fans are already going wild with speculating who could be cast as the beloved heroine, Aloy. 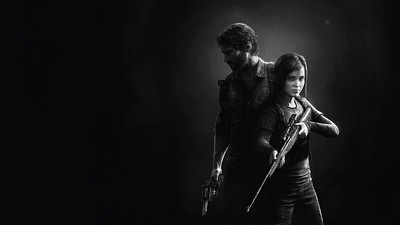 The Last of Us (Image: Skush via Flickr with license)

The Last of Us

Based on the hit 2013 game of the same name, The Last of Us TV show will follow the character of Joel, a smuggler who is tasked with escorting a young girl named Ellie across post-apocalyptic America.

This is in fact the first HBO series to be based on a video game and is being jointly produced by Sony Pictures Television, PlayStation Productions and Naughty Dog amongst others.

We know that Neil Druckmann, the game’s original writer and director, has co-written the show and will be joined by Gustavo Santaolalla, the original game’s composer.

Unlike some of the other titles on this list, we have pretty extensive knowledge of its cast and crew. Pedro Pascal, most recently of Disney+’s The Madalorian will star as Joel Miller and will be joined by fellow Game of Thrones alumni Bella Ramsey who is cast as Ellie.

The show is expected to premier sometime in 2023.