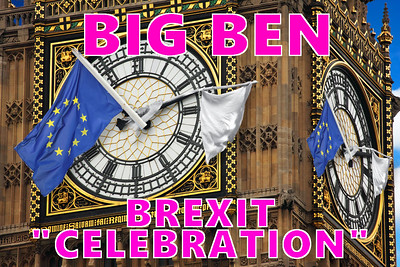 It is now official- the UK has formally ended its membership from the European Union.

The White House under Tump’s leadership, according to succeeding British governments, seemed congenial when it came to issues surrounding Brexit and the Trump administration seemed eager to lend their hand of help to London for its decision to depart from the EU.  However, ever since UK’s official departure from the EU, the two longtime partners in trade have been increasingly in disagreements over certain trade issues. These include UK’s planned digital services tax, the threats from the Trump administration regarding imposition of more tariffs on automotive imports and also the future of the nuclear deal of Iran- these are the parts of trade deals in which the UK has been more closely connected with European capitals than it has with the White House.

Moreover, British officials are determined to keep politically sensitive topics off the table while making trade negotiations. These include relaxing ties with the US when it comes to the standards of agricultural import enabling US farmers to sell more goods to the UK, issues of chlorinated chicken,
and genetically modified crops. So far, London has confirmed that they would deny allowing provisions letting US pharmaceutical and healthcare industries greater accessibility to the British market. On the other hand, the Trump administration has already made implications suggesting that they plan to take a hard line, especially on farm products, which has the potential to make it difficult for the trade talks with the UK to progress. Mike Pompeo, the US secretary of state told LBC,“I’m sure the ag issues will be difficult. Our ask will be as it has been in the other negotiations, we need to be open and honest about competitiveness. We need to make sure we don’t use food safety as a ruse to try and protect a particular industry.”

At the same time, generally, it takes years to make trade deals, so if the UK and EU reach the end of 2020 without making any advancement regarding trade agreement, then it is possible for Britain to face ‘’no-deal Brexit’’. If that takes place then the UK could face increased food prices and obstruction when it comes to medicines and other goods. It would then have to trade with the EU based on the stipulated terms proposed by the World Trade Organisation, which ultimately means tariffs.

It remains to be seen as to how Brexit will affect the jobs market and also the overall economy of the UK. Ever since the referendum, the economic growth slowed, while employment remained high – and what happens next will depend primarely on what kind of trading relationship the UK seeks and manages to secure with the EU and the rest of the world.

Below are all the articles which have been selected for this week’s editor’s picks!

The Bubble’s Picks for the 2020 Academy Awards

A Guide To Studying Abroad

The Glaring Link between Climate Change and Insurgency

Hope you have a fantastic week ahead!