The Bubble had the honour of hosting Michael Freeman:  Counsellor for Civil Society Affairs at Embassy of Israel. With Britain so inward looking, it is imperative to have a more international perspective. I urge you with the upcoming election coming up on the 9th of April in Israel, and tensions heightening, to read about the conflict and its discrepancies. 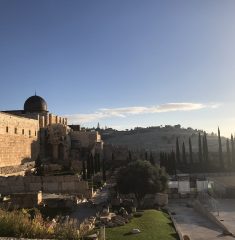