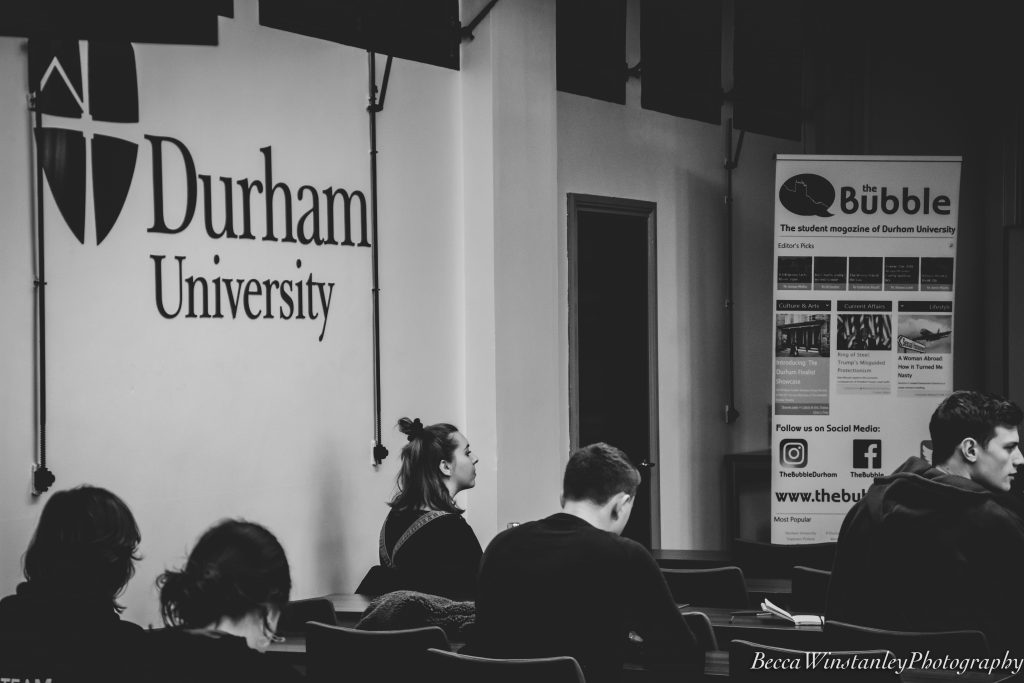 On March 19th 2019, The Bubble hosted Michael Freeman:  Counsellor for Civil Society Affairs at Embassy of Israel. Erin Waks, editor of Causes, organised this event and chaired the Question and Answer session.

Whilst most people who attended the event were unlikely to be experts on the Middle Eastern conflict, Freeman was listened to attentively and he undoubtedly made the conflict accessible. He answered all questions in a measured and justified manner.

I seek to organise the topics that were covered thematically with Freeman’s response and arguments embedded.

Below is the full YouTube video of the forum with the questions subtitled.

We see a lot in the media about the brutality of the Israeli army. Why do you think the forces are not so condemned in Israel? 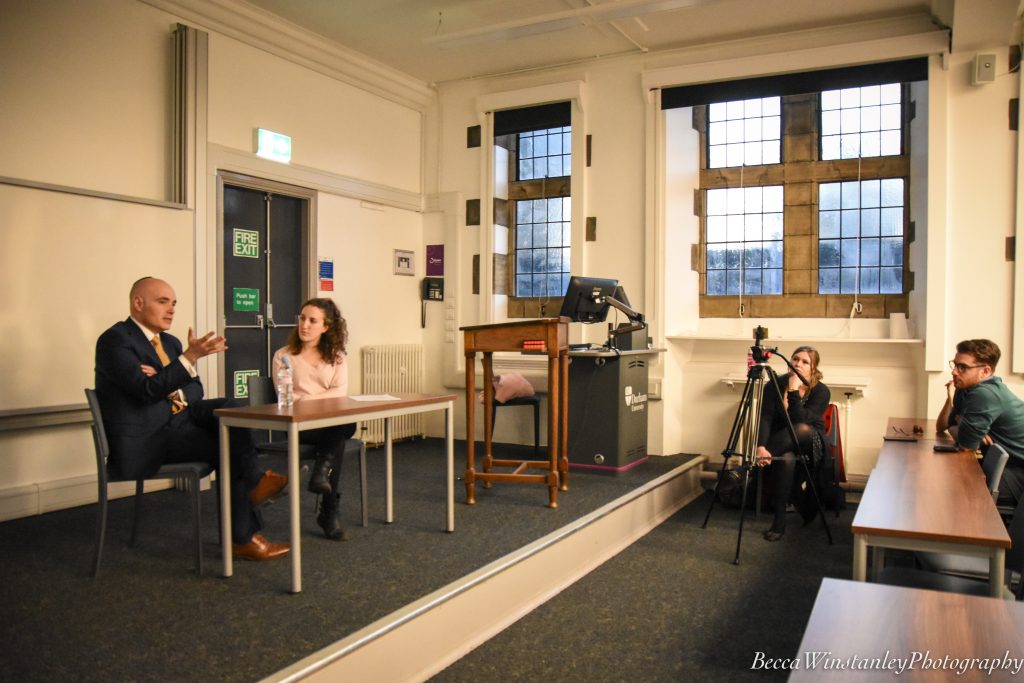 “I reject the very premise… the Israeli army acts in a way to reduce civilian casualty in any way they can… At any time the Israeli army has to be involved in a decision of bombing , there is a lawyer in the room that makes that decision with them”

“I ask you… you see someone running down the street with a gun holding a child, do you risk hurting the kid?”

“House in Gaza, two bedroom house. In one bedroom, Hamas put in the house forty missiles, every so often Hamas will go onto the roof and fire a rocket at the Israeli civilian population. The family still in there, is that house a military target? Or is it a civilian target? Are the family living in that house guilty/ innocent/ a legitimate military target? Somewhere in between?”

“I don’t think it’s  a fair question, doesn’t take into account the moral dilemmas that we face on a day to day conflict in asymmetrical warfare”

While Palestinians do have equal rights under the law, what would you say to the claim that they still face defacto discrimination in the state of Israel?

Freeman: “We have real challenges in terms of Arabs in Israel”

“We’ve put 7 billion into infrastructure, investment into education has doubled”

Freeman appreciated that Palestinians face suffering in Israel, and I will link articles here to corroborate this; ‘There are currently more than 65 Israeli laws that discriminate against Palestinian citizens in Israel…. According to Adalah, the Legal Center for Arab Minority Rights in Israel.’

Do you think the recent nation-state law poses a barrier to peace? 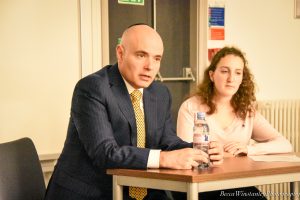 Freeman: ” it lays down basic principles that everyone knows-ie. the flag”

That doesn’t mean that everyone else doesn’t have equal rights.

(A later question) The words ‘democracy’ and ‘equality’ are absent from the new nation-state law/ How do you respond to the claim that this implicitly denies the existence of an Arab/ Palestinian minority?

Freeman: “I disagree with you, and I’ll tell you why…It doesn’t in any way deny an Israeli/Arab connection to Israel or right to democracy”

“The declaration of independence, the law on equal rights, the other basic rules that exist are abundantly clear in terms of rights”

However, it is worth considering an alternative – this article by Vox succinctly explains the nation-state law, suggesting it has systematically discriminated and exacerbated suffering to minorities in Israel since its implementation.

What are your thoughts on the corruption allegations of Benjamin Netanyahu? 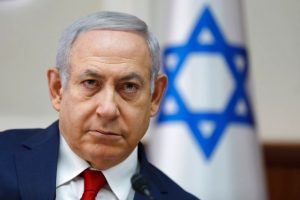 “…maybe more about juridical systems than the individuals concerned”

There is copious evidence on Netanyahu’s allegations, I urge you to watch this video by the BBC. Most importantly,Netanyahu is still a strong candidate alongside Gantz in the upcoming election is Israel. Both candidates face corruption allegations.

Do you think Israeli government should change to stop demonising non-orthodox jews?

Freeman: “Not because we say so, because the church, the mosque and the synagogue say so…they run their own rules”

“There are issues to do with diaspora Jews… to do with the way in which they express themselves…. I think that over a period of time that will develop”

This article on Haaretz summarises this perspective. American Jews in Israel essentially feel that reform and conservative Judaism are being ‘ostracized by Israel’s government bureaucracy’ and that their religious practices have been denigrated. Only 2 million of the 13.5 million Jews in the world are Orthodox, and so these pleas have merit.

The Western wall encapsulates these tensions- ultra orthodox Jews have harassed non-Orthodox Jews, and in February 10 women including two American rabbis were detained by Israeli police

Do you think that the current situation in Gaza is the greatest barrier to peace? And if so How would you go about resolving this? 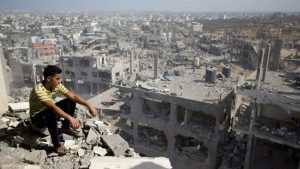 Freeman: “The greatest barrier to peace is the Palestinian refusal to accept the Israeli citizen/ Israel’s right to exist, Israel is the expression of self determination for the Jewish people, it is our ancient homeland, it’s been our homeland for 3,000 years”

“That doesn’t negate by the way, the Palestinian desire, need, requirement for self determination for that land”

“The barrier to peace are the leaders of Hamas, who are fundamentally opposed to us existing in any form whatsoever”

The situation in Gaza is horrific, Hamas is causing the 1.8 million who live in Gaza immense suffering.

What are your thoughts on the BDS movement?

Freeman: “I want to say to them you are a failure by any definition, by boycotting and divesting from Israel you’re doing the worst job in history”

“Look just at British and Israel trade- £7 b a year. Last year went up to 8.6 between the two countries- 1/6 prescriptions from the NHS by an Israel company…Objectively, it is a failure”

“Are you telling me that the greatest problem today in the Middle East is Israel? Greater than Syria? Yemen? Iran? Saudi Arabia? Biggest issue in the world? Venezuela?”

“Singling out the only Jewish state”

Future of Israel and negotiations

Do you think Israel’s foreign policy is too reliant on the US? 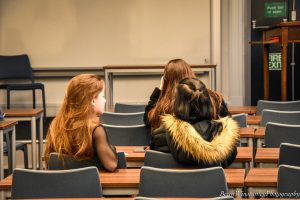 “For Military peace- In the past critical to Israel, less so, today”

“Diplomatic peace- USA are a greatest ally, we have little faith in the UN… isn’t an organisation of democracy… you can be a brutal dictator in the Middle East such as Syria and can be a democracy such as India and get one vote…The USA have vetoed a number of solutions that have been unfair and unbalanced”

“You cannot in any way tell me, that in any of the Human rights in the world, Israel is responsible for every one in the world combined”

What outreach programmes does Israel run into Palestine? 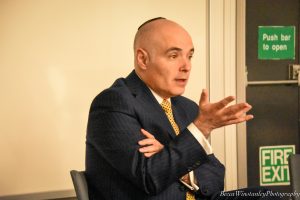 Freeman: “West Bank- we’re doing a lot of economic work with them, we’ve reached out to talk with them and they’re not willing to talk”

“I’m willing to talk with the Palestinians any time, any place”

If Palestinians came to the Peace table, what do you think would be the ideal territorial arrangements with Palestine, do you think Palestine should have a state as well?

Freeman: “We need to come to an agreement with works for the Palestinians… but I need to know what that Palestinian state will look like. Is that state going to be a dictatorship or a democracy? Is it going to be a failed state (Syria, Iraq, Yemen, Gaza) is that in anyone’s interest?”

Why do you think Jerusalem should not be divided? 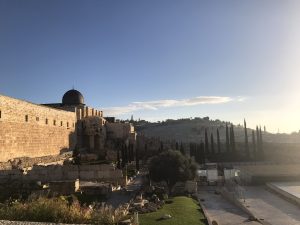 Freeman: “Divided cities don’t work… borders cause conflict…In the history of Jerusalem, the only time that freedom of religion has been guaranteed, has been under Israel rule”

“Jerusalem should remain under Israeli rule… we guarantee freedom of religion” 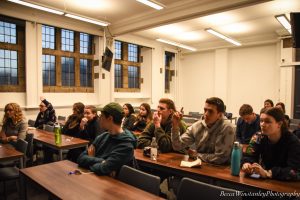 Freeman: “We have so many challenges ahead of us, we are only 70 years old, we are an amazing democracy and have achieved amazing, amazing things.”

“All of the issues you’ve raised are serious challenges, but I believe we’ll resolve them. I believe we’ll have peace with our neighbours for one simple reason…People don’t want to live in a state of conflict. ”

“If you leave here thinking that everything is black and white, you just don’t get it.”

With Britain so inward looking, it is imperative to have a more international perspective. I urge you with the Israeli election tomorrow on the 9th of April, and tensions heightening, to read about the conflict and its discrepancies.