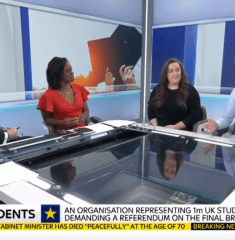 In interview with Tom about the NUS and other student societies’ proposed action to create a new referendum on any final Brexit deal, a female presenter introduces Harwood as ‘ex Durham Union president’. 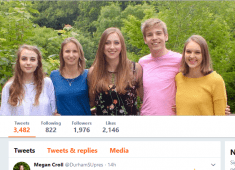 Our SU President on Twitter: is it okay for SU officials to single out individuals publicly?