HIV: a cause for concern? 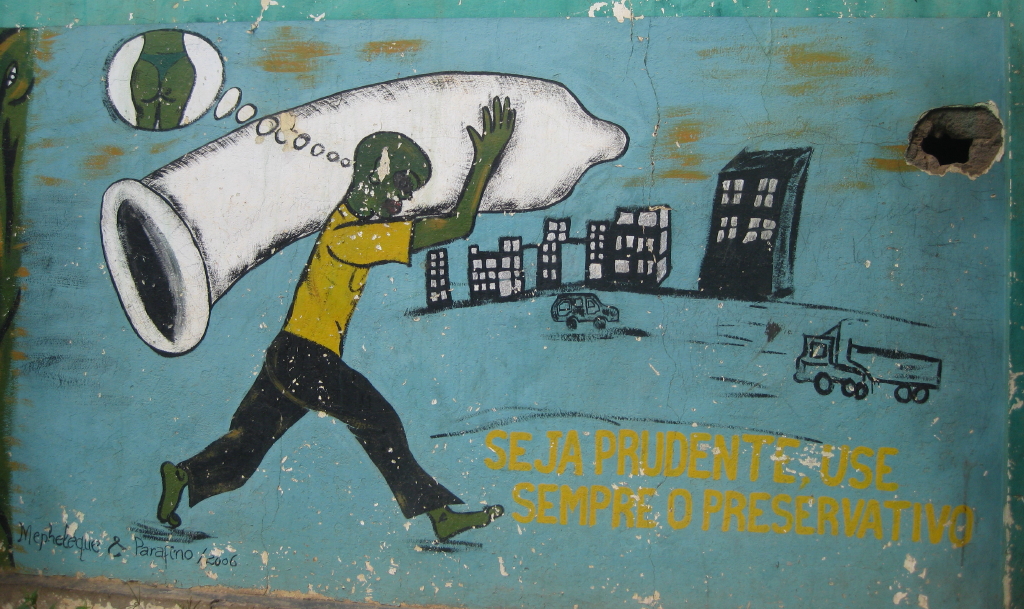 AIDS awareness painting on a wall in Chimoio town, Mozambique. The text reads: “Be careful, always use a condom.”

If you’re a Trekkie, an avid follower of pathology, or just love a good night in watching the soaps, you may have noticed one issue in particular popping up quite frequently across the media recently; HIV. A new report from Public Health England (PHE) was published this week revealing that there are now nearly 110,000 people living with HIV in the UK, with around a quarter of these people being completely unaware of their status as positive. These figures being at their highest to date marks the start of National HIV Testing Week, taking place from 22–30 November, with Dr Valerie Delpech, head of national HIV surveillance, PHE, declaring “We can’t overstate the importance of testing for HIV to ensure an early diagnosis.”

But what has this got to do with a good soap? You may have been enlightened by the lovely (but long overdue) announcement that the British soap scene is to have its first openly-gay soap opera character with HIV – the adorably handsome Ste Hay (portrayed by the adorably handsome Kieron Richardson) of Hollyoaks. The reason I emphasise its lateness to the soap scene is because it has been over 30 years since the AIDS epidemic of the 80’s, and no soap has taken it upon themselves to educate the masses on the issue of this disease from an exclusively queer perspective. Hollyoaks is known for its young audience, and specifically runs story-lines in order to raise awareness about real issues facing real people, as do many other soaps, so you would think that they’d have already been keen to cover this issue, whatever their intention – but the issue with public awareness and opinions on HIV goes further than that, right back to when we learnt that sex can be a risky business.

Thankfully, ‘Section 28’ was repealed just over a decade ago, but little has been done to improve the standards of sex education in Britain, especially in terms of homosexual relations. If you’re both intrigued and worried by the ominous sound of this so called Section 28, you have every right to be – it is an amendment to the Local Government Act 1988 stating that local authorities, particularly schools, “shall not intentionally promote homosexuality or publish material with the intention of promoting homosexuality.” Very Stalin, am I right? On 21 November, the sex and relationships (curriculum) Bill will be passing through Parliament for the second time, in the hope of creating a more robust curriculum for our children with regards to all things sexy and lovey, going beyond the current biological paradigm in sex ed of teaching simply ‘what-goes-where’. Unfortunately, like most attempts at progressive movement as of late, it is likely to fail in the House of Commons. Thus far, Labour, Green and the Lib Dems have stated in their manifestos that they will implement a more contemporary sex education curriculum. UKIP, on the other hand, are insisting that the rise in HIV numbers is down to immigration, with Farage advocating compulsory HIV tests for everyone entering the country, and refusing to let anyone who tests as positive to enter at all. No comment. 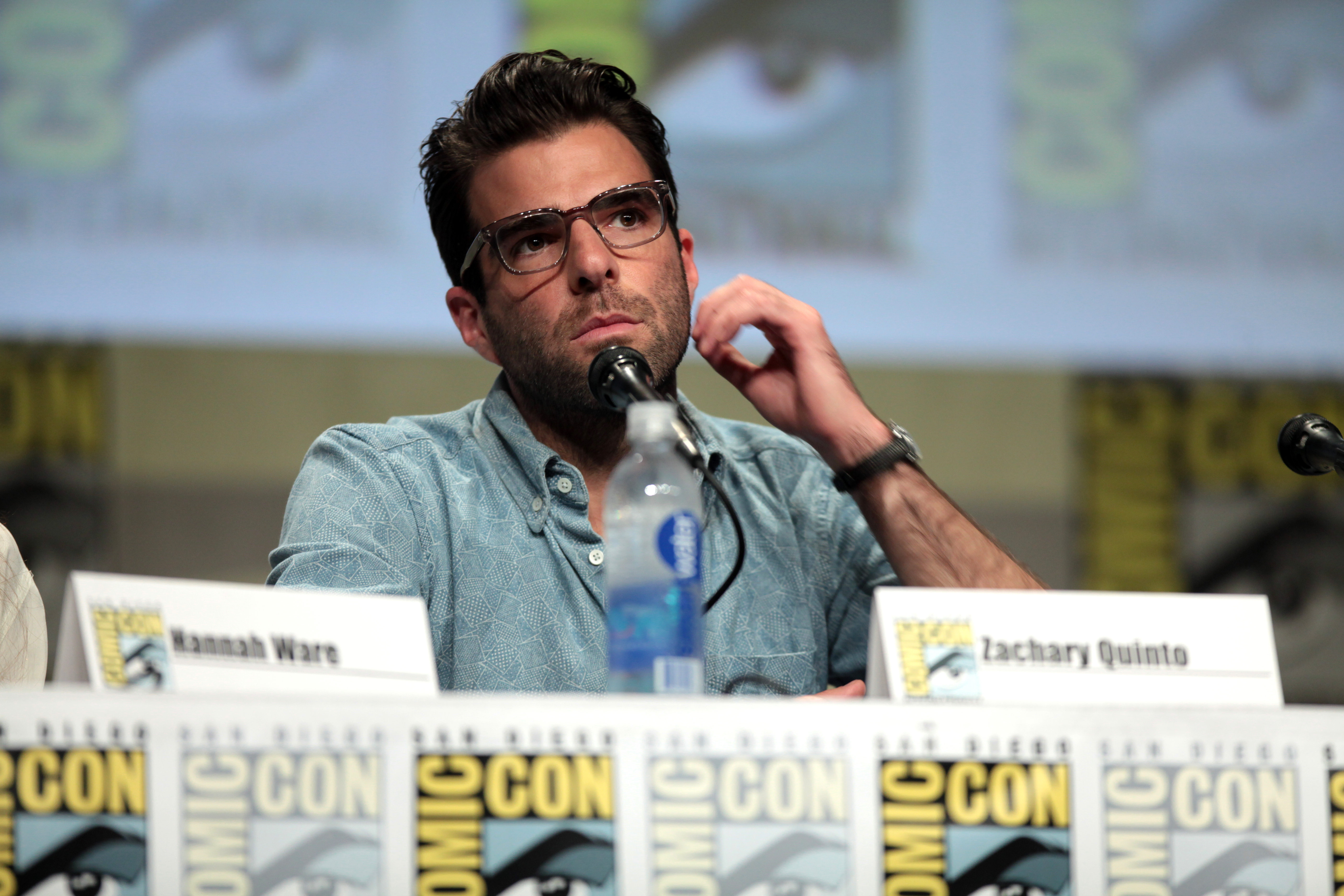 And what’s this about Star Trek? Zachary Quinto, star of the recent big-budget Trekkie film, has put his two cents in on the matter of HIV as a significant openly-gay actor, and has then promptly been told that nobody likes, or even wanted his two cents in the first place. In an interview with OUT100 magazine, he stated that “Today’s generation sees it [AIDS] more as something to live with and something to be much less fearful of. And that comes with a sense of, dare I say, laziness.” Of course, we can always rely on Twitter to crucify celebrities to within an inch of their lives for stepping out of line, and so it did; Zach was called out for portraying the LGBTA community as complacent and lazy in the face of HIV, apparently refusing to acknowledge the campaigning done by members of the community for change surrounding the illness, and Quinto has since apologised for any misconstrued expressions. But is our Spock raising a valid thought? Medical advances mean that those diagnosed with HIV early on in the infection have relatively little to worry about, especially when compared to those faced with the horror of the epidemic in the 80’s – even as we speak, trials are being carried out on drugs that suppress the transmission of HIV from one person to another, making unprotected sex with those who are positive less risky. Have we been lulled into a false sense of security? Should we really be that bothered about these rising numbers?

Yes, unfortunately, we should. Medicine is working marvels, but HIV is still a serious illness, and the best cure for this is prevention. 462 new cases of HIV infection among 15- to 24-year-old men who have sex with men (MSM) were confirmed in PHE’s recent report, and this rising number could possibly come down to one thing – not putting something on the end of it. A survey this year by the University of Westminster found that 70% of gay men think sex without condoms is more pleasurable. Although this may be the debilitating truth, prevention of the spread of all kinds of undesirable infections and diseases, including the inconvenience of procreation, starts with safe sex, and this should most definitely not be excluded from frivolities on campus (as much as you’re probably sick of hearing that).

I spoke to Joanna Gower, welfare officer at Durham University’s LGBTA society at St. Cuth’s, for advice on how to best keep our bits happy and healthy; “The best way to prevent HIV transmission is to use a condom or dental dam every time you have penetrative or oral sex. These are provided for free from most NHS centres, from university welfare officers, and from the LGBTA welfare officer in a confidential and discreet manner… The university counselling service and welfare teams also offer support for people affected by HIV.”

So although the rising numbers are a cause for concern, it’s safe to know that society is moving towards a better climate for change when it comes to the stigma and difficulties surrounding HIV; whether that be through the TV screen, in a sterile research lab, at your own university, or on the Enterprise. Keep all this in mind through your festive frolicking this winter – especially in December, wrap your member!