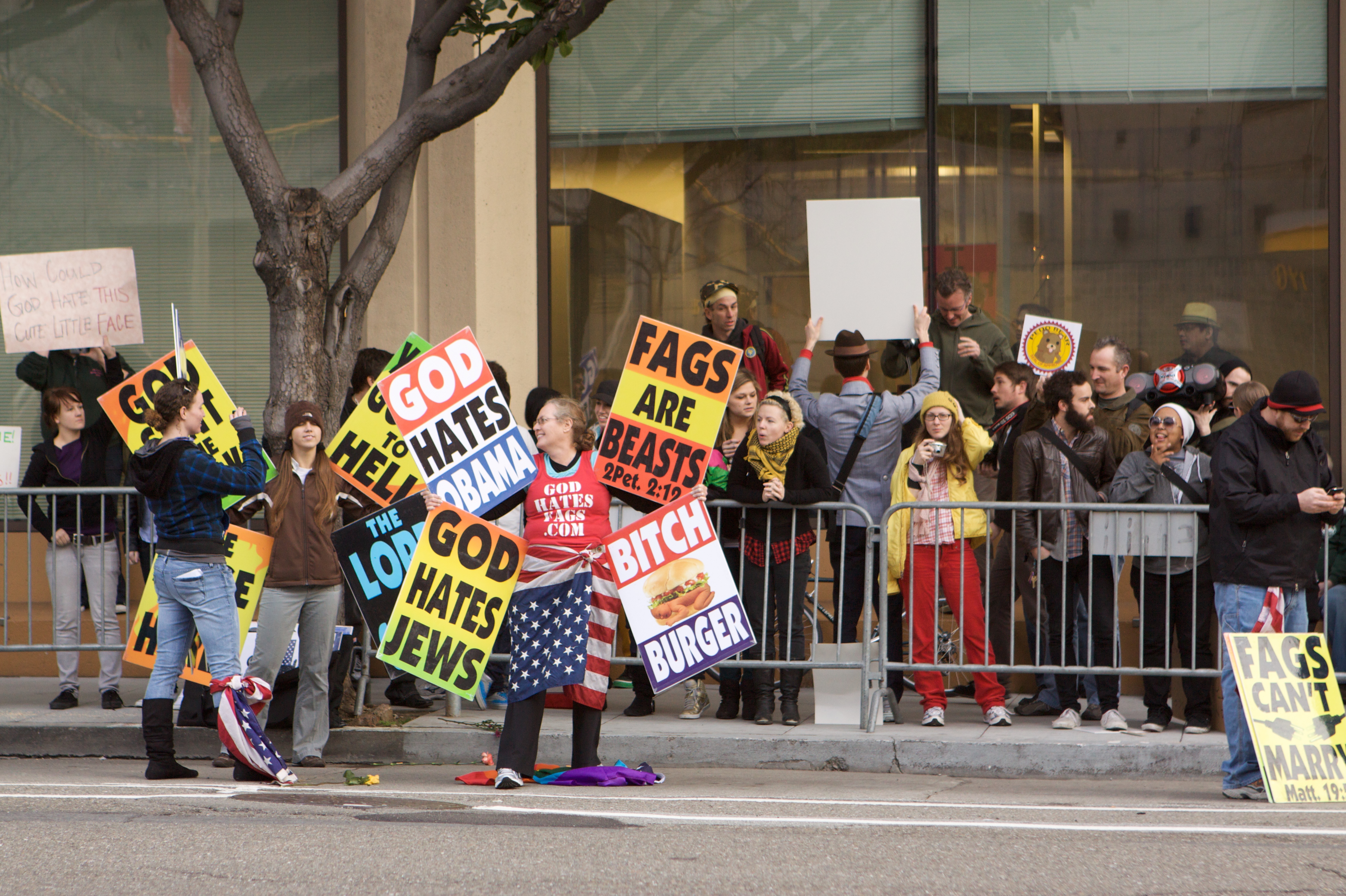 The recent death of Fred Phelps, founder of the controversial Westboro Baptist Church, leaves the Christian community facing the dilemma of how to show love to a man who preached hate and biblical untruths in the name of God. As an evangelical Christian, it feels inappropriate to feel anything other than contempt for a man who embodied the worst kind of religious fundamentalism. His militant behaviour has done incalculable damage to the perception of God in an increasingly secular and religiously ignorant society.

Phelps’ entire theology is centred on the premise that suffering in the world is the consequence of homosexual practice, which God punishes through fatal disasters. However, his sense of duty to warn the world against homosexuality led to extreme behaviour from his small group of followers, which included picketing the funerals of military personnel, celebrating terrorist attacks and waging campaigns against various high-profile people. Rather than proclaiming the truth that Christ died once for all sinners, his website’s address bore the unbelievably offensive words: ‘God hates fags’.

It goes without saying that his argument was both morally reprehensible and a blatant distortion of scripture in equal measure, offensive to all people regardless of belief system or sexual orientation. Many Christians in this country continue to exert an enormous amount of energy campaigning against gay marriage at the expense of furthering the gospel, but there is no credible argument within the mainstream that God is punishing Britain for the sins of a sexually immoral nation. The ludicrous suggestion made by UKIP councillor David Silvester that this year’s storms and floods were caused by God’s anger over gay marriage was met with derision by Christians and non-Christians alike.

Phelps’ unhealthy obsession with an issue seldom addressed in the Bible belies the notion that he was somehow speaking a spiritual truth that others were afraid to tackle in a largely accepting and tolerant society. Nor can Phelps hide behind the argument that he was merely speaking the ‘truth in love’, as Paul urges in Ephesians. There was nothing truthful about his contention that homosexuality is the sole cause of earthly pain; the Bible teaches that suffering is the result of our fallen human nature, the result of a world that does not work the way it ought because of original sin in Genesis 3. There is absolutely nothing loving about making a religious point, legitimate or not, at the funeral of a serviceman who died for their country.

When challenged by an interviewer of the opinion that God is not someone who hates gay people, but rather an omnibenevolent being, Phelps said this: “You’re not going to get nowhere with that slop that ‘God loves you’. That’s a diabolical lie from hell without biblical warrant”. This a remarkable statement from somebody who claimed to teach biblical truths, because the scriptural evidence that God loves all people is not merely made in passing reference (unlike homosexuality), but is arguably the defining aspect of his character. When Paul writes in Romans 8 that ‘nothing… will be able to separate us from the love of God’, Phelps presumably saw a tiny asterisk that clarified ‘except for homosexuality’ which the rest of us must have somehow missed. Rather than God’s love for all people created in his perfect image being a ‘diabolical lie without biblical warrant’, it is in fact that which motivated Jesus to give his life for all those who trust in his saving grace, even though we are all unworthy of salvation.

All of this makes it quite difficult to know how to respond to Phelps’ passing. Just because he abandoned biblical principles and teaching by celebrating the death of others does not mean that we should descend to his level and do likewise. Given that the gospel is characterised by love and grace, our theology would be as confused as Phelps’ if we were unable to live out those values in a practical way. Even though he was guilty of saying and doing things violently opposed to the gospel, it is humbling to look at Mark 7 as we rush to condemn him as the worst kind of sinner, for it makes us realise that God does not look on this wayward preacher as being any more sinful than each of us. Equally chastening is Paul’s assertion in Romans 3 that we ‘all have sinned and fall short of the glory of God, and all are justified freely by his grace through the redemption that came by Jesus Christ’. In other words, it is not the extent of our righteousness that secures us a place in the new creation, but our readiness to repent genuinely, trusting in the saving grace of Jesus.

Phelps was horribly wrong in most of what he said, stirring up hate with his biblical untruths, which makes it hard to forgive. Yet how much harder it must have been for Jesus to have mercy on those who hung him on a cross instead of submitting to his authority, or indeed the disciples, his friends who lost hope and hid for three days instead of having faith in their leader’s power of resurrection. In attempting to grow into greater likeness to Christ in character, we must reflect his ethic of forgiveness if we seek to emulate him. Indeed, it is a biblical imperative, Paul commanding us to ‘forgive each other, just as in Christ God forgave you’.

Fred Phelps was notorious for delighting in the death of other people, citing God’s judgement upon society as cause for euphoria. As his funeral has recently passed, it would send a powerful message if Christians did the opposite, celebrating God’s perfect redemptive power by showing the same compassion and forgiveness as Jesus first showed us.