The Lighter Things to Consider during Sensational Summative Season (Plus the next Malbecs instalment!) 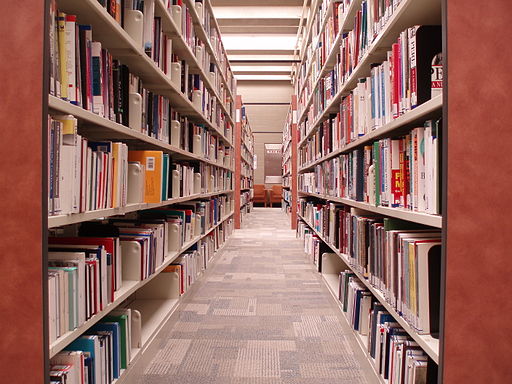 Never ending… Until the end. The end of May.

Alas, here we venture again – or for some among us, who enter as Bill Bryson’s new crop of 24/7 virgins – into the wilderness of Summative Season.

It’s easy to see yourself in isolation, as though nothing strenuous is happening to anybody else, those munificent ‘others’ who seem so suave and tranquil. You might, for example, feel that your department has personally earmarked your exam to be penalised for plagiarism, debauchery and acute racism. Not to mention other students have nicer hair (probably because they’ve found time to wash it).

Realistically, you’re probably not the worst. Look around; are you faring better than the person next to you in the library, YUM café or the college computer room? Better than the one who is sweating, gently sobbing, wearing their pants on top of their trousers, eating stale Wotsits and Snapchatting their new highlighters in a panic to an ex-lover’s cousin? We all know someone like this.

I would like to think that we all know there are ‘more important’ things than these essays and exams. Of course there are. We realise that in the pub after an exam when it’s BOGOF on burgers and pints. It is just incredibly inconvenient to be reminded of at the time, like hearing ‘only 3 miles to go sonny Jim!’ at the end of a marathon. Cheers, mate.

The point being, when ‘rebellion movements of Anatolian sheep farmers in 1622’ just won’t sink in, or the ‘single cell, multi-cell, cell-phone, cellulite, cellar cells of single-celled organisms’ get too much, just smile. What else can you do? I mean, we all use humour to get by. Make some jokes, share time with your friends – who by now are mildly fuming that you haven’t washed up that frying pan from March 2013 – and be happy about where you are.

If I was on MSN Messenger and someone said that to me, I’d reply ‘LMAO, r u jkin u obv dnt ndesrtand sumativ seezun’. Perhaps not, but it’s a hell of a lot better than sinking into the summative quick sand. These Wotsits are vile.

…He awoke hours before dawn, surprised to not find himself on the floor as his wife had not come to bed to resume her monopoly of the bed sheets. This concerned Malbec because the clock read midnight but it was not a full moon, and he could not hear any other wolves around so it could not be that time of the month. First losing the watch and then his wife; he threw his arms up in despair at the sad, unfortunate thought that he might actually find his wife first (in doing so he was unknowingly part of a Mexican wave started by Zeus and the other gods from above). Upon finding this out Malbec is said to have been very boastful and asked to see more of Zeus in the future.

Malbec walked down the stairs. To his confusion the bannister slowly disappeared. Vanished. Each stair behind him did the same. All around him the furniture, flowers, mirrors, carpets, windows, pottery, and kitchen utensils disappeared and left in their place a solid, clean gleam of white; even the Stella Art-work (as Mrs Malbec had named it after seven hours of deliberation) in his house had faded from a pint to a half, to empty and finally joined the rest of the house and disappeared. It was as though Malbec was on a film set of heaven. He stood surrounded by nothingness. He feared his search for the watch was hopeless but was buoyed by that fact that his wife was still missing, the place looked cleaner when she was not around…

We carry on next week! Alongside more aimless rambling on other things.