The Scottish tennis star revealed that he has two options for his future in tennis: to fight through the pain and play at Wimbledon, or to face serious hip surgery from which he may never recover

Having been defeated in the first round of the Australian Open by Roberto Bautista Agut, Andy Murray revealed in a poignant and emotional press conference that he may have played his final match. He has struggled with a chronic hip condition for over 18 months which has been both physically debilitating and mentally draining, given the immense pain he has been forced to contend with each day. In a tweet shared by the Australian Open, a statement from Murray is disclosed, “I spoke to my team and I told them I can’t keep doing this. I needed to have an end point…”

Originally, Murray had expressed his wish to play at Wimbledon this year, given that it is not only arguably the most prestigious Grand Slam tournament on the circuit, but it also takes place on home soil. However, a recent deterioration in his condition means that he may be forced to retire before the tournament takes place in London in July in order to have surgery on his hip. The chances of him returning to the game after the recovery period following this operation are far from certain, yet Murray has made it clear that his primary motivation for undergoing this medical procedure is simply to enjoy a ‘better quality of life,’ rather than for the benefit of his professional career, according to an article posted by the Evening Standard.

Following Murray’s spectacular five-set epic at this year’s Australian Open hosted in Melbourne, the crowd were shown a touching farewell tribute to Murray from other top tennis players, such as Roger Federer, Caroline Wozniacki and Novak Djokovic, congratulating him on his retirement and celebrating the multitude of achievements which punctuated his career. However, rather awkwardly for the organisers of the tournament, this heart-warming VT may have been premature, given that Murray is still currently undecided regarding his decision to face the surgery before Wimbledon or not. In fact, the tribute was created based upon a statement Murray made where he delineated ‘if this was my last match, it was an amazing 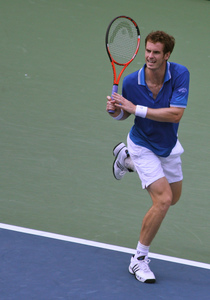 way to end,’ with the crucial indecision revealed through his use of ‘if…’

Regardless of this potential miscommunication, Sir Andrew Barron Murray OBE is certainly deserving of the appreciation, gratitude, and general good-wishes of his fellow rivals, friends and fans. Throughout his career, Murray has reached eleven Grand Slam finals – winning three of them – won two Olympic gold medals, and 14 ATP Masters 1000 titles. His 2012 Wimbledon victory, where he defeated Roger Federer in the final, made him the first British winner of the tournament in 74 years, and his career earnings are in excess of $70 million. His potential retirement will serve as a great loss to fans of the game, particularly the British ones for whom Murray’s accomplishments have massively boosted sentiments of national pride. A statue of him is due to be built at Wimbledon to honour the legacy he has created, which, alongside his knighthood, will serve as a fitting tribute to his contribution to the sport, regardless of whether he has or has not played his final game.