What does Brexit mean for British Sport?

Brexit, the controversial and prolonged withdrawal of the United Kingdom from the European Union, has had a vast impact on the political atmosphere and economic climate in Britain, as well as on trade, security and education, to name but a few important sectors. However, the numerous knock-on effects from Brexit will also impact the activities […] 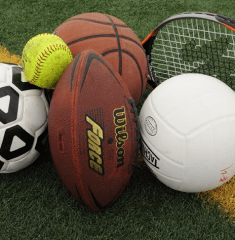 How to Keep your Fitness New Year’s Resolutions

It’s that time of the year again. January. That bleak and never-ending month where the temperature barely scrapes above the 2-degree Celsius mark, and everybody is seemingly miserable and skint. It is also the month where everybody guiltily resolves to become healthier and fitter following the indulgence and carefree festivities of the Christmas season. For […]