We can all enjoy Valentine’s Day thanks to First Dates! While the title sounds way too much like soppy-romance, I can promise you that you will finish each episode feeling so good about our world and dating.

I love it and have watched it for more than five years. That says a lot, as I have never stuck with a series for longer than six months (but would love to break this milestone). It is the only TV series I have had the attention-span to continue watching.

The premise: two people are set up on a blind date. They eat a meal together and decide if they want to see each other again at the end. Sounds pretty simple and like just another classic (and dare I say trashy and unrealistic) dating show.

But First Dates is a dating show with heart. 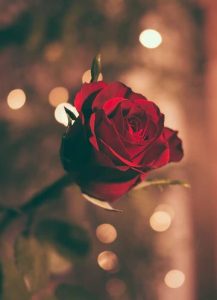 The perfect viewing for a certain romantic day. Image available on unsplash.

And I can safely say, it’s more than that. The show gives us a fascinating perspective into people – their intricacies, insights, and insecurities are really interesting to watch. It is a really human show. Most of the daters are incredibly nervous at the beginning and you can almost feel the awkwardness through the screen (which makes it feel even more realistic). Very soon though, they warm into it and the conversations feel so real. If it comes up in the date, daters will open up about their ‘backstories’ and life experiences. Unlike in many other shows (such as The X Factor), this doesn’t feel forced – it feels truly authentic and most of the time you are rooting for the daters. The show portrays each dater thoughtfully, and some of the daters are genuinely relatable which makes it so easy to empathise with everyone.

The demographic of daters is pretty varied, which obviously adds to the show’s refreshing and much-sought-after vibe. It’s not just the expected people who are finding love – it is everyone. As Steven McIntosh rightfully said, ‘First Dates is one of the few shows which can rightfully lay claim to embracing all kinds – including the often-neglected areas of age and social class.’  It is so heart-warmingly reassuring to watch those eighty-years-old and older meet someone new.

The show manages to balance the human element of dating, alongside actually liking someone. It’s clear that the daters are all matched very carefully. If you want to apply for the show, you’ll have to be very open about yourself – describing your personality, your relationship yes’s and no’s, your insecurities, your lifestyle habits, your appearance. And then you’ll have to present all of these in an interview. Dating isn’t easy, and this show certainly makes that clear – you’ll have to know who you are and what you want (yikes). But the final result certainly seems worth it as each couple seems so well-suited.

What makes this show even more enjoyable is the likeable staff. The waiting staff chat with the daters like they are friends and not just clients. There’s no sarcastic (and often cruel) voiceover. The entire show paints a really positive picture of dating. Fred and Merlin – the host and the barman – are so charismatic and put the daters naturally at ease, which makes the viewers feel comfortable as well. There really is a constant ‘rooting for you’ atmosphere – another part of what makes this show so enjoyable.

Although it is impossible to work out the success rate of the show in some mathematical formula, from watching all of the episodes, I am pretty sure it is successful. The show’s matchmaking magic has created two babies, as well as multiple marriages.

The show is also a fantastic escape from real life – I often use it as escapism and watch all episodes smiling throughout. Even when dates don’t go well (pretty standard in real life), it is mostly polite and treated really sensitively. 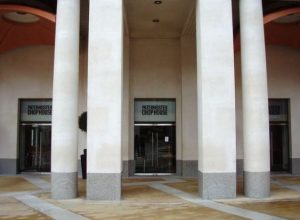 As someone who is one of the most disloyal TV viewers on the planet, I can safely say that having watched all possible episodes, as well as all episodes of First Dates Hotel (this gives dreamy holiday escapism too), it is so easy to become positively addicted.

And with its quick and safe adaptation to Covid restrictions – no face masks or social distancing – the new series continues to make for the perfect escapism. Now, the show is filmed at a new location in Manchester. The new look is refreshing and I think more realistic as the restaurant is way more relaxed and looks more down-to-earth.

I am a little hesitant, though, about one of the changes made in this current series – the tables have now been placed closer together which gives the daters more opportunity to gossip with each other. This increases the TV drama but makes the dating less realistic. It’s pretty unlikely in a ‘real-life’ restaurant that all tables are hosting dates and customers are all talking across to each other. So, I hope they remove this element before the show loses its natural human charm. Luckily, the new series is just as loveable, and this change isn’t super imposing!

If you are just starting on First Dates – you have a lot to catch up on! Luckily for you, most episodes are available on Channel 4 On Demand. The Valentine’s Special was shown on Channel 4 earlier this week but it is still available On Demand.

I am about 110% sure you will love this show. 100% of the people I have recommended it to now love it, so the success rate is pretty high! It makes a great lockdown video call watch with friends too! And, of course, it’s perfect for the 14th!

As Valentine’s Day rolls around again, I would totally recommend First Dates, either to reinforce your hope in love, or to reignite it again. Even the most love-cynical people will find the show impossible not to enjoy. Unlike most of the Valentine’s Day TV stock, this is a show that won’t make you cringe or feel bad. It is perfect for every occasion.