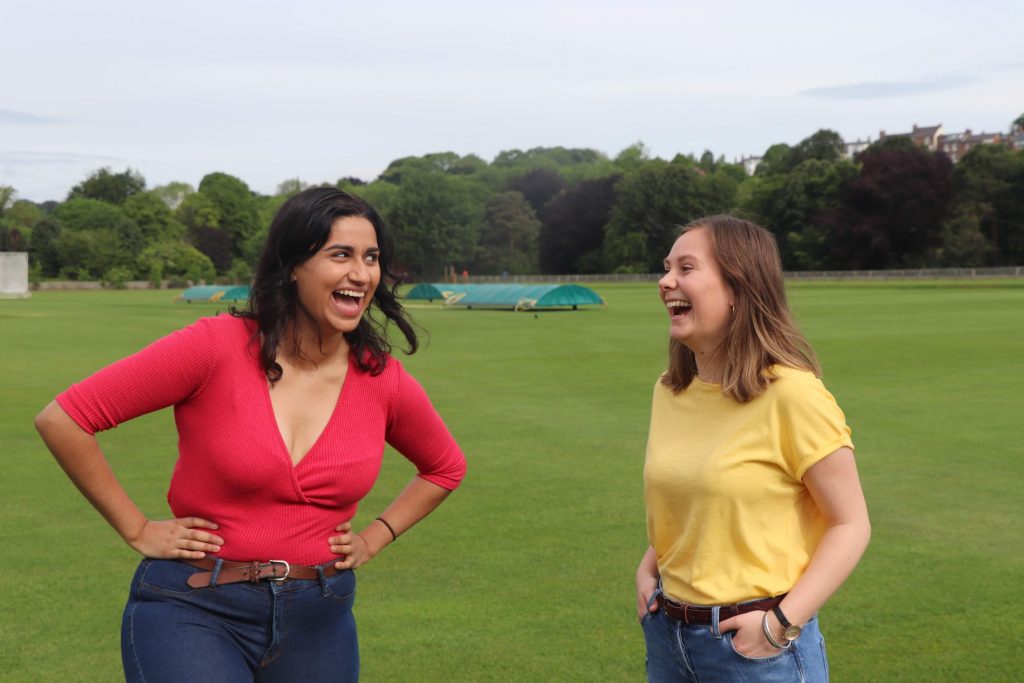 Sightline’s Queerbaiting, written by Sophie Wright and directed by Kimran Rana, is a heart-warming ode to bisexuality, starring Maddie Lock and the effervescent Lily Ratnavel. The play follows a Wednesday evening at the house of two bisexual women in their mid-twenties: Beth, a primary school teacher who struggles with the ownership of her sexual identity, and her loud and proud roommate Lizzie, who has a “shitty bartending job” that she thoroughly enjoys. Lizzie is set on giving Beth an education of queer pop culture history through weekly film nights, but when her list of films lands on Bend It Like Beckham, Beth’s enthusiasm falters, and she refuses to watch the film.

The play’s script takes a while to reach the central conflict, interrupted by mundane conversations that roommates regularly have but don’t really add to the narrative. However, once Lizzie pulls out the laptop and Beth alternative picks for the night are shot down, the tension really intensifies, and the audience finally gets the answer to the question: Why is Beth so passionately against watching Bend It Like Beckham? It is when the answer to this question is unravelled through the course of the play that the chemistry between the two leads starts to solidify, and once it gets there, it’s an absolute joy to experience.

Ratnavel’s performance as Lizzie is incredibly endearing; I especially enjoyed the awkward living room dancing. In such moments in the play, Lizzie’s character felt much more humanized and fleshed out than Beth’s; she is vulnerable yet assertively herself at the same time, and her internal conflicts and intentions are defined clearly once the play ends, giving the audience a strong sense of satisfaction with Lizzie’s character arc. Beth seemed a little less whole, and not because she wasn’t as self-assured as Lizzie, but simply because there was still more of a story to be told with her journey of self-acceptance. In fact, before the audience really knows what her motivations are, her character seems to dampen the spirit. However, both are brilliant in exploring the complexities of bisexuality.

The play strongly executes its lighter moments; the jokes and pleasant awkwardness that are sprinkled across the script are what make it stand out as a script with a lot of heart. However, the dramatic moments seemed unnatural and unnecessarily tense at times. Silences and pauses in dialogue could have been added a little more sparingly, and instead of increasing a sense of conflict, they simply slow down the action when instead the powerful and heartwarming dialogue could stand to speak for itself.

Ultimately, Sightline’s Queerbaiting offers moments of pure joy and upliftment, and while it falters in some places, it does what it seeks out to do: explore the labyrinth of what it means to be queer and how that meaning differs from individual to individual. While it could do with a bit of polishing and development, it is well-written, well-cast and incredibly well- performed. As Beth says in the end, “being bisexual is exhausting”, and Queerbaiting succeeds in capturing that wonderful chaos.

Sightline Productions’ Queerbaiting is on 19th June at 6pm in The Spare Room.