The White Desert: Let It Snow! 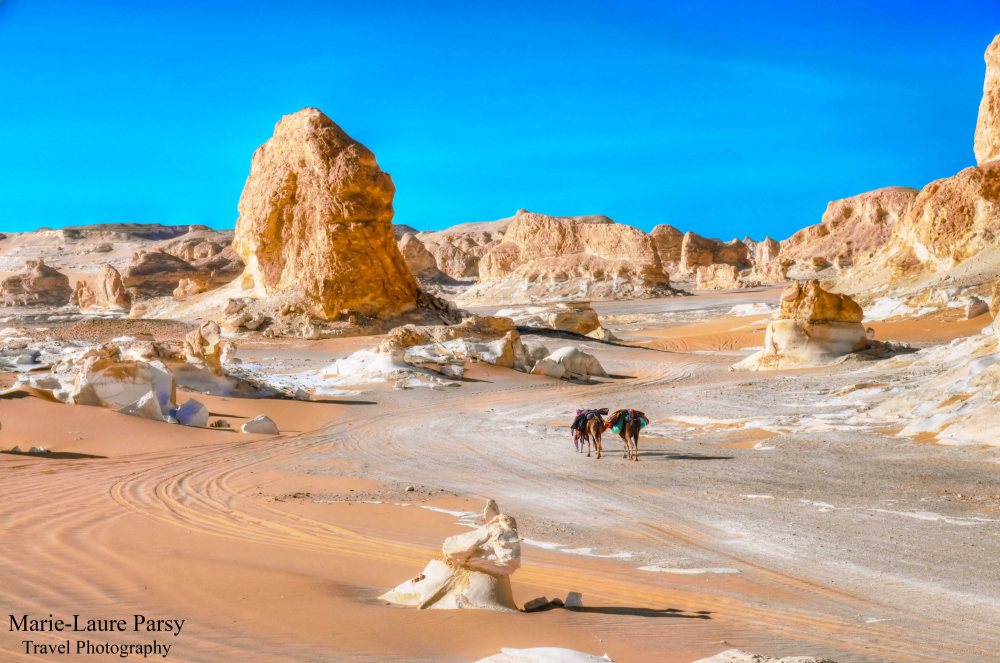 A surprising slap of whistling blizzards bashed Europe white as a turmoil of unprecedented furore was set to boil 2000 Kms South. A few days before the Arab Spring, unaware of what disgruntled whispers were foretelling, I had felt the pressing need to escape ice-trapped cabs and tea cups to bake a hint of seasonal depression black in a decent scorcher. My motivation was peaking, but my free time was running thin. Scanning a mess of maps and piles of books, my attention suddenly caught on a freckle of white in a vast expense of gold. Drawing lines, calculating times, within a couple of hours a plan was set and my feet were tickling, ready to cross a small part of the Egyptian Sahara called the White Desert.

I skidded to Paris, driving down a frosty line between patches of night.

Upon arrival at Charles-de-Gaulle airport, the ice suddenly melted, and buckets of cold sweat drenched my spine, my legs taking on the well-known consistency of over-boiled spaghettis: limpy, shaky, squidgy…

One look to the departure board and my fate seemed set: A long line of blinking red letters screamed “Cancelled” to the bleeding ears of poor travelers, sealing their feet to a stop. I was already picturing my way back, my adventurous soul humbled to her knees by Nature unleashed. But a flicker of green caught my already-misting eyes… There, in the midst of desolation, the Swiss International flight to Zurich was ready for boarding, seemingly happy in its natural environment of twirling powder, precise as ever and on time.

We left Paris howling in panic under 10 cm of snow and, 4h30 later, slowly started our descent into the polluted labyrinth of the Egyptian capital. The next day, we would be heading South and leave the asphalt to bury our feet into the golden banks of the Great Sand Sea. 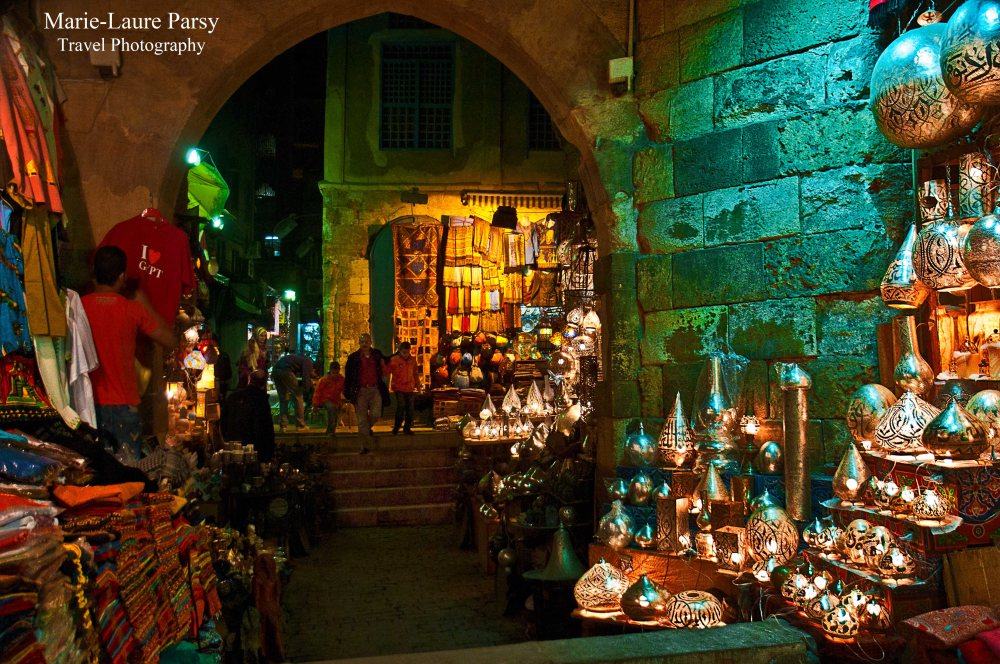 One thing about Cairo is to stand straight, head up, perform quick scans of the environment at the speed of four to six 360 degree turns per second, and keep a target sharp in focus.The second option is to let yourself be trapped in the whirlwind of its swarming life, head flapping uncontrollably from one side to another by incessant slaps of colours, nostrils raw and dilated, lost in sweat and scurf. Apoplexy would tighten your chest, and you’d end up tightening your teeth in response, clenching your jaw around dry pieces of tyres that somehow ended up stuck between your teeth after a quick succession of non-stop collisions with the hustling traffic.

In this dusty anthill of 6.76 million inhabitants, Al-Qahira “The Victorious” shelters spellbinding relics of its grandiose History. They overflow all-night long, spilling their proud and welcoming population into a network of interlacing arteries, make the city breath warm with life.

After a busy night, rucksack on my back, I got my first impression of winter in Egypt. There was sun (Red Giant-style), there was light (Laser-style), and there was heat (Fusion-style)… My bones seemed to melt in my chest. They oozed from the pores of my skin in a deluge of salt, flavouring my flesh ready for a quantum grill. And then I headed South… 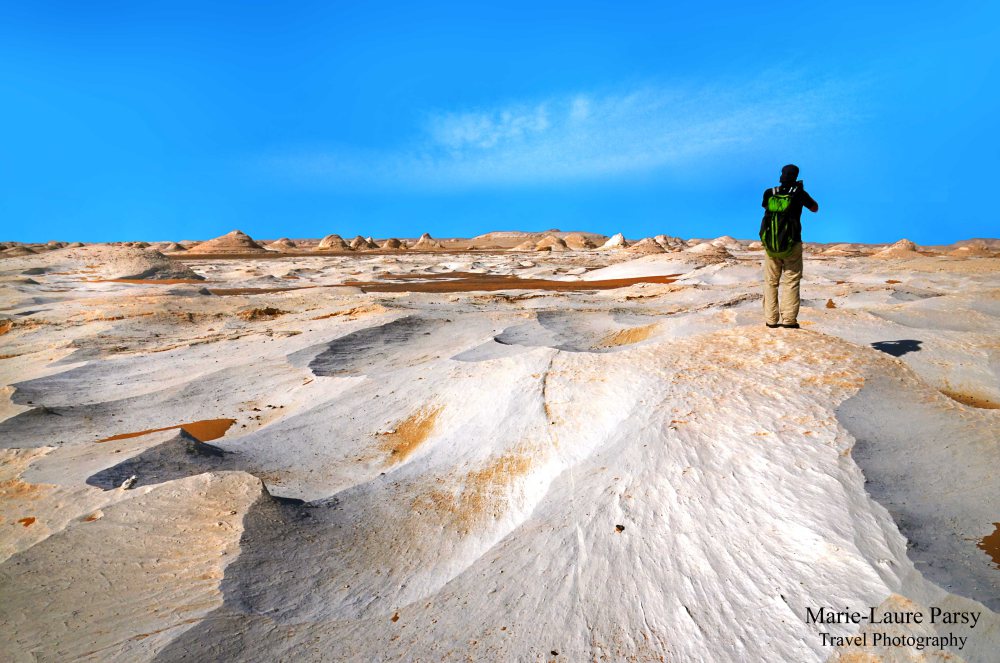 “My world divided into two”.

Halfway between Cairo and Assouan, a small national park of clay and sand safely black-holes travelers into Saharan immensities. Sahara el Beyda, the White Desert, is an otherworldly landscape of creamy waves crowned by sandy foam, a prehistoric seabed that now tans its skin in an endless summer. In the East, mushrooms of limestone arch the ground, while the western wilderness whispers tales of caravan expeditions lost in sand storms and extreme aridity.

My steps in the Great West echoed the scamper of a fennec, my feet burnt as the furnace above descended on the ground below. My world divided into two: a pure sky of kyanite that splashed agate as the moon rose, mating with twirls of citrine that crackled and hushed with the breeze. A few days of enchantment, on the edge of disillusion. The East side was rabid with truck tracks, the sand lepered with steps and tyres, the cool solitude of Saharan nights vanished in the lamps and piques of luxury-seekers who eagerly took out their compacts and flashed us like rare game as we came round an expanse of pre-set tents.

The sandy seabed started to crumble, our trek took on a sour taste of bile and guilt and shame. As at the deathbed of a maiden, we wept the ravaging of grace.

Regular buses in Cairo leave from the Turgoman Square bus-station. They depart on Monday, Thursdays and Saturdays at 08:00am. Expect a journey time of 4 hours to reach Bahariya (320Km) and 6 hours to reach Farafra (540Km). The tickets coses 10LE or 25LE respectively.

The White Desert is a National Park: expect to pay a small fee in the Tourist Office on the way in.

Bring water with you! You won’t find any source of water in the desert itself!

This article was originally published on Marie-Laure’s blog. It is reproduced here with her kind permission.