Dapper Laughs: How not to date women 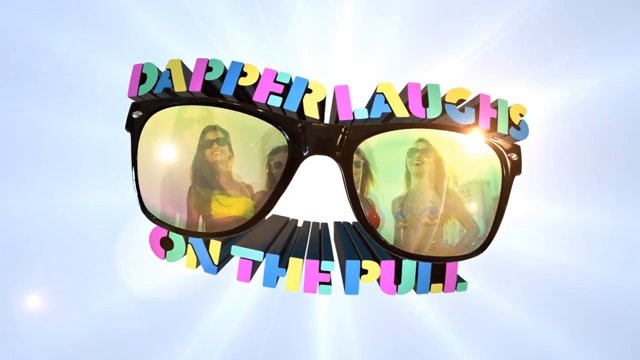 Recently there has been a lot of controversy over Dapper Laughs, so much so that ultimately (and thankfully) his ITV show Dapper Laughs: On the Pull has been axed. I first came across Dapper Laughs as I imagine most did, via my Facebook feed – some daft little seven second video of him shouting at a random girl. I ignored it, as there’s always going to be some talentless fool who can trick people into thinking he’s funny with shouting and quick camera cuts.

Next thing I know he has his own TV show. He’s been picked up by ITV, and they want him to make a show in which he teaches young, straight, white men how to ‘pull’ – not ‘date’ (the show’s star Daniel O’Reilly, AKA Dapper Laughs, makes this very clear). A month or so later, after his show has aired, the public are demanding both his head, and for the show to be axed. I thought, “well, he must deserve it”, but I’d only heard what friends and online articles had to say; all of them condemning him for his sexism and perpetuating misogyny. Naturally, when someone is offended this much, the army of ‘lads’ emerges in defence of its heroes and becomes very aggressive about the fact that people have taken offence. In their minds, you are the fool to take offence from ‘banter’; you are the problem.

I decided to watch the first episode to find out for myself what was truly wrong with Dapper Laughs. If you’re expecting me to say that I watched it, and it wasn’t all bad, I’m very sorry to disappoint. The show begins with its host professing his success when it comes to attracting females, whilst picking up a pint. He goes on to say that he is going to use his ‘expert knowledge’ (in which field, I have no idea) to help his lonely suitors find love, and to hopefully come close to achieving the modern Casanova that is Dapper Laughs. To my surprise this initial sequence is supposed to be a ‘joke’, as the lens filter is removed and Dapper Laughs reveals his true intentions: ‘to help people (straight men) pull’. Hilarious! You’d only want to have meaningful contact with someone if you’re soft! Brilliant joke, Daniel.

‘How is pulling different to dating?’, you might be wondering. Well, my friends, pulling is the only thing that matters! It’s sex, of course! This is the 21st century, this is the decade of the ‘lad’, and as if young men didn’t have enough to worry about, now you have this mustachioed idiot telling you that your value as a man (or ‘lad’) is totally dependent upon your ability to manipulate girls into having sex with you. Dapper, being the lovely, empathetic guy he is, stands outside the house of his first poor soul, feeling ‘sorry for this fella coz he can’t get none’. I am sick and tired of value being placed on sexual experience – being inexperienced is not something to be pitied. It is not the end of the world if someone doesn’t have much, or any, sex – don’t let anyone tell you otherwise.

As the show goes on, Dapper frequently objectifies women, to the extent that it almost hurts. A few of my favourite lines are ‘pussy repellent clothing’ – flat out placing the sole value of women in their vaginas. Dapper gives one piece of advice, which is ‘don’t treat girls like your mates’. This initially sounds like hardcore misogyny, but within its context lies a much more painful message; yes – that’s true if you treat your mates like morons. After giving out this order we are shown a montage (obviously staged) of Dapper Laughs disgusting a female, using various comments and anecdotes to illustrate his commands.

At around the halfway mark, I started wondering what the intended target audience for such a ridiculous show is. That is, until Dapper clarifies this for us. It’s straight, white, male university students of course! It’s the ‘lads’! Dapper covers a range of topics for university students, such as ‘who to sit next to in class’ – obviously it’s the most attractive girl! It’s also a bonus if she’s intelligent (not mandatory – it’s not intrinsic to us ‘lads’ to value women), ‘that way you can copy her work and stare at her boobs all day’ – a direct quote. Then Dapper talks about sleeping around during Fresher’s, and encourages men doing so to give out fake names to avoid getting a reputation, because they won’t want to sleep with you if you gain one. Just in case you weren’t clear on that one, that’s ‘lie to women to get into their pants’.

But why would he get a show in the first place? This is something that puzzles me. Surely there are people hired within ITV who saw what was going on? Someone must have a say in what is OK to be aired, and what isn’t (never mind that it’s a terrible television show). There must have been at least one person at ITV that knew that this wasn’t OK. I can only pin it down to one thing: these ‘lads’ who champion the flag for banter are now leaving university, they are finding work in the real world, and they are the people who get jobs as television executives and producers. Then they’re approached by a straight, white man, with a comb-over and a nice shirt, and suddenly they realise they have everything in common. They both love banter, they both love ‘pulling’ and – Hey Presto! – now they’re both making money from the banter and pulling they loved so much at university, in the form of Dapper Laughs: On the Pull.

I must clarify that my anger isn’t directed solely, or chiefly, at Dapper Laughs; my anger is at ‘lad’ culture, and a society which thinks for a second that this garbage is OK. Condemning Dapper does absolutely nothing for anyone. Everyone can see that he’s a fool. This is not a witch hunt – we can’t just burn him at the stake and think everything is fine. Although a manifestation and figurehead of lad culture, he isn’t the problem. We must instead condemn this ‘culture’ itself.