Gwent: Addictive Game within a Game 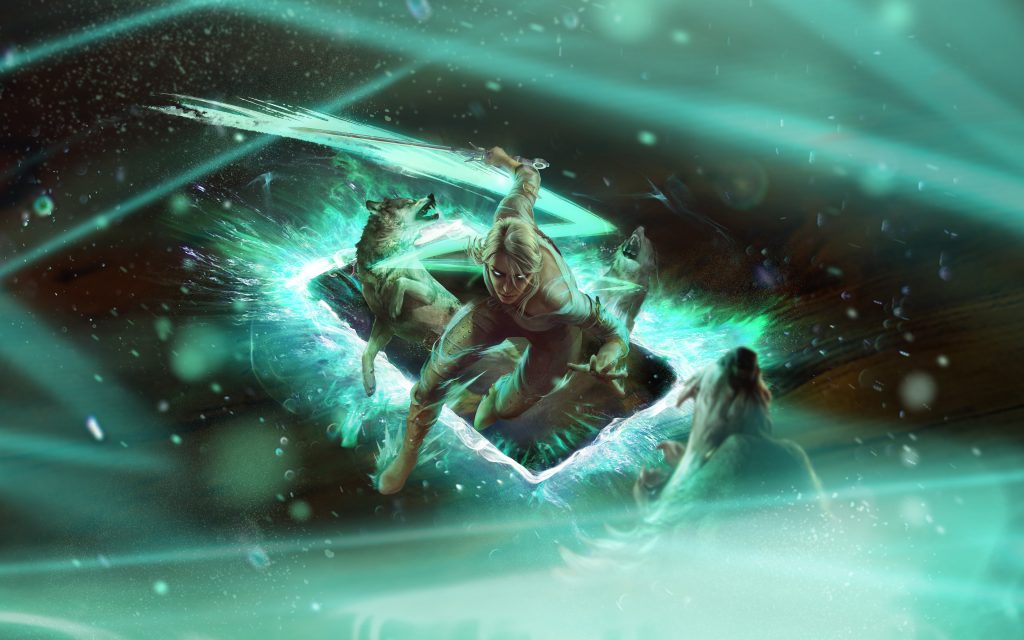 After the Witcher 3 Wild Hunt game won more than 200 awards in 2015, CD Project Red released 2 DLCs and apparently they felt the need to cover every detail from the Witcher books. The card game is mentioned when Geralt, Ciri and Triss meet the grumpy iconic dwarves in Sapkowski’s world and their most memorable representative Zoltan who later becomes a loyal friend in need. As they are travelling for a while, by the fire the dwarves are seen spitting swears and discontent at a card game when someone wins, which Geralt tries but cannot show any impressive skills like his sword-fighting. CD Project Red decided to bring the card game to life in their own version of the Witcher world where the rules are just as peculiar as the monsters on the cards. Currently, it has only the closed beta released in 2016, the public beta 2017 and a final single-player release out of beta is scheduled to be sometime in 2018.  The game is playable on cross-platform play between PC and console versions but between PS4 and Xbox One is not supported. Gwent is a collectible card game that simulates a battle between two armies which is reminiscent of Heroes of Might and Magic(sieges specifically) and Hearthstone (another card game). 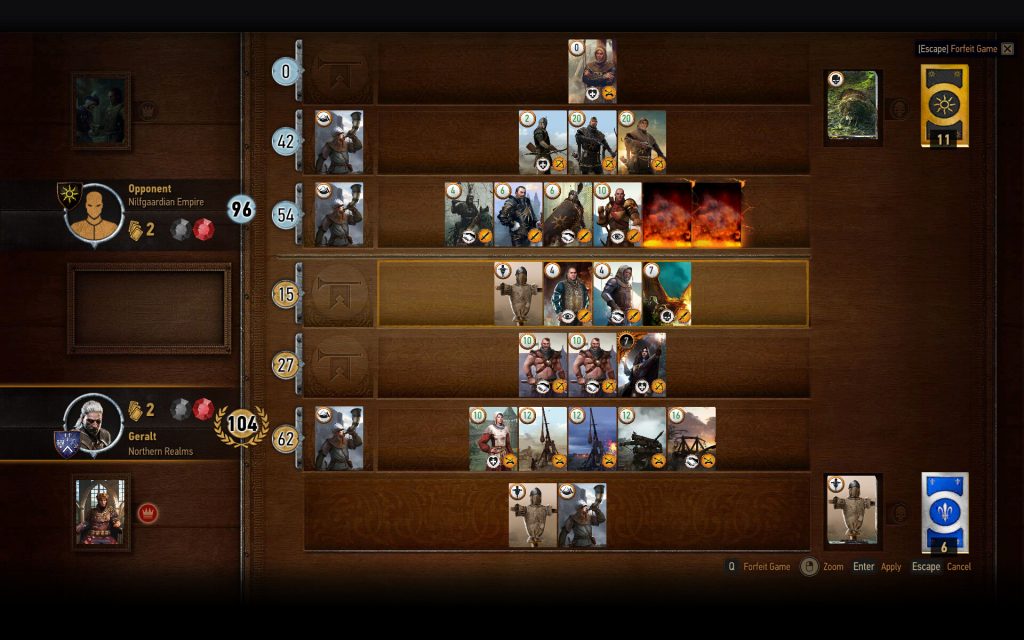 The goal of the turn-based game is to win two out of three rounds by playing a card from a deck of 25-40 cards which are spread in five factions with different play styles and unique abilities: Nilfgard, Northern Realms, Scoia’tel (rebel elves), Monsters, Skellige – familiar to every fan of the Witcher books and games. Meaning, you collect your own decks from over 150 cards that have various (counter)effects to enemy ones in different situations and serve their own purpose to gain the upper hand. You develop your own strategy with spells in order to gain strength on the board and when you actually win, are rewarded ores, scraps and cards. Microtransactions or just using ores can buy you kegs which can give you up to 5 additional cards and if you are lucky, you can choose the rarest from three of them. If you are creative enough, scraps are useful to create your own cards from scratch. Every player needs to have a full deck of at least one faction in order to participate in a game – minimum of 22 cards and maximum of 10 special cards (offer strategic bonuses). The deck can be made of faction-specific units or Neutral ones, when there are more than 22 cards, the player can choose to omit them in order to draw a better hand. To win a round: the total strength of your cards on the board should be greater than your opponents. At the start, 10 cards are drawn from the deck and there is the option to re-draw 2 of them like a card with no strategic value. Then a coin is flipped to determine who is to make the first move. The unit cards are placed by the player in different tiers like Close Combat, Ranged Combat and Siege Combat. Fortunately, having bonus abilities on a card can give you additional strength to cards in a specific row or re-draw a discarded unit. On paper it looks more complicated than it is in practice – it is fluid and intuitive after several rounds. 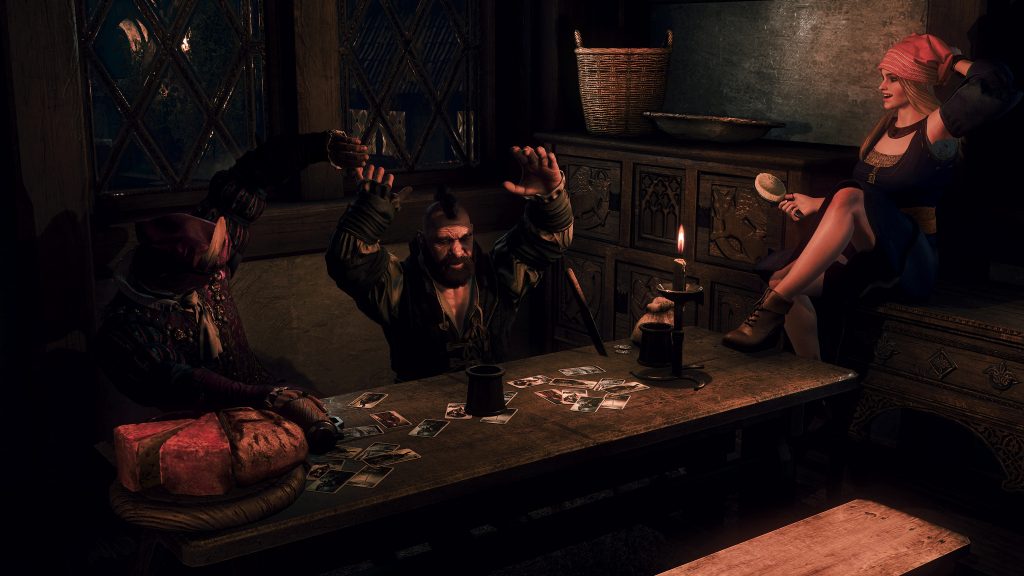 Some tips that can increase your chances of success until you get the hang of it. The crucial point is to keep count of your own cards and of your opponent’s because when you are left with more cards in the last rounds of the game, it is logical to be left with a more flexible finishing strategy which gives you a number of ways to outscore your rival. It may seem strange to people not so familiar with board games, but to have more cards in the end you need to lose purposefully some rounds in the beginning and as your opponent tries to outscore your high value cards with a greater number of their own  cards or by using a high value one they have been saving for later. It would incentivize them to outscore you if you have like 10 scores more which requires at least two standard cards to be used or one powerful card. As they win the round and become confident, you have an advantage by having a higher number of cards and a greater chance of winning the next two rounds. Moreover, if you are keen to be better at the game, it would be relevant to look up the most effective legendary and epic cards that are worth the cost of crafting as they are rarer and you would not end up with crafting something you already have. A good place to start is with the Neutral cards because they can be played in every faction and give you a competitive edge with a variety of decks, or if you are into classes which can be maximized, you can just pick a faction.

To sum up with an inspirational quote from the novels (recommended for everyone new to the franchise): “Invented by dwarves and perfected over centuries of tavern table play, Gwent is a game of initial simplicity and ultimate depth, something beloved by both road-weary travellers during long nights around the campfire and elegant nobles looking to liven up dragging dinner parties.”