So you’ve finished your exams! Congrats! However, now that you no longer have to revise, you also have a sudden void of free time that’s opened up and the current circumstances might mean you don’t have much to fill that time with. Well, fear not, because here are some games for your post-exam lockdown life.

I’m going to set out two categories of game that are best for sinking your time into: this week I’ll be discussing life simulation games, and next week I’ll talk about open world exploration. Of course, there are other types of game that will work, but I think these two categories are the ones that are designed for this purpose, namely absorbing as much of your time as possible. So maybe don’t get into these when you’re still revising.

This game could not have come at a better time. Animal Crossing as a series is so popular because there’s no real pressure to do anything. This may sound boring, but it really isn’t, because although you’re not pushed to do anything in particular, the options you have are extremely broad. You can fish, catch bugs, collect furniture for your house, pay off your mortgage to make your house bigger, buy gifts for your villagers, make custom designs… the opportunities are even greater in New Horizons because you also have the option to terraform your island, allowing you to mold your island however you want it to look, with the ‘Island Designer’ app. 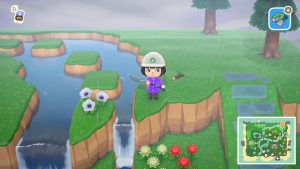 It lets you remove existing rivers and carve out new ones, erase and build cliffs, and lay down paths. Therefore, if you wanted to, you can spend so much time remodelling your island to get it to look however you like: you can make a tropical paradise, a whimsical forest, or, you know, the face of Danny DeVito. The options are endless. You can also craft furniture and tools: 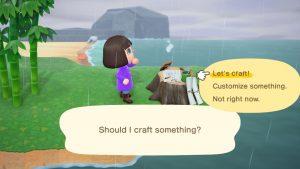 But you also don’t have to do anything like that, and that’s the charm of Animal Crossing. Do you just want to hang out with your islanders all day? You can do that too. It would be great to see some features from previous games make their way over, such as the option to do diving like in New Leaf, but for now I’m happy with this super-cute life simulator. And if you don’t have New Horizons but you’ve played Animal Crossing in the past, why not dig out your old 3DS, DS, Wii, or (dare I say it) GameCube, and check out what’s going on in your old town? 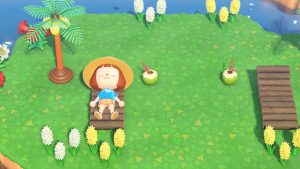 Stardew Valley (PC, PS4, Xbox One, Nintendo Switch, and most other platforms, 2016)

Stardew Valley is one of the most charming indie games I’ve played. The farmer (that’s you) inherits their grandfather’s old farm, next to a small community known as Pelican Town, and sets about improving the farm and making friends. You can grow crops, keep animals like cows and pigs, explore the mines, collect bundles to help restore the Community Centre, and build up relationships with the townsfolk (you can even choose to marry a resident of Pelican Town, provided they’re not already married or on the older side, and they’ll come and live on the farm with you – you can even have children eventually). 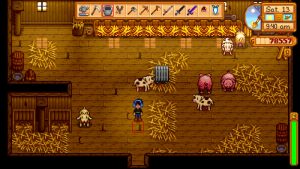 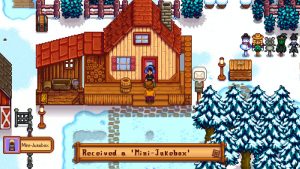 The farm during winter 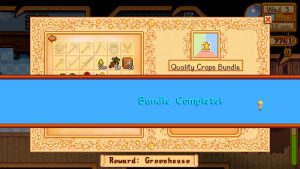 The game cycles through the seasons, and this changes not only the scenery but the crops you can buy and grow, too. You can’t grow crops in Winter without the use of the greenhouse, except for a select few, so that’s when you’ll want to focus on getting to the bottom of the mine, and that is no mean feat. There’s never a slow season because you’ll be growing crops and tending animals for most of the year, and when you’re not doing that you’ll be in the depths of the mines fighting off enemies, or giving the townsfolk gifts and performing quests for them: you can also cook food and craft items, and gain new recipes from the TV most days. There’s different seasonal events like the Fair, the Spirit’s Eve festival, the Flower Dance, and the Feast of the Winter Star, too, and they are all a lot of fun. 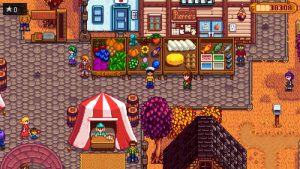 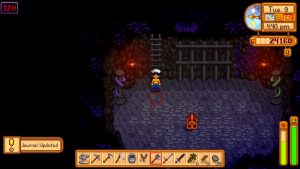 Stardew Valley is probably one of those games that you get really into for a few weeks or months and then leave it for a while before eventually coming back, but it’s a fantastic time and a wonderful indie alternative to other farming games like Harvest Moon, on which this title was based.

This is an obvious choice for a life simulator game: it’s The Sims, the clue’s in the name. In many ways it has a lot of the same appeal as Animal Crossing, given that you can micro-manage the denizens of a town, all of whom speak a strange and incomprehensible language. But The Sims is a lot more like real life, which might appeal to some more than the cutesy island living of Animal Crossing. 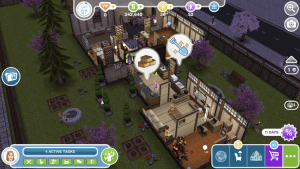 A screenshot from The Sims FreePlay

I probably don’t need to explain the core gameplay of The Sims in too much detail: you manage the day-to-day lives of your Sims, which involves customising their houses, forming relationships with one another, cooking dishes, getting a job, visiting other ‘worlds’ or areas, and many other optional things that you can access either through DLC or updates, depending on which version you’re playing. Though this core purpose and experience is largely the same across FreePlay, Mobile and The Sims 4, there’s some pretty major differences. Both FreePlay and Mobile are free-to-play, but FreePlay has more content and ends up taking up more of your time, largely because activities take place in real-time, and your Sims won’t act of their own accord as they do normally – they must be directed. I played a lot of FreePlay in school five or six years ago, and really enjoyed it: it does drain your phone battery as you might expect, but a lot of the fun comes from spending the time directing your Sims to go about their day, and then you can come back later and reap the rewards (usually Simoleons). I have less experience with Mobile and The Sims 4, but Mobile is a bit more like the PC and console versions of The Sims, and is better-looking than FreePlay, due to being far more recent. 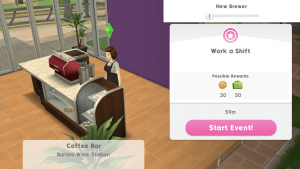 A screenshot from The Sims Mobile

The Sims 4 offers a fuller experience (plus your Sims will act on their own initiative, whereas they won’t in FreePlay), with various expansion packs and options: however, of course, you have to pay for it (unless you catch it on a promotion and it’s free). Overall, though, you can’t go too far wrong with any of these options, and it’s easy to see why The Sims is such an iconic series.

So those are three excellent life simulation games: part two is coming next week. Given how different life is currently, there’s something very comforting about having games like these, and even if we can’t go out and socialise like we used to, well, at least our virtual selves can.