On the joys of tea

Yes, this could read as a title of an eighteenth century tract. Leaving aside the colonialism, however, I have decided to remind everyone, in the face of the snow we will have to face this week, of the necessity of tea to a student’s life. For one thing, uni students like to be similar to each other – have you seen a person not sporting either a black/red/silver/yellow puffa jacket, or a ‘Human’ sweater lately? I think not. Tea is another thing that is ever present, from the happily corporate KeepCup mugs sold in the cafes across the science site, to the posh-girl tea flask sneaked into the Billy B, bought from Lakelands by daddy, to help her cope ‘up North’. Seriously though, get the tea flasks out this week – Wednesday has a low of -5 #DurhamSnowBubble. 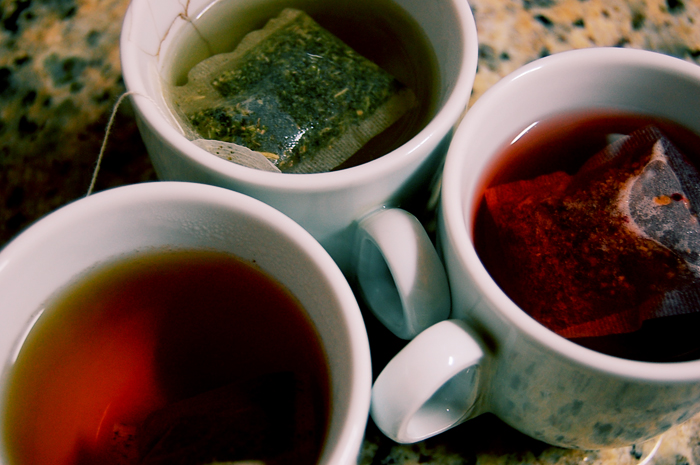 Despite the gentle mockery above, I have to confess to being one of the tea-worshippers of Durham. I have not yet been to Cafedral and experienced the tea which for them is also an aesthetic entity in its own right (go and see for yourself) but I have been to my fair share of Durham’s (very) many cafes. And I am proud to defend that. Tea is a uniting hot drink, neutral as Switzerland. Coffee can give you jitters, and hot chocolate probably shouldn’t be your daily go-to drink. Tea, though, has endless varieties. I have a London Bus tin in my cupboard, full of teas from mint to green to vanilla chai to banoffee pie (eccentric, I know- check out T2 for more wacky flavours) to good ol’ PG Tips. Since there are only three weeks to go now, and summative stress should be setting in, take a moment to choose a new brew to accompany you to lectures. Just don’t be the noisy slurper at the back.

This week’s picks have nothing to do with tea, I just felt like talking about tea for a while. Hope it helps you through the week – I’m certainly going to be depending on it!

Harriet Willis – Save the Planet using just your phone

Harriet tells us the top apps which make saving the planet that little bit easier.

‘Despite the controversy surrounding them, people like Franco, Woody Allen and Roman Polanski should be remembered for their artful contributions. After all, Hollywood is not a court of law.’

Autumn Foord – Durham Colleges according to your Personality Type

Autumn tells us which personality type best fits each college. I got my own college, Cuths!

Dahyun Kim – Q is for Questions

Moved by the school shooting this week in Florida, Dahyun Kim writes a moving piece asking why?

Katya Kosheleva – Does Tragedy serve a Beneficial Purpose to the Individual?

Katya presents an alternative perspective to the often formative role of suffering and tragedy.