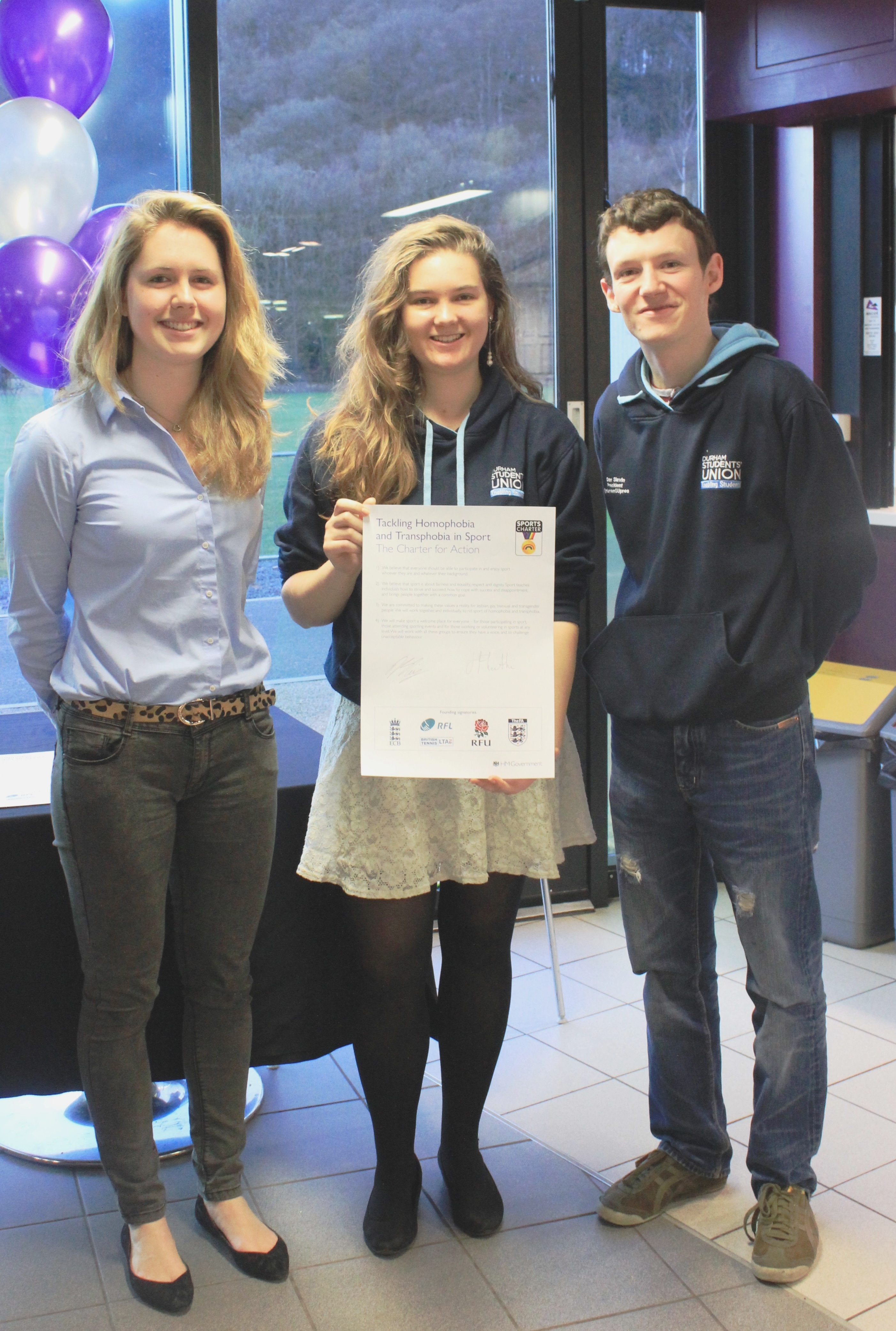 After a long wait from its 2011 publication, Durham has now signed the Government’s sport charter which aims to eradicate homophobia and transphobia in sport. The charter itself was signed at Maiden Castle on Thursday 20 February, with Dan Slavin, Durham Students’ Union President, signing on behalf of the Union and Team Durham represented by its President, Hannah Lowther. The Students’ Union Community Officer, Grace Abel, led the campaign with backing from the Lesbian, Gay, Bisexual, and Transgender (LGBT) Association as well as Team Durham. The signing of the charter marks an important moment for Durham students in the stand against inequality in sport.

Abel summed up the position of the student body: “we aim to take a stand against prejudice in both sport and in the University as a whole. The signing of the charter signals a clear step forward in eliminating this unacceptable behaviour from Durham University. As a body we strive for inclusivity of all people and we want all Durham University students to feel they can participate in sport, no matter what their background.”

The Government sport charter was specifically drawn up in June 2011 to target homophobia and transphobia in sport. It aims to encourage values that everyone should be able to participate in and enjoy sport, whoever they are or whatever their background, for all those involved from the participants at a high level down to volunteers and spectators.

Katie Reynolds, President of the LGBT Association, emphasised the importance of the charter for Durham students: “LGBT students in Durham have been campaigning for their sports teams to sign the charter for a long time so it’s great to see Team Durham finally get behind it. It is important to remember that this is a long term commitment to equality that will benefit students in years to come, not just a one-off, so I look forward to positive changes being made.”

Thom Addinall-Biddulph, Vice-President of the Association, agrees: “It’s a really good step to have taken; our members had expressed concern as to why the charter hadn’t previously been signed so we are very happy.”

The campaign comes in conjunction with the larger Respect Irrespective campaign, fronted by Grace Abel, that promoted a wider acknowledgement of inequality that may be faced by people on a regular basis. Abel commented that “Respect Irrespective was a campaign that aimed to tackle a variety of stereotypes that people may be subjected to in their daily lives. The signing of the sports charter was a clear fit for this campaign. We also held a range of other events including a panel discussion between our Feminist Society and a college rugby club, along with equality and diversity training. The whole week was created to get Durham University students thinking and discussing everyday prejudices and to give them the confidence to take a stand against this kind of behaviour.” 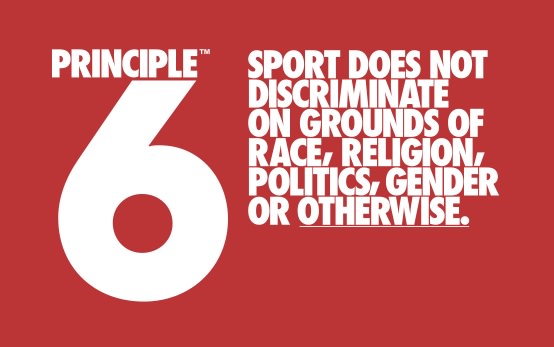 The signing of the charter comes towards the end of the Winter Olympics in Sochi, where the question of equality was brought into sharp focus over Russia’s approach to gay rights, with protests around the world in the run-up to the start of the games. Russia’s decision to ban promotion of ‘non-traditional’ sexuality was regarded as an attack on LGBT* rights.

The promotion of the ‘Principle Six’ campaign highlighted the section of the Olympic charter dealing with equality in sport, and was also evident throughout the games: “Any form of discrimination with regard to a country or a person on grounds of race, religion, politics, gender or otherwise is incompatible with belonging to the Olympic Movement.”

While Durham Students can congratulate themselves on taking a step towards a more equal footing in sport, the example of Russia still shows that there is still a long way to go before universal equality is achieved. Ongoing controversies surrounding cyber-bullying and sexism suggest that while the charter is a massive achievement, the campaign for equality is far from over.

The government’s Sports Charter can be read in full here: https://www.gov.uk/government/uploads/system/uploads/attachment_data/file/85484/sports-charter.pdf