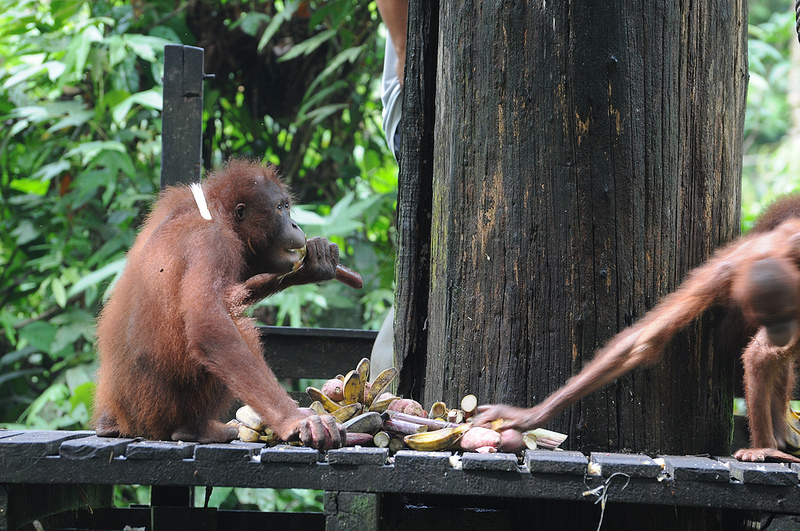 Sugar-laden bananas are causing some primates to become obese

For many people, monkeys and bananas may seem a familiar and natural pairing. Like mice and cheese and a worm with an apple, we have come to associate these primates with their seemingly healthy diet. However, this may all change soon as many British zoos are phasing the yellow fruit out of their primates’ diets, claiming it to be too unhealthy.

Paignton Zoo in Devon was the first to arouse media attention last month when they announced that their monkeys would now only be getting bananas as a special treat. Since then, other British zoos have said they are doing the same by gradually reducing the amounts of banana given to the monkeys, before stopping them altogether.

But how can fresh fruit, often portrayed as being good for us, be considered unhealthy? The problem, according to zoo experts, is the amount of sugar they contain. For thousands of years, humans have been selectively breeding fruit-bearing plants in order to make the fruit larger, tastier and easier to eat. The result is that fruit grown for human consumption is higher in sugar and calories and lower in fibre and protein than their naturally grown counterparts. Bananas, for example, were originally domesticated in South Asia but are now grown over the world, especially in Asia and South America. In contrast to the fleshy, small-seeded fruit we would buy in the supermarket, ‘wild’ bananas have very large seeds and are harder to eat. Plantain, a fruit botanically indistinguishable from the dessert banana is more similar to wild varieties and contains far less sugar and more starch and fibre.

Obesity in animals can be a problem for zoos and is far more common than malnutrition. This is partly due to low activity levels in zoo animals; in the wild, animals will spend a large portion of their day searching for food. Predators need to chase and catch prey whilst prey need to avoid being caught. Many animals will also expend large amounts of energy defending territories, fighting disease, attracting mates and raising young. In captivity, animals are presented with food which is already prepared and dead (in the UK it’s illegal to feed a live vertebrate to a zoo animal). They are rarely at risk from competitors invading their territory, mates are provided, disease is treated by vets and animals may be given contraception to prevent reproduction. They are therefore less motivated to exercise. In addition, there is usually a lack of seasonal variation; certain animals which lay down fat stores during winter to account for a colder climate and lack of food during these months will find themselves in heated enclosures, still being fed regularly.

As with humans, a high sugar, low fibre diet, coupled with such low activity levels can cause health problems in animals, ranging from gastrointestinal problems and tooth decay to low fertility, diabetes, heart disease and other obesity related disorders. By law, UK zoos are not allowed to withhold food from animals, so in order to keep animals healthy, happy and appealing to zoo visitors they need to be selective about what they are fed and how it is given to them.

So whilst it may be the end of an era for the banana and the monkey, zoos have reported that the primates themselves don’t seem too bothered by their new diet. In fact, it has been reported that the animals are less aggressive towards each other. Bananas are still offered as treats too, so it isn’t all bad news.