On the 19th of February, the fashion industry fell into mourning at the announcement of the death of Chanel and Fendi German creative director Karl Lagerfeld. Condolences were paid from the biggest names in the different fields of the industry such as Cara Delevigne, Donatella Versace and even Kendall Jenner.

Karl Lagerfeld, commonly nicknamed the “King of Fashion“, started out by winning a competition sponsored by International Wool Secretariat after expressing an early interest in visual arts. He is mainly famous for the work he has done for Chanel, quite literally reviving the brand which was on the brink of extinction through the renewal of its prêt-à-porter line, upping its brand worth to the fashion giant that is known today. He was also known to get particularly creative for the set ups of his fashion shows, unafraid to bring in actual water, sand, and even ice-bergs. 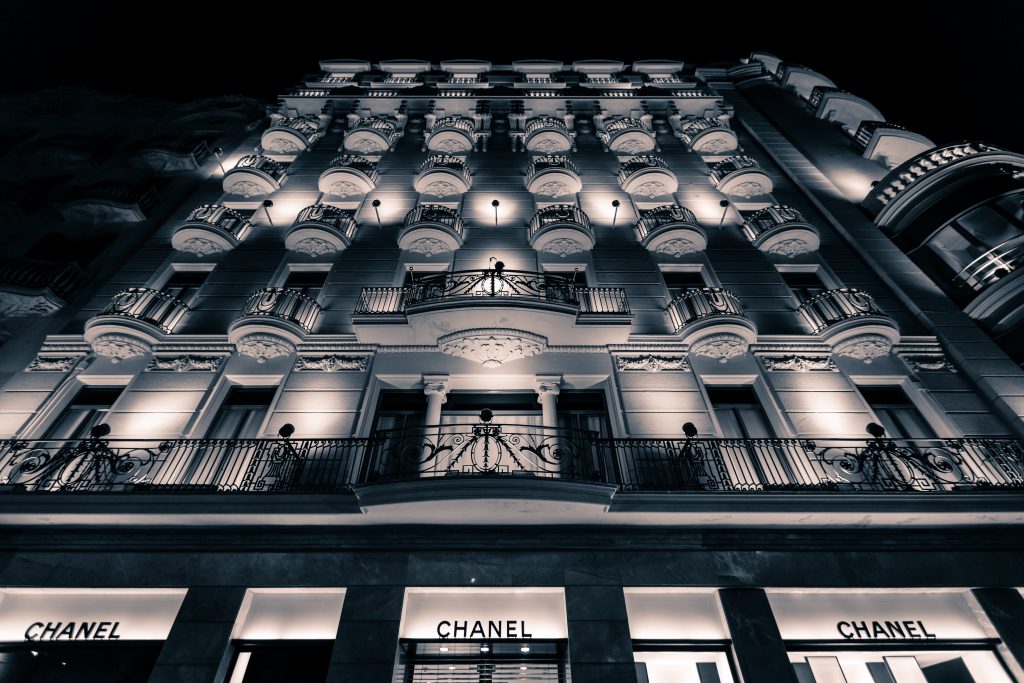 When the name Karl Lagerfeld is mentioned, you probably think about the iconic white hair pulled into a ponytail, the massive sunglasses and the whole black outfit. Karl Lagerfeld is considered as a fashion icon by many and revered for his work, however he is also at the heart of controversies about fat-shaming and misogyny which are unfortunately not uncommon in the world of fashion.

Why is it then that some people that advocate themselves as body positivity activists, like Cara Delevigne who said in an interview for The Times that the modelling industry was responsible for giving her insecurities about her body, are so prompt to defend a man that made such controversial comments? For instance, he sparked public debate by calling singer Adele “a little too fat”, and his general comments about his belief that curvy women or just women above size 6 should not be considered beautiful. He also created scandal with his bashing of the #MeToo movement, when he said in the magazine Numero, in dismissal of the accusations against Interview creative director Karl Templer, that models should be okay with having their pants pulled down and that if they were against it they should join the nunnery. Lagerfeld was also at the heart of racist controversies, notably Islamophobic comments on the French talk show Salut les Terriens where he stated “One cannot — even if there are decades between them — kill millions of Jews so you can bring millions of their worst enemies in their place.”

Lagerfeld’s legacy is controversial, problematic even in some aspects, and is a popular subject of debate amongst the general public, generating a profusion of opinion pieces on whether or not Lagerfeld should be celebrated or simply condemned, which was the view taken by Wear Your Voice Magazine with its article titled “Stop mourning oppressors: anti-condolences for Karl Lagerfeld”. Such a discussion is justified, as in today’s society, when the fight against what used to be considered as canonically beautiful (meaning the stereotypical skinny model) is in favour of expanding the concept of beauty to include all shapes and sizes is at its most prevalent, it is strange to think that such behaviour would be defended, even overlooked in the favour of iconising the character. In response to Jameela Jamil sharing the aforementioned article from Wear Your Voice Magazine bashing Lagerfeld for his attitude towards women, Cara Delevigne invoked the argument of him being born in 1933 and not being perfect. But in an industry as ever evolving as fashion, forced, mostly against its will, to adapt to societal mores, is it enough of an excuse to state his age or pass off his comments as eccentricity?

Many social media users commented on the matter and certainly the opinion is divided as we can see from the following posts, with users discussing the controversies in which Lagerfeld was exposed through the year, his legacy and whether he should be celebrated. Some argue he shouldn’t through posts such as “It took me a solid two days after Karl Lagerfeld started trending to realize it was because he’d died. I just assumed there was another racist fashion controversy”, or “When Karl Lagerfeld died, his comments on #MeToo and Muslim immigrants in Europe were ignored, while his career was celebrated”, while others take a stand for acknowledging his controversial side but still giving credit for the work he did: “I have so many mixed emotions about the controversy and critique that has followed #KarlLagerfeld’s death. Is it right to laud a man who was a bigot, racist, cringeworthy in the way he spoke against #Metoo and plus size women… but was also a genius, creating experiences with fashion shows, balancing his ethos between three heavyweight brands (Chanel, Fendi, Karl), power player”. Others relay the words of other designers like Urvashi Kaur who said “the genius of Karl always kept an edge, a hint of controversy with just a touch of irony to temper the gilt and glamour to keep boredom at bay”, siding with those who would rather celebrate Lagerfeld and excuse his problematic behaviour under the cover of eccentricity.

Ultimately, choosing where to stand about the matter of Karl Lagerfeld depends on whether you want to separate the art from the artist, or deciding whether Lagerfeld wanted to spark controversy with his comments to attract attention, or if he simply did not care. In an interview for Elle Mexico, Lagerfeld expressed his disdain for the concept of legacy saying he was purely focused on the moment and maybe the future. He was known for his ‘franc-parler’, meaning honest speech but whether he intended for people to give weight to his every word is debatable. Intended or not, Karl Lagerfeld’s legacy is undeniable. Is it positive or negative? That is up to every individual to decide.