They might have The Voice, but do they have The X Factor? 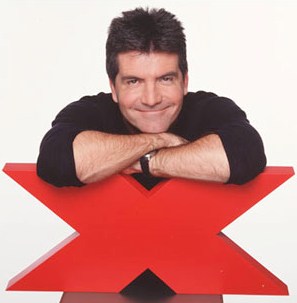 Simon Cowell – Has It All Gone Wrong?

Let us take a trip down memory lane, back to February 2002. It is the final of Pop Idol, and the country waits on edge as Will Young and Gareth Gates have their fate revealed. Coming forward to December 2006, Leona Lewis with her innocent nature and versatile voice has won the hearts of the nation, and stormed to victory in The X Factor. Moving forward again to April 2009, the nation is stunned into silence when Susan Boyle begins her unexpected rendition of I Dreamed a Dream, but just a few weeks later she is beaten by dancing sensation Diversity. Now moving forward to present day – Ben Haenow? Steve McCrorie? Or most recently Jules O’Dwyer and Matisse? Ring any bells? No? Is it possible that Britain has simply run out of talent?

Whether you enjoy their music or not, X Factor contestants of the past have gone on to successful careers, some as global superstars. JLS, Olly Murs, One Direction and Little Mix are all competitors who have gone on to become household names, while others such as Joe McElderry and Stacey Solomon have moved into successful careers in other areas. Looking simply at viewing figures, interest in the show has declined massively in the last few years. The final of series 7, featuring winner Matt Cardle, runner-up Rebecca Ferguson, and third place (and the most successful X-Factor act to date) One Direction, attracted a huge 19.4 million viewers. By comparison the most recent series 10 final attracted only 8.5 million viewers, while the overall viewing figures dropped to their lowest since series 1 back in 2004.

BBC’s venture into the search for the latest pop talent has had no better fortune in recent years. The Voice has received huge criticism for failing to create a single ‘star’, with winners Leanne Mitchell, Andrea Begley and Jermain Jackman all failing to go on to successful careers in the music industry. Steve McCrorie, this year’s winner, doesn’t look set to do much better, with the final attracting just 6.87 million viewers, significantly below the overall average of 8.48 million. Despite the strong twitter action on the show, mainly from will.i.am, and the introduction of the word ‘dope’ largely being attributed to the show, to date, the right contestant has not been victorious. Some contestants have had a degree of success, such as Tyler James or Leah McFall, but The Voice certainly hasn’t produced any worldwide sensation.

The question to be answered is why? What has changed since these shows began that has led to a reduction in the popularity of the shows and the acts they produce? While some acts such as One Direction have a mass following, as a whole we have become disillusioned with these over-produced acts who can sing (mostly), but often don’t have the complete package we desire. Recent successful artists, such as Ed Sheeran, Sam Smith and Taylor Swift, write their own music and make the music they themselves enjoy. This approach gives us more relatable celebrities, as it avoids the fake front we often perceive on talent show winners. The recent departure of Zayn Malik perhaps best demonstrates why talent shows like The X Factor don’t work; you can’t build a successful career without loving what you do, and you can’t love what you do if you hate the music forced upon you.

So do Saturday night talent shows have any future? In their current form, the answer is plainly no. Society doesn’t want to watch poor quality acts embarrass themselves in auditions in an effort to boost their way to the top, and we no longer seem interested in singers who aren’t talented enough to write their own music or bring anything original to the table. My suggestion is that TV still has a lot to offer in terms of a platform for new talent. Shows which offer a stage to exceptional individuals could allow real musicians to promote their music to a wider audience, while variety acts such as shadow group Attraction, Britain’s Got Talent winners 2013, would still be able to display their talent, and go on to equally successful careers. The difference is that rather than looking for talent and working through masses of disillusioned individuals, we skip to the winners and stop wasting viewers’ time. A two hour show which gave 4 acts a half hour set to show the country their talent would surely be more enjoyable than watching 12 wannabes covering songs they don’t care about.

Simon Cowell, we are bored of your formula. You can’t continue to dominate the world of music and entertainment with over-produced acts who have no authenticity. Without a reshuffle the days of Saturday night talent shows are numbered, and I for one will be glad to see them go.