An Overview: The Theology of Science

In a lecture on Tuesday, St. Mary’s College Society hosted Professor Tom McLeish of the University of York, who spoke on the theology of science. McLeish, a prominent theologian and physicist, wished first to establish himself as being not a scientist but a natural philosopher. In drawing this distinction he wanted to solidify the difference between having knowledge, pertaining to science, and loving wisdom, relating to natural philosophy.

According to McLeish, modern day science has fallen victim to a hearsay pattern of varying ideas about scientific facts, thus changing the public perception about what is right and wrong about current scientific issues like climate change. We can see instances of this happening in the U.S. right now with climate change being wielded as a partisan issue with either side saying what they like about it regardless of the actual facts. Instead, McLeish argues that we should construct a strong and favourable outlook of science in our cultures in order to create an intellectual discourse as a replacement for varying judgements. 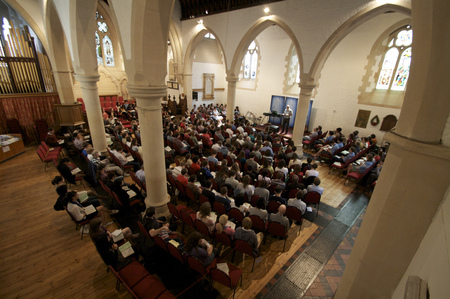 A common misconception says McLeish, is the idea that theology is an out-of-date, ancient way of life and science is an ever-changing, and modernised discussion. The problem that is sown between the relationship of theology and science lies in one word; the word ‘and.’ McLeish advocates for the word ‘for’ to be used in place of ‘and’ to relate theology and science in order to see them as congruent and inter-connected rather than striking discord in-between the two.

McLeish wants us to ask, “what is the gift of science for?”; he is trying to seek the meaning behind our purpose in this world through a theological outlook. He is of the opinion that through theological discussions we can arrive at reasons for our purpose- and that a purely anthropocentric stance alone cannot explain human purpose.

Public and political discussions surrounding current scientific issues such as fracking or the plastic pollution in oceans are often emotionally charged and result in a ‘for’ and ‘against’ dissonance where intellect is lost in argumentation. McLeish encourages us to analyse the narratives and in doing so find the positive characteristics in such debates instead of the negative feelings of fear, terror, and gain. Often in such narratives we find theology left out entirely. McLeish’s main point of argument was that we should, to the best of our ability, incorporate theology in our discussions about scientific issues and ask questions like “what is science for” and “where does science take us?”.

In order to support his hypothesis that theology and science should work in conjunction with each other, McLeish examined the work of St. Bede, the book ‘Soul and Resurrection’, and the Book of Job.

McLeish demonstrated how St. Bede used scientific methodology for the idea of “light” and seeing Christ as light, and vice versa. In this way Bede utilised science as a metaphor for all things good.

In ‘The Soul and Resurrection’, mind is is discussed as being either the epiphenomenalism of the mind or the real mind; that is, the mind itself. One analogy to put this into perspective is to think of air. We can ‘see’ air with our eyes but not with our minds. Air is therefore ‘real’ and tangible instead of imagined.

In his final example, McLeish examined the underlying meaning and importance of nature in the Book of Job. Job wonders, ‘why is this suffering happening to me?’ Which exemplifies two concepts: the first is the portrayal of a disorderly world and the second is the immorality of his suffering. The way in which these theological questions relate to nature lie in God’s answers to Job. God replies to Job and in his explanation references nature 138 times. 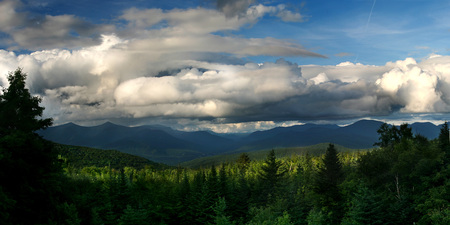 The Book of Job is written is question form which is conducive to understanding that what matters in science is not the answers, but rather in our catechising nature to reach the answers. There is a trail of nature throughout the Book of Job and it is broken down into three phases: inanimate, animate, and cosmological.

Unlike with Kant, the Book of Job brings two worlds; the material and immaterial, together. Morality and physicality are brought together under one roof of “wanton chaos” according to McLeish’s analysis.

The Book of Job illustrates a five-faceted interpretation behind Creation. They are as follows: retributive moral law, eternal mystery, book of nature, uncontrolled chaos, and as an object of worship. These five attributes all culminate in the ‘way to wisdom’, or in other words ‘philo-sophia.’

Mcleish ended his adjudication by emphasising that we can understand neither our purpose nor morality without it’s embodiment in religion. He argues that the church has the capacity to be a reconciliatory actor if it chooses to work with science instead of against it. The church can and should see science as God’s gift instead as a secular threat. A separation of theology and science would only prove detrimental to the cultivation and advancement of modern science.

In the past, science has been greatly motivated by God and religion, and McLeish wishes for the religious community to return to this ideology.