The first time Stan Lee touched my life, I didn’t know it was him. I saw another kid at school throwing a Spider-Man toy into the air. Another kid was watching them too; this was the boy who became one of my best friends. We devoured Spider-Man comics from then on, drawing our own comics after we’d sat together and read them all. I’ve been thinking about those moments that made up my childhood for the past two weeks – those weeks since Stan Lee died. I didn’t know it back then, but my formative years, the things that led me to be who I am today – were partly made up by a kindly old gentleman called Stan.

Another thing that I didn’t know then was that a countless number of kids had been reading comics alongside me, before me, and would do after me. I didn’t know that since the 60s, Lee had been inspiring young minds to think, play, and most importantly, imagine. His most successful creation, Spider-Man, first appeared in Amazing Fantasy #15 in August of 1962. He was the first main comic book character who was just the same as the people reading – he, too, was a child. Stan Lee and Steve Ditko’s Spider-Man looked, authentically and purely, back into the faces of the young people reading it; people who didn’t fit in, who didn’t understand what growing up was going to be like. Stan Lee was an author who saw the people reading his text. He saw them and  seemed to say “I see you. This little book? This is for you.”

A universe was built upon Stan Lee’s ideas. He wasn’t the only person involved, by any means, but his ideas birthed worlds, realities, and places for people to escape to. His influence on that world only deepened once Marvel re-shaped the modern cinematic landscape. He left his stamp on each franchise, with audiences in part looking to see the next knowing cameo Lee would make. These cameos became a much-anticipated part of the studio’s frequent releases: a smiling, genial, human core to complement the grand, sweeping heroic fantasies of the Marvel Cinematic Universe. On visiting Lee shortly before his death, former Marvel Editor in Chief Roy Thomas remarked:

“I think he was ready to go. But he was still talking about doing more cameos. As long as he had the energy for it and didn’t have to travel, Stan was always up to do some more cameos. He got a kick out of those more than anything else.” (1) 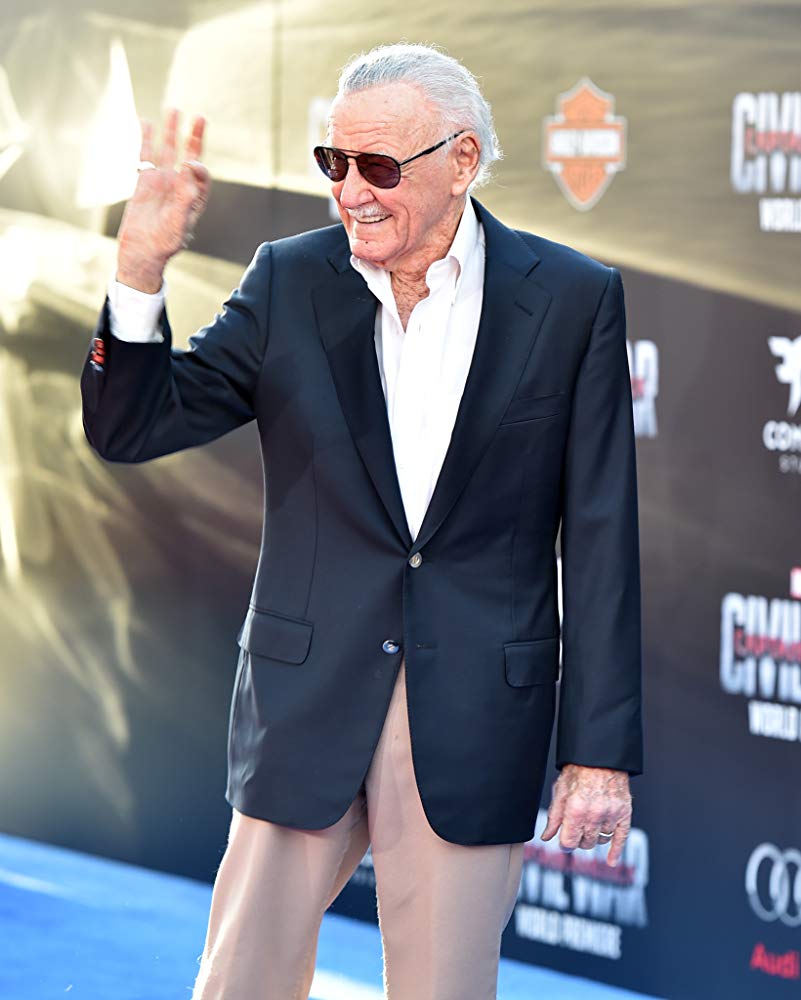 Stan Lee loved the work he did. He was a perfect example of a person who was exactly where they were supposed to be, doing exactly what they wanted to do, exactly what they needed to do. These appearances that he made encapsulated the joy inherent to his work.

Not only was Lee an author whose creations had a joyful heart, it was a heart that recognised pain. In his column Stan’s Soapbox in 1968, he wrote:

“Let’s lay it right on the line. Bigotry and racism are among the deadliest social ills plaguing the world today. But, unlike a team of costumed super-villains, they can’t be halted with a punch in the snoot, or a zap from a ray gun.

The only way to destroy them is to expose them—to reveal them for the insidious evils they really are. The bigot is an unreasoning hater—one who hates blindly, fanatically, indiscriminately. If his hang-up is black men, he hates ALL black men. If a redhead once offended him, he hates ALL redheads. If some foreigner beat him to a job, he’s down on ALL foreigners. He hates people he’s never seen—people he’s never known—with equal intensity—with equal venom.

Now, we’re not trying to say it’s unreasonable for one human being to bug another. But, although anyone has the right to dislike another individual, it’s totally irrational, patently insane to condemn an entire race—to despise an entire nation—to vilify an entire religion. Sooner or later, we must learn to judge each other on our own merits.

Sooner or later, if man is ever to be worthy of his destiny, we must fill out hearts with tolerance.

For then, and only then, will we be truly worthy of the concept that man was created in the image of God–a God who calls us ALL—His children. 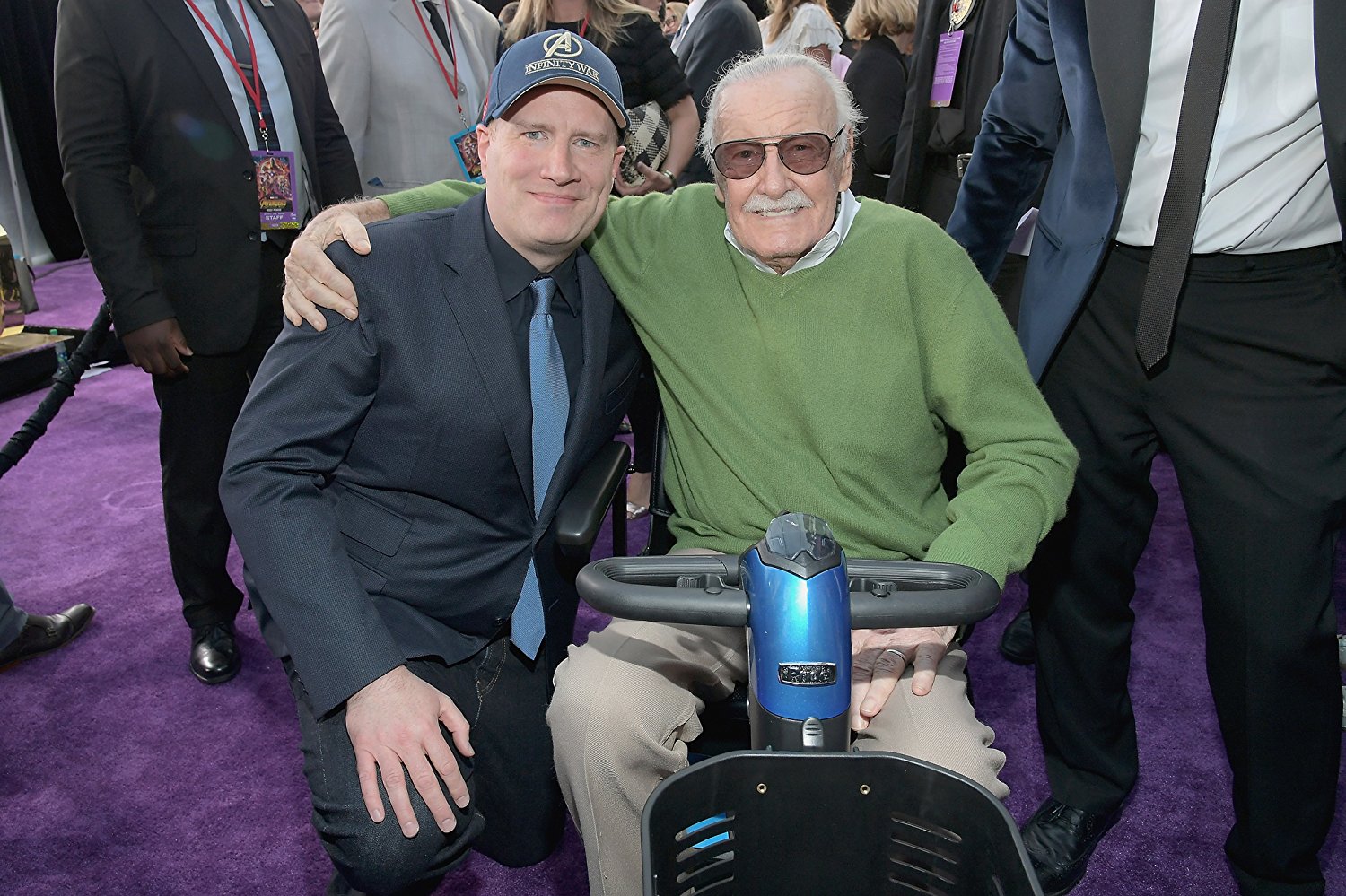 His texts embodied this attitude. He wrote comic books that recognised other people, those who struggled. Bullied teenagers watched Peter Parker go through the same struggles as themselves. Captain America battled against Nazis and Neo-Nazis. The X Men fought for the public acceptance of their right to humanity, in a direct parallel to the Stonewall Movement. Black Panther and The Falcon battled the Ku Klux Klan on their front cover spreads. Stan Lee embodied not only what it meant to care about your audience, but to care about your audience in such a way that they’d know he cared.

“It’s an equal love – it’s a lovefest. I can’t tell you how much I love my fans. […] There’s something wonderful about somebody caring about you, as I care about them, whom you’ve never met! […] But they care! And you have something in common, and occasionally you contact each other. This business of fans, I think is terrific. And I love ‘em all.” (3)

He’s right, you know. There is something wonderful about somebody you’ve never met caring about you. It’s something wonderful I get to experience every time I read one of those comics that I know he had a hand in. It’s something we all get to do now, thanks to this man. When asked by NPR about why he picked the pen name Stan Lee, he answered “I was a little embarrassed to be doing the work I did, and I figured someday I’ll write the Great American Novel and I don’t want to ruin my possibilities by having my name disliked this way. And I became Stan Lee.” (4) Little did he know that by picking that name, he’d accomplish something so much more than any Great American Novel could hope to do in this day and age. He’d become Stan “the Man”.