One of my better decisions in second year was bringing up my old Nintendo Gamecube from home, along with a copy of MarioKart: Double Dash!. A good decision because often on nights out, when my mate Jack and I realised we weren’t drunk enough/too tired/both to go rugby-scrumming in Klute with everybody else, one of us would suggest ‘shall we just go home and play Mariokart?’ To which the immediate answer was, ‘Yeah, OK.’ Off we would sneak, back up the disgustingly steep hill we decided to live at the top of, slide into our impressively seventies living room and fire up the ‘cube. Not that we really payed much attention to Mariokart (I always won), we’d sit and talk about stuff.

What Jack and I mainly had in common was our passion for music. During one of these nighttime truancies, through an inebriated haze, one of us asked the other what their top ten albums were. What kind of top ten? Not the most influential ones, not the most critically acclaimed or the bestselling. Ten albums that meant the most to you. Ones that you thought were criminally underrated works of genius. Albums without a single bad song on them. That you enjoyed, held a special place in your heart and you kept coming back to every time. Your own personal top ten. Nobody else’s. Having asked that question suddenly Princess Peach whacking Yoshi round the head with a turtle shell didn’t seem very pertinent (we kept playing though), so we had a proper, drunken think. We even got out a pen and paper to write them down on so we could inflict them on one another.

So, I would like to share with you over the next couple of weeks, the fruits of that boozy conversation. Here, in no particular order, are my own personal top ten albums, with some occasional honourable mentions as well.

Prince (and the Revolution) – Purple Rain 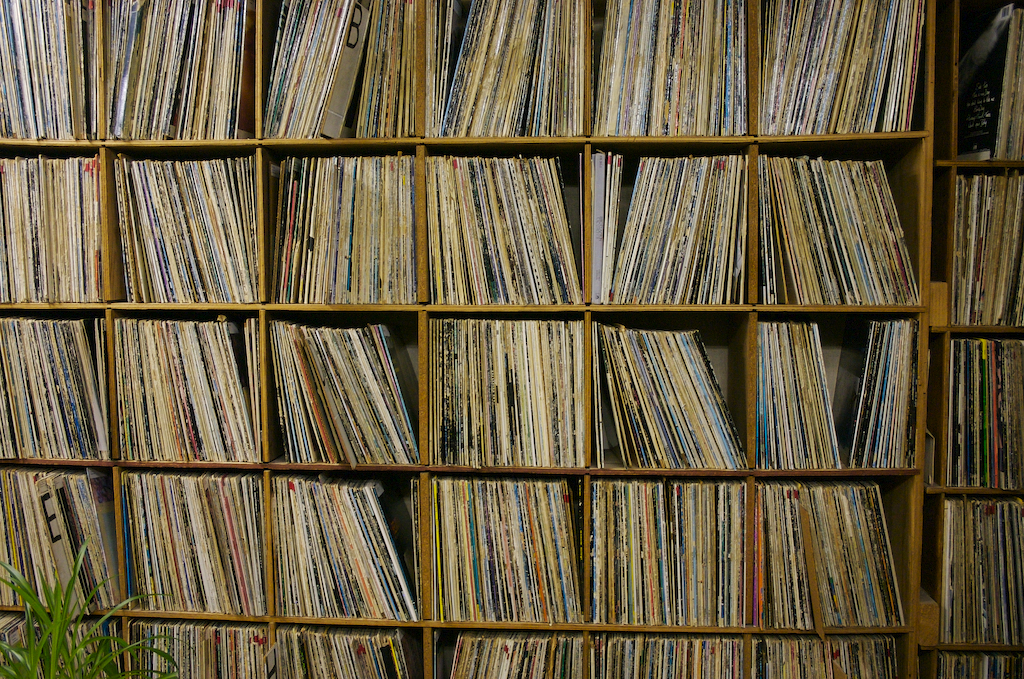 …And, sticking with the late-at-night theme, here is my first album. The album that catapulted Minneapolis’ golden boy from stardom to stratosphere. Purple Rain is one of few albums I listened to bits of before I had my big musical epiphany, when I finally worked out what I liked. I particularly remember a family holiday to our old stomping ground of Plymouth, being lured into the upbeat first couple of tracks but skipping the rest because it was boring. It sat on my iTunes, collecting virtual dust, until late one night, years later, I decided to give it a proper go.

Purple Rain has the unusual distinction of being a soundtrack album more well-known than the film it scored; it also means it’s one of the only albums to have won an Oscar as well as any musical accolades. It opens… strangely. Strange isn’t a great word to use when describing music, seeing as for something to be strange, you need to have something normal to compare it with, and there’s no such thing as normal music. However, the album’s introduction, Prince delivering a mad, cultish sermon over a fairly seasick-sounding organ is quite a few points off anything that could be considered ‘normal’. But then things kick off. The first two tracks that caught my attention as a child are uptempo numbers, with great singalong value and some ridiculous guitar shredding going on. Past the threshold of what my younger self could be bothered to listen to is the entirely electronic ‘The Beautiful Ones’, where Prince lacerates his vocal cords as he escalates from a tender falsetto to an astonishing, full-out animal howl as he begs a lover to choose him or a rival. And already the album oozes sexuality. Prince isn’t famous for being delicate about sex; ‘Darling Nikki’ opens: I knew a girl named Nikki, I guess you could say she was a sex fiend/I met her in a hotel lobby masturbating to a magazine… Mmm, subtle. And it’s not just him. “Wendy? Is the water warm enough?” keyboard player Lisa Coleman demands at the start of ‘Computer Blue’, not in a tone of voice that suggests they’re checking to see whether the boiler’s working or not. “Yes, Lisa,” guitarist Wendy purrs. “Shall we begin?” “Yes, Lisa.” Given the two women were rumoured to be in an S&M relationship at the time, whatever happened next is left to however vivid your imagination is.

Transatlantic chart smashes ‘When Doves Cry’ and ‘I Would Die 4 You’ next. The sparse arrangement of the former contrasts with the rich keyboard swirl of the latter, interwoven with some killer guitar work and some beautiful word play. I am a human/I am a dove/I am conscience/I am love, Prince sings with a rapper-like flow. The lacklustre ‘Baby I’m a Star’ follows, the closest thing there is to filler on the album. But it doesn’t matter, because it ends soon enough, and then the silence between it and the last track is broken by a single guitar chord.

Chlummmm. That’s how I’d write it. A single, echoing chord from a heavily chorused guitar, probably my favourite single chord in music. All the machismo and bravado falls away and we’re left with a gorgeous, sincere, vulnerable and pained song from a very talented artist. The band work together as a whole painting an expansive soundscape. And then, at the crescendo, Prince breaks into a guitar solo. It’s euphoric. It soars like a dove. Slow and melodic, every note is bang in place. It’s up there with some of the greatest solos ever performed, like some of David Gilmour’s best stuff.

Purple Rain is my late night album. It’s not so uptempo that it’ll jerk me awake as I’m trying to find my way to sleep. And it sounds like something from the night as well, like whispers in red-lit rooms and conversations happening behind closed doors. And it finishes like that. Definitely worthy of being in my top ten.