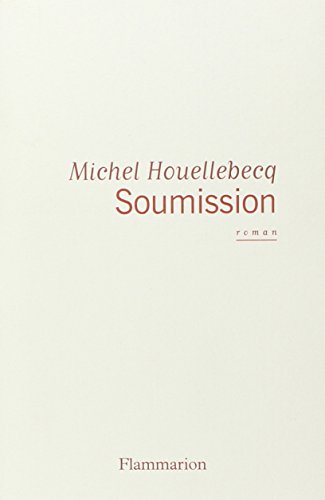 When François Hollande ran for presidential office in 2012, he campaigned on a platform of great optimism. The socialist party leader sought to differentiate himself from the unpopular incumbent, Nicolas Sarkozy, declaring repeatedly during his campaign that “le changement, c’est maintenant!” (Change happens now). In some respects, M. Hollande’s words have been prophetic. In other respects, they have not.

There has been change, of course. Nicolas Sarkozy is no longer in the elysée, and François Hollande is the president of France. Gay marriage is now legal, the parti socialiste has overseen some labour market reform, and its leader has become the second French head of state to have entertained an extra-marital liaison. In the way of promised change, though, such as an economy returned to growth or a lower level of unemployment, things are much the same as they were before, if not worse. Across the French political spectrum, commentators gingerly suggest that a once-successful campaign slogan is now the President’s cross to bear.

Many people in France believe that their country is on the wrong track. Public discontentment is being fed not only by the state of the economy, but also by gathering disquiet in the face of immigration, a secular state under siege and a rising fear of religious extremism. It is a seed-bed in which fatalism and declinism in equal measure can feed on one another.

Like many of his other books, Michel Houellebecq’s new novel has caused a stir in France. Published on the same day as the Charlie Hebdo murders in Paris, the French author and provocateur’s latest title, Soumission, is a dystopian portrayal of his country’s future, which shakes at the fault-lines of French society.

Set in 2022, Soumission follows the life of François, a professor of French literature at the Sorbonne and a leading authority on the work of Joris-Karl Huysmans, a French nineteenth-century novelist. As he enters into middle age, François is fatalistic, sensing that both the passion and the intellectual curiosity which characterised his youth are now ebbing away from him. Meanwhile, France has changed. The growing Islamic population in France has found its feet in the political mainstream, and a shock second-round election contest between the Front National and the newly incumbent ’ Muslim Brotherhood’ has swept the traditional parties into political oblivion.

As the Muslim Brotherhood’s new reforms kick in, France slowly begins to change. Women no longer wear short dresses in the quartiers of Paris. François loses his lecturing job at the Sorbonne when it becomes one of the designated centres for ‘Islamic Higher Education,’ as do the rest of his non-Muslim colleagues, but as they all receive such a generous severance package they decide not to make a fuss. And anyway, why should they, when the new Muslim government has made a compelling case for a new education system which accommodates for religious diversity?

While he is interested in politics and follows the news closely, François prefers not to think too deeply about such partisan and unintellectual matters. As an academic, he spends his time pondering the issues that matter to him, like love, scholarly glory and of course, truly understanding Huysmans. Though he ultimately manages to achieve none of the above, what he does manage to attain is a great deal of satisfaction. Prostitutes, take-away sushi, and some late-afternoon wines with an apologist for Sharia law are among the many things which assuage François’s conscience, and encourage him to take life as it comes.

Houellebecq’s book is not a critique of Islam. Rather, it is a withering satire of the French intellectual in his present-day form. Since the nineteenth century, French intellectuals have acted as a powerful counterpoint to the exercise of political power. In the past, high-profile figures such as Emile Zola and Jean-Paul Sartre used their ‘intellectual’ status to denounce the French government’s abuse of power, notably during the Dreyfus Affair and the Franco-Algerian war.

However, Soumission depicts the intellectual establishment in France today as a class of morally bankrupt academics, who happily remain above the fray of politics as a quid pro quo for money and a sheltered and interesting life. For Houellebecq, the complacency shown by today’s intellectual élite is a threat to the enlightenment values of France, and risks transfiguring the country forever.

Houellebecq’s latest novel surfaces during a period of unparalleled disillusionment and social unease in France. Like other countries in Europe, the advent of the global financial crisis has seen falling trust and respect for France’s social and political élites. Many French people believe that these élites reap all the rewards when things go right, and benefit from a cushioned fall when they don’t. François Hollande, a failed president who promised change and delivered much of the same, is the symbol of a glass-tower, cross-party élite who don’t have to deal with the hardships which other people face when things go wrong.

But Hollande is only a symptom, not a problem in his own right. Michel Houellebecq’s novel highlights the growing divide between a self-interested French élite, and an increasingly alienated populace turning to popular extremist parties like the Front National, who claim to speak the language of ‘ordinary people.’ In his novel, Houellebecq reminds the French intellectual élite that it is their duty to play an active and principled role in public life, and fight for the values of the Republic. Otherwise, as the book foretells, welcoming in popular extremism will be the low-stress alternative.