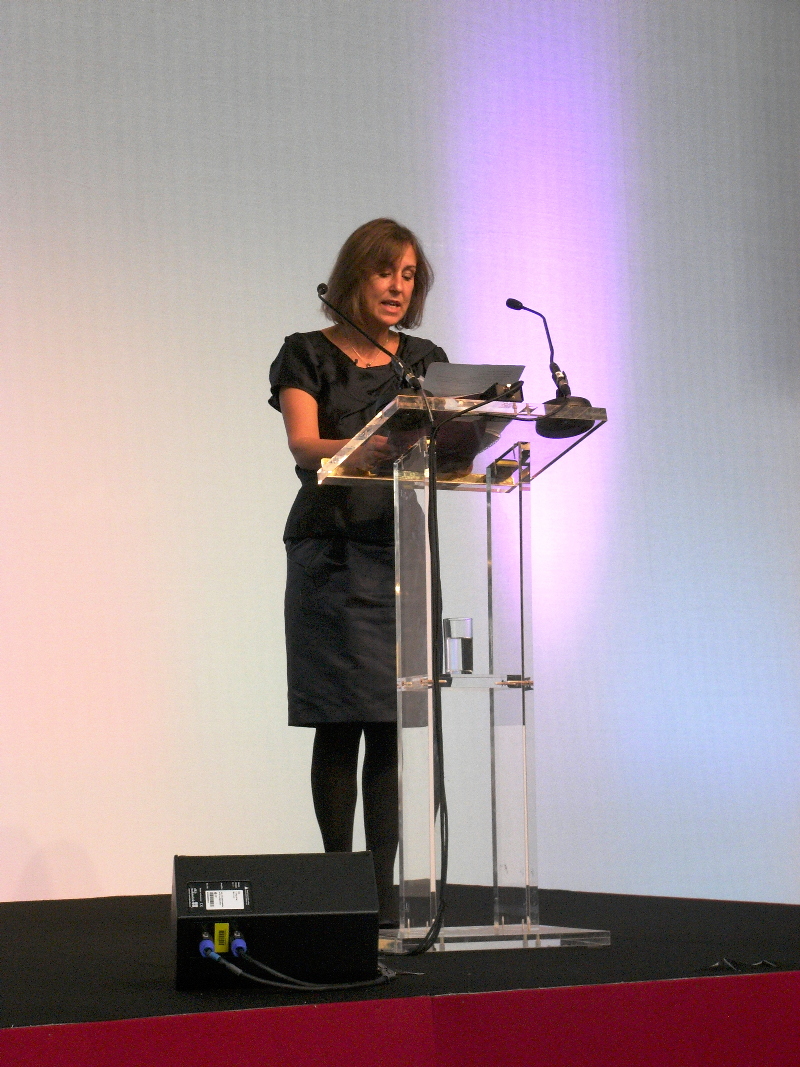 Kirsty Wark is a name that many people will recognise off the bat – she is a famous journalist and presenter for the BBC, fronting the much-acclaimed Newsnight. Recently, she had added to this impressive list of credentials by debuting her first novel, The Legacy of Elizabeth Pringle.

At first glance, perhaps it could be said that the novel does not seem to be all that remarkable. The premise of it is of an old lady – the titular character – dying and leaving all her money to a complete stranger. The story is both the tale of her life and also the investigation led by the woman she left the money to. This has been done before, but it seems to me that Wark’s particular passion has infused her work with something special.

The story is set on the Isle of Arran. To Wark, this place in itself is remarkable – she has fond memories, both in her childhood and in her present life, of the island and she spoke very warmly about the beauty of the place. Indeed, she contended that the island was just as much of a character in her book as Elizabeth Pringle was herself. In many ways, the two are interconnected, as well.

In the discussion, it seemed that Wark wanted to tell the story of a true 20th-century Briton. For Wark, Elizabeth Pringle represented the experiences of many of her older family members, particularly her great-aunt. She recounted the woman’s rather remarkable life – experiencing two world wars, a time of great turbulence and uncertainty, and remarkable hardship. In many ways, it could be said that The Legacy of Elizabeth Pringle was written to honour the lives of these women that lived with a stoicism and resolve that was so typical of their generation. This becomes a rather poignant point when you realize that the last of the so-called ‘Greatest Generation’ will be leaving us soon. Perhaps then this sort of novel is a fitting tribute.

But, it seems to me that this is more than just a book about a 20th century woman. It is about the sort of human being that we all know but oftentimes ignore – the elderly hermit living in seclusion, enriching a few people’s lives with their fantastic stories and quirky personalities, but going unnoticed by most people around them. The book recounts Elizabeth’s life from her childhood to her death – from the hardship of the first war, with the death of her father and the strain put on her relationship with her mother to the exciting arrival of the GIs and some of her romantic experiences.

In this sense then, The Legacy of Elizabeth Pringle is in fact unique. It tells a story of a woman’s life, on an island that she loves, with a sense of realism and richness that is often devoid in the genre. Wark spoke fondly of both her characters and the setting – it is clear that this is a book that she truly had a great desire to write.

Only half of the book is about the titular character, however. The other half deals with Martha, the young woman who is the inheritor of Elizabeth’s estate and wealth. Martha of course has no idea as to why a complete stranger would have left such a huge sum to her, and travels to Arran in order to investigate the matter. She provides an interesting contrast to Elizabeth – she is very much a 21st century woman, an outgoing journalist with her career in mind.

It is revealed rather early on that Elizabeth had met Martha. She had watched her mother push her stroll around her neighbourhood many years before. Wark contended that there had been a connection between her two characters, and in many ways the novel seeks to unravel that mystical, spiritual link. These were two very different women from completely different eras that had once breathed the same air. This is an occurrence that happens daily, to all of us, but we hardly ever take the time to appreciate just how odd and wonderful that actually is.

If nothing else, then, The Legacy of Elizabeth Pringle demonstrates the profound in everyday matters, and celebrates the sort of characters that we often dismiss as unimpressive. If Kirsty Wark has successfully transferred her obvious passion for her book into the writing itself, I have no doubt that this is well-worth the read.