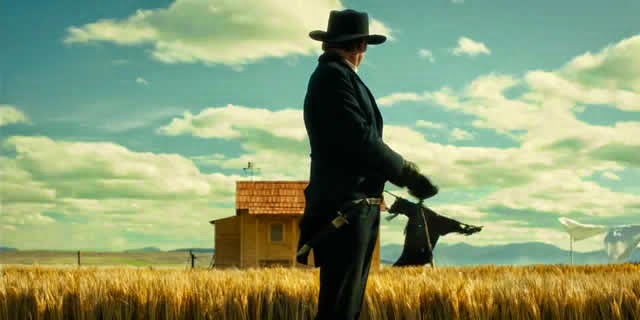 I’m a film fan. An unashamed one. That means I have just as much time for (vaguely decent) big blockbuster fare as for independent arthouse films. However, everyone knows about the big blockbusters. Most people have either seen Avengers: Age of Ultron or are consciously uninterested. Unless you specifically follow film news and independent cinema listings, it’s easy to miss some of the year’s best films. So what follows is a selection of excellent pieces of cinema I’ve seen this year, all at Newcastle’s Tyneside Cinema, which is worth visiting just on its own merits – a historic art deco cinema founded by a relative of Ridley and Tony Scott. With a great tearoom and a new bar café that I haven’t tried yet but sounds equally good…

I have a definite affinity for Westerns – it’s not for nothing my thesis was partly on neo-Western author Cormac McCarthy – but there are many pretty similar ones from their postwar heyday. Slow West is one of a recent breed of quiet, independent Western films that pack a punch greater than many of the by-the-numbers classics, alongside Meek’s Cutoff, Blackthorn, and others. Slow West stars Kodi Smit-McPhee, the currently ubiquitous Michael Fassbender, and one of my favourite character actors, Australian Ben Mendelsohn. (Making his chilling breakout in Ozzie crime drama Animal Kingdom, you might have seen him in Killing Them Softly, The Place Beyond The Pines, Netflix original series Bloodline, or in The Dark Knight Rises failing to control Bane.) It’s not a long film, but it makes its central thesis – the pointlessness of violence and the wasted lives resulting from it in the old West – succinctly and potently. It’s a beautifully shot film, and while it perhaps underuses the talents of Fassbender and Mendelsohn, it’s certainly worth a watch if you fancy a Western but are bored of Clint Eastwood’s taciturn outsiders; Smit-McPhee plays a much more romantic, naïve character than one tends to see in Westerns.

You wouldn’t necessarily expect an audience in a British cinema to be in hysterics at an existentialist Swedish film, but this final part in director Roy Andersson’s trilogy had just that effect at the showing I attended. Following on from Songs From The Second Floor and You, The Living, this collection of connected darkly comic vignettes is frequently hilarious while philosophically observing the absurdities of everyday life. Whether it’s two sadsack practical joke salesmen disconsolately trying to sell their wares, a gay eighteenth-century king anachronistically invading a contemporary bar, or the unsettling story of a dancer and his obsessed instructor, it’s always blackly entertaining – while also having a serious edge, as in the scene where dignitaries gather to watch a horrific “amusement” involving slaves and a giant rotating oven. The film laughs at the tragic ridiculousness of existence so that we don’t end up crying. 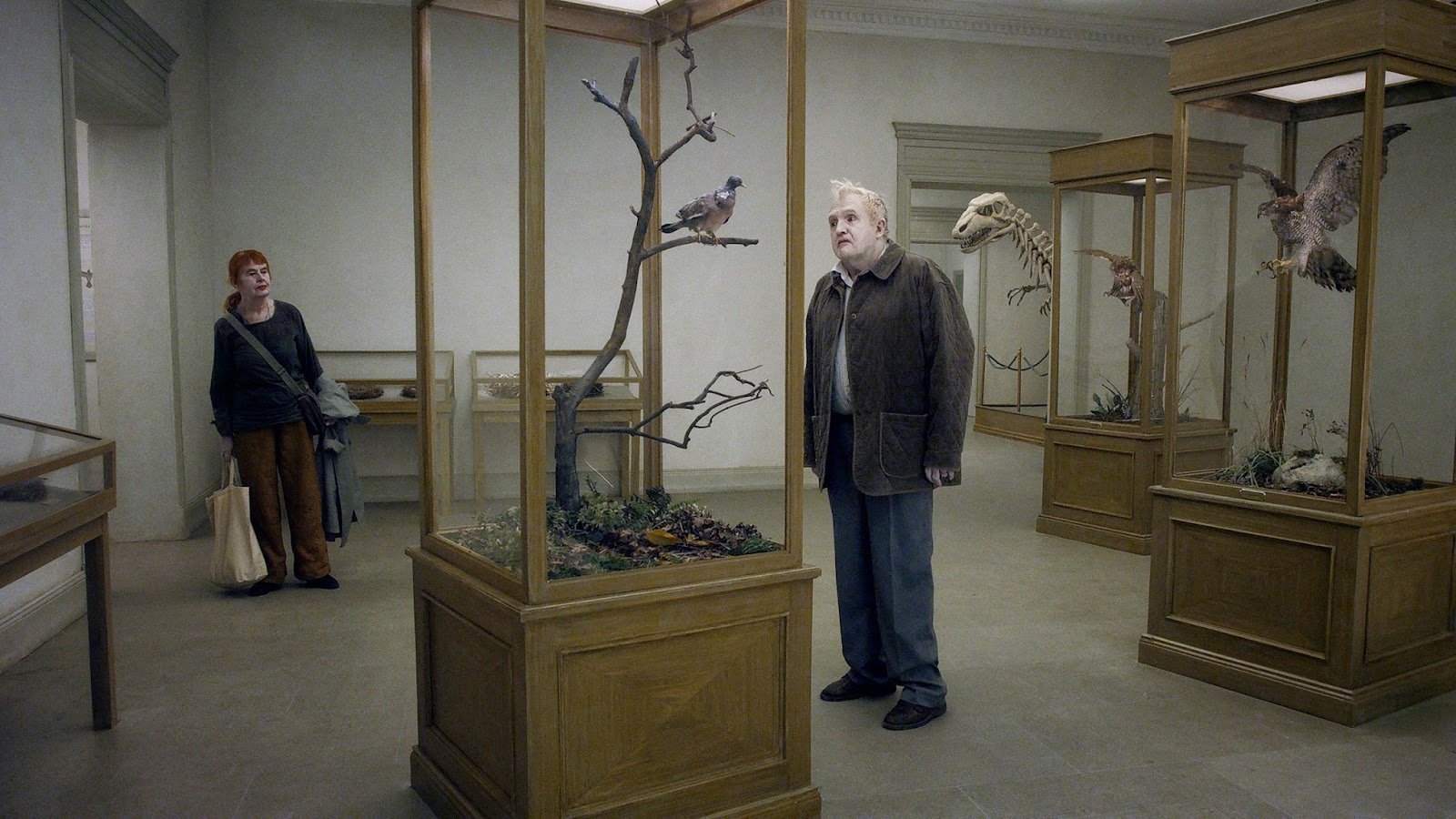 Shot from A Pigeon Sat On A Branch Reflecting On Existence

The Secret Of Kells was an also-ran nominee for the Best Animated Feature Oscar back in 2010, where it faced no chance up against the likes of Up, Coraline, and Fantastic Mr. Fox (all very good films in themselves). It was arguably the most deserving of the statuette, however. A gorgeous Irish traditional animation utilising both Irish mythology and mediaeval history, focussing particularly on the creation and vitality of illuminated manuscripts, it was far more original and memorable than ten CGI films about sentient mangoes, or whatever Hollywood’s churned out recently. Song Of The Sea is Tomm Moore’s second film, and is equally haunting. Set much later – roughly in the 1970s – it again utilises Irish folklore and a very similar animation style to Kells, telling the story of a boy whose little sister is a selkie, a creature from Celtic myth who is both human and seal. While the “boy learns to appreciate and love his younger sibling” narrative is well-worn, this film is too charming, too pretty, too entertaining, and too well scored to dismiss as just another feelgood family film. As brilliant as Inside Out is, Song Of The Sea also makes a similar point about the importance of emotions in a less Hollywood fashion. Also it has Brendan Gleeson in the cast (as does Kells), what more do you want?

Set in Iran but shot in California, A Girl Walks Home Alone At Night is many things. It’s in black and white; it’s a vampire film; it’s a spaghetti Western; it’s a strongly feminist film; it has one of the year’s most powerful scenes, a seductive encounter set to White Lies’ Death. It features a young man trying to maintain himself and his father in the eerily empty industrial suburbia of Bad City, and his encounter with a mysterious girl who wanders the streets at night keeping watch on the city’s various less-than-salubrious residents and has an apparent predilection for British indie rock. It’s a highly stylised film, which would doubtless put some people off (some critics saw it as emotionless), but shows what you can do with old stories like the vampire legend when Stephenie Meyer isn’t involved. In that, it’s an excellent companion piece to Jim Jarmusch’s Only Lovers Left Alive, which came out last year (starring Tom Hiddleston, Tilda Swinton, John Hurt, Anton Yelchin, Mia Wasikowska, the ruins of Detroit, and a whole lot of Gothic ennui).

So next time you feel like going to the cinema, think beyond Ant-Man and Spectre (not, as I say, that there’s anything at all wrong with those films), and look into the thoughtful, poetic, funny, provocative alternatives out there. Or just watch Grizzly Man again. You can never watch Grizzly Man too many times.