Review: Singin’ in the Rain 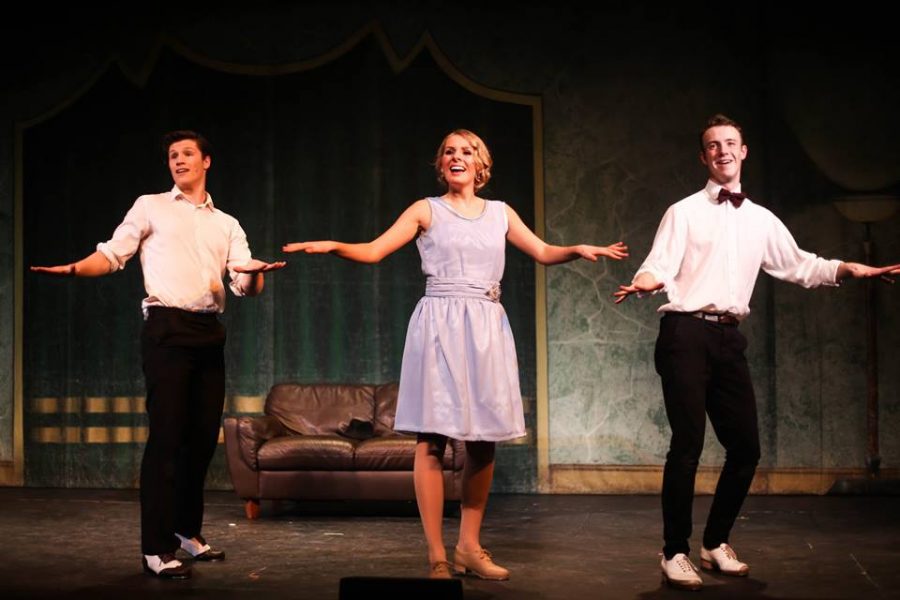 DULOG’s Gala production of Singin’ in the Rain is as ambitious as it is excellent. From the opening overture I was immediately sucked into 1920s Hollywood. Based on the 1952 classic film, the musical is filled with humour, romance with just a hint of slapstick and is captivating from start to finish.

Praise must be given to the whole cast of this musical. Their stamina alone is worthy of credit as the show is full-on throughout. With constant singing, dancing and no small amount of acrobatics they are almost exhausting to watch. This is especially true of the core cast. In particular Charlie Callaghan (Don Lockwood), performs a variety of styles from the traditional tap, to ballet, with even a hint of theatre jazz thrown into the mix. Jamie Blackwell’s performance of ‘Make ‘Em Laugh’’ is particularly impressive in which he sings and dances his way through a series of Charlie Chaplin-esque sequences.

That is not to forget the female leads: Rosie Weston has a grace which carries her performance throughout as she also proficiently navigates her way throughout the different dance styles. Annabel Dickson never fails to make the audience laugh whenever she is on stage and her solo ‘What’s Wrong With Me’ is one of the best performances of the show. The cast as a whole does seem to lose some of their enthusiasm and energy towards the end of the first act, but they recover for the second act of the production.

The show does have a few mistakes, but the cast manages to move past them and at some points even improvises lines to cover them up. The mishaps, therefore, certainly do not distract from the overall performance. In fact, the moment where one ensemble member’s shoe flies into the band pit, is a show highlight for me. I can only hope that the projectile did not hit any of the band members.

There are some minor microphone problems scattered throughout and occasionally the levelling is not perfect. However, sound designer Ryan Harris has clearly spent time making sure the actors can be heard over the considerably large band and he certainly succeeds. The band also really shines during this performance: from the striking opening to the triumphant ending. They were occasionally out of sync with the stage, most notably during the film scenes but this was also infrequent.

Lead costumer, Zara Kesterton, really succeeds in finding costumes which mimic the 20s style without stereotyping; the colours, textures and styles really bring the stage alive for me. The much-talked-about rain machine is also impressive, it wouldn’t be Singin’ in the Rain without it and it really brings the show up to the next level.

Overall, the production really did the show justice. It played homage to its 50s roots whilst still containing elements of originality. With its five-day run there is no excuse to miss what is likely to be one of DST’s highlights of the year.

Singin’ in the Rain is on at the Gala Theatre, from Tuesday 15th January- Saturday 19th January.