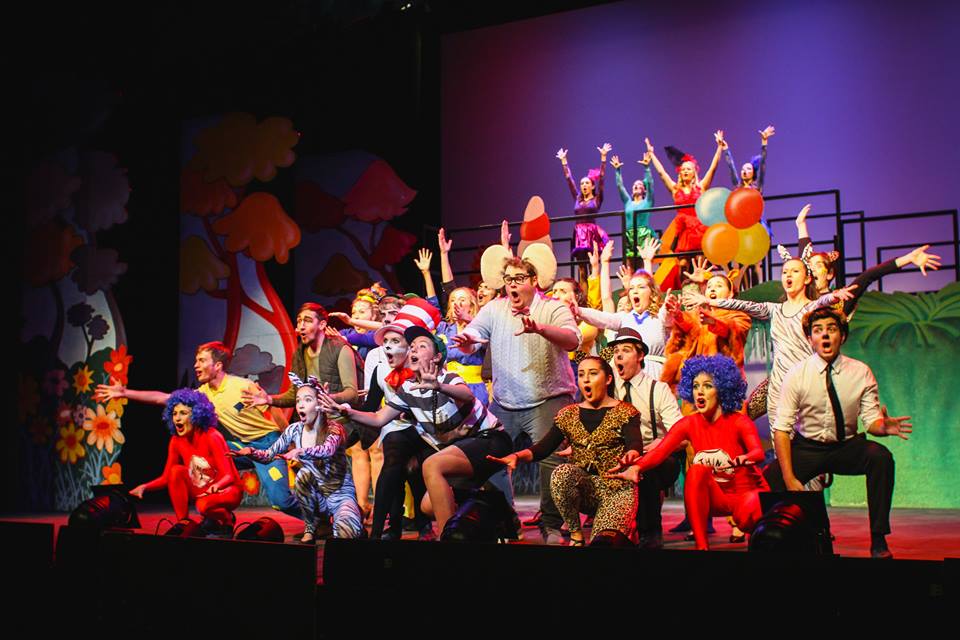 Seussical the musical is a celebration of imagination and creativity. DULOG’s vibrant production is in the true spirit of Dr Seuss in which your childhood favourites: The Cat in the Hat and the Whos are brought to life in a colourful, carnival-like expression of the classic stories. The play is packed full of catchy songs that you will be singing for weeks, and the entire cast sings these with an energy that is maintained consistently throughout the play.

Choreographer Kennedy Cassy did an outstanding job of creating a lively and dynamic musical. Movements were catered to the type of character performing them: the actions of the Whos were quaint and quirky and the birds were flashy and showy. The use of tap in the soldier sections was reminiscent of marching and used effectively to contrast the more energetic sections. The choreography was supported by an exceptional cast who, both individually and collectively, made the performance the triumph that it was. The cast handled the quick-paced tongue-twisting musical with apparent ease considering the number of lines they fit into remarkably short periods of time. The constant rhyme and poetry like style of Dr Seuss was done justice in what was clearly a well-rehearsed piece. The characterisation within this performance was particularly amazing: The Cat in the Hat, played by Rosie Weston, was as mad an erratic as you would expect and Mayzie, played by Annabel Dickson, was as sassy as she was vivacious. Rosie Dart was also incredibly convincing in her portrayal of the child JoJo which really bonded the piece together. 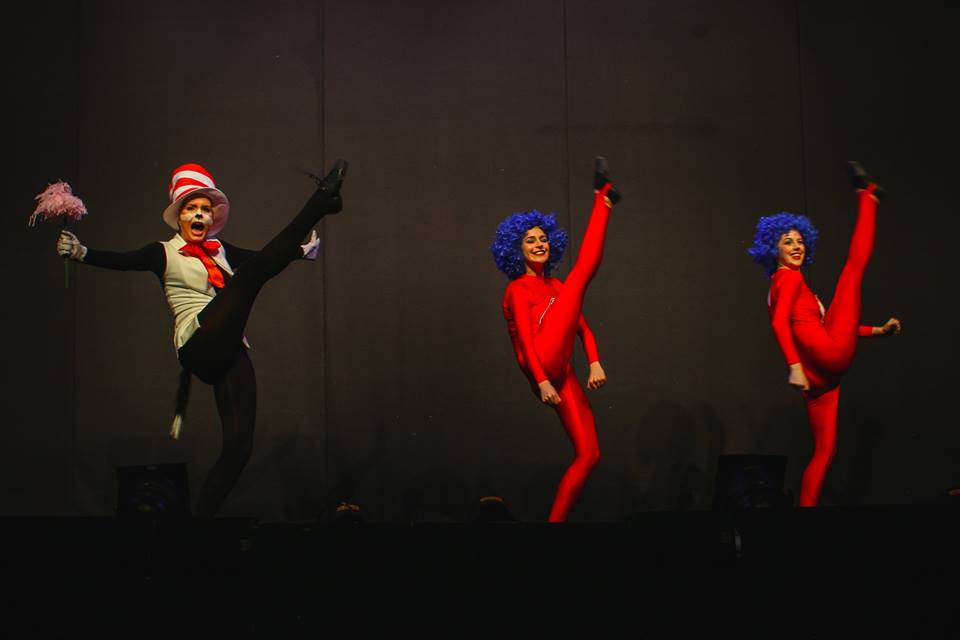 The costumes and set designs also really bring the world alive in the play. The use of bold, often primary colours, accentuates the carnival-like feel of the play in a way that also incites nostalgia for the imagination of childhood. Indeed, I applaud all the members of the creative team for their outstanding world-building contribution. The pit orchestra was also exceptional; however the levelling issues did take away from this somewhat as it meant that the cast could not always be heard over the orchestra. This did detract from what was otherwise an exceptional show as it did hinder the story-telling.

The Gala Theatre was an excellent venue for this production as the bigger stage allowed a bigger cast and more ambitious dances that would not have otherwise been possible. Lighting was used effectively to signify shifts of mood between energetic and more whimsical scenes. In the case of my personal favourite song ‘Alone in the Universe’, it was set with a blue lighting that expressed the dreamlike mood, and the music added to the ambience of the pieces.

Overall, Seussical the Musical is a fun and energetic musical that is quick-paced and slick throughout. An uplifting play, the show promises to make you smile, laugh and sing-along in a way that transports you into the mind of seven-year-old child for whom everything is exciting and new. Unmissable, this show is the epitome of DULOG and Durham Student Theatre as a whole.

Seussical the musical is on 17th-20th January in the Gala Theatre.