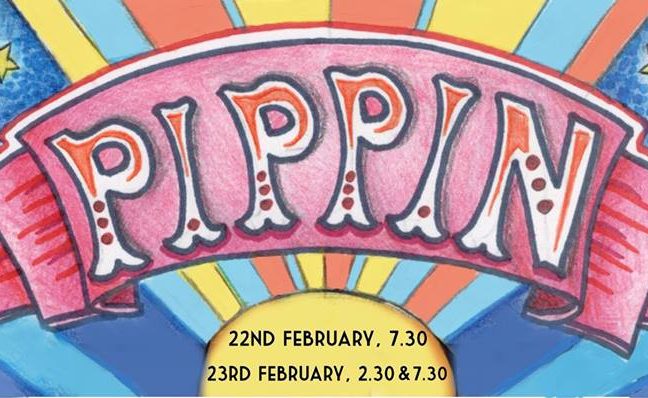 It is hard for anyone not to be drawn into the elaborate theatrical circus of Pippin. The narrative of the musical itself is even based on this premise. Pippin is multi-dimensional with infinite layers of meaning- a creative Pandora’s box. This, and Pippin’s anachronistic nature, is the reason why we wanted to direct such a diverse show- nothing is too fantastical!

The most intriguing aspect of the show lies in its unnerving darker side, which you’ll see come into climax in the finale. The show’s original 1970s roots can feel a little dated to modern audiences; reconciling the power of the original production’s effect whilst making it relatable to today has been a key directorial challenge. However, particularly through the staging and costume, we have achieved a far more timeless effect. We’ve tried to invert the elements of the circus in the piece; the costume reflects the musical within a musical narrative.

We’ve worked hard on creating illusions in the musical, particularly with movement, as it is a metatheatrical piece a lot of it is metaphorical, such as the fire in the finale. Movement direction has been important in conveying the mysterious and dubious nature of the players; it needed to be sustained through the fluid, and often rapid, scene changes to prevent the piece feeling stunted. Along with the choreography’s classic homage to Fosse, it is used to display a wealth of situations – ‘battles barbarous and bloody’, ‘sex presented pastorally’. It heightens the visual image of the piece and allows the players to fully inhabit their showmanship.

The variety of characters in Pippin certainly presents the opportunity for both character conflict and comedy. However, especially with this kind of borderline-allegorical show, there is a danger of individuals becoming caricatured, so specific attention has been required to prevent this. Pippin’s characterisation and search for his ‘corner of the sky’ is crucial to the plot. His continual shifts between naïve certainty and utter confusion is paralleled by his various attempts and failures to find happiness.

We have worked on making Pippin relatable and likable for the audience, as he certainly takes on the role of an ‘Everyman’ figure in the show. In direct contrast, the Leading Player is the character to watch, as her continuous presence and control of the stage hints at the malevolence behind the production, manipulating the audience and the players themselves to her will.

The ending of the musical is vital to the disconcerting atmosphere we build as the show progresses. There are many hidden surprises and parallels to be found in the show, only adding to its mystery. Many people find Pippin overly simplistic and unchallenging but as Scott Miller suggested ‘if done the way director Bob Fosse envisioned it, the show is surreal and disturbing.’ Indeed, the emotional impact of the show leaves the audience with no doubt that there are serious undertones to this often seemingly simplistic tale which are also relevant to them.