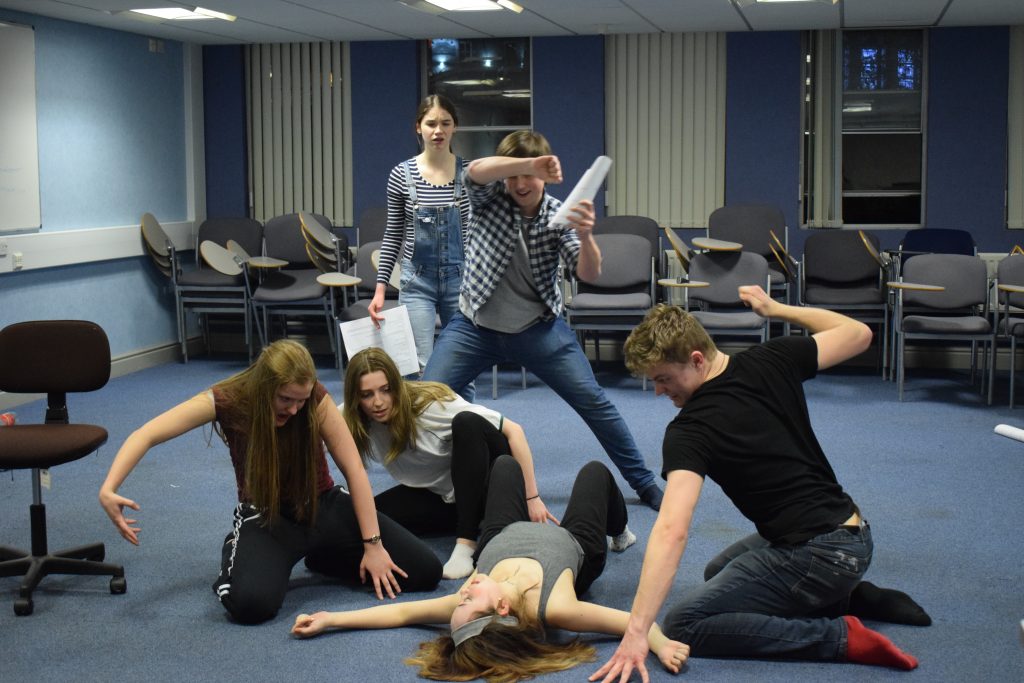 Devising as a process is something that I only really came to love recently, since starting at Durham. Most people’s experience of devised theatre often comes from their GCSE drama and so, however justified, their opinions can be slightly biased towards it. I feel that Inferno is a show that exemplifies how exciting and profound devised theatre as a whole can be. I first went into this process having never directed before, and the thing that shocked me the most was how much my initial vision for the show would change. I had initially thought that this show would be a comedy about the Devil suffering from a mid-eon crisis and deciding he wanted advice on how to update Hell for the modern world. What the show gradually grew into, through months of rehearsals and bountiful ideas supplied by the cast, is a fun yet visually stunning comparison of the classical moral values explored in the original “Inferno” and our contemporary relative morality.

With a devised show, the vast majority of ideas come from the cast and so it was all about letting them throw ideas into the mix, stripping back every layer of Hell to its main themes and building it from the ground up. Starting with simple physical moves we crafted big, complex and intricate sequences, one of my favourites of which is the sequence for fraud. I won’t spoil it too much for you but it involves some beautiful choreography on spinning chairs. 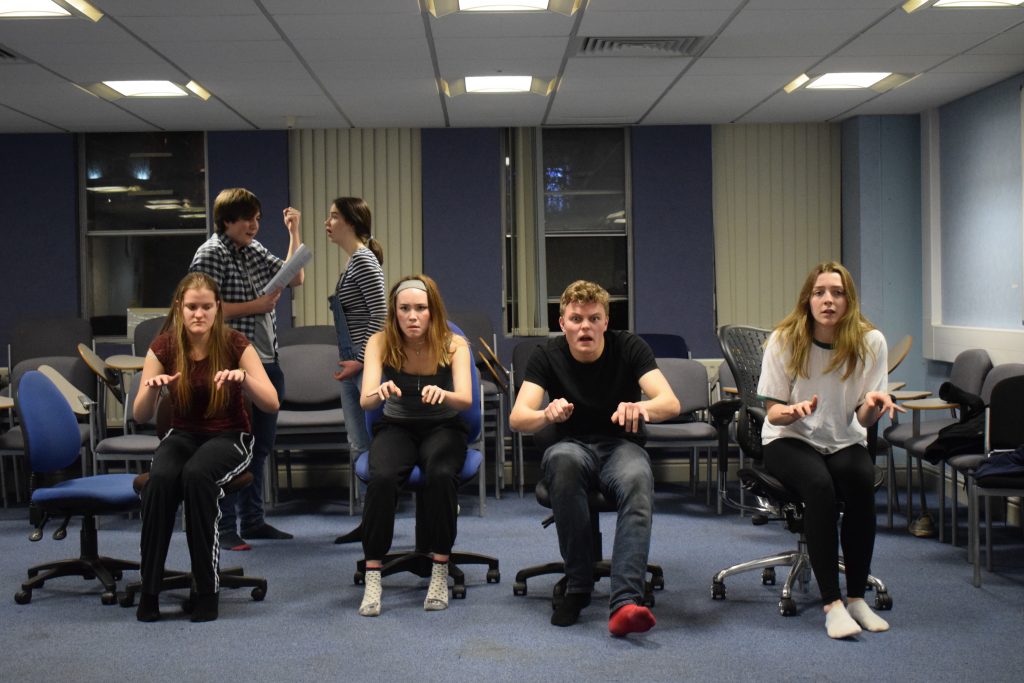 A new idea that we have adopted for this show is the idea of having a writer who sits with the casts, observes the physical devised elements and then writes a working script for each scene. This is then worked on with the casts input and a story is created from this. Florence Petrie has been absolutely invaluable in this role, and Inferno has developed from the throwaway comedy I had initially envisioned, to an exciting show with a dark yet pertinent message.

Wrong Tree has a history of using music to add that extra layer of depth and complexity to its shows and Inferno is no different; however what is so different about the music in this show is the scale of it. Emily Winters has filled the score with her own original music, pastiches of well-known songs and blended the classical and modern aspects seamlessly with an exceptionally talented band. Right from the off she had such clear ideas about the music, insisting on electronic stringed instruments to really bring this classic tale into the modern era.

The months that we have spent working on this show have just flown by and the final show is quite the spectacle. I can only hope that as many people as possible get to see it. I genuinely feel that Inferno will take the audience on a whirlwind adventure leaving them with plenty of food for thought.