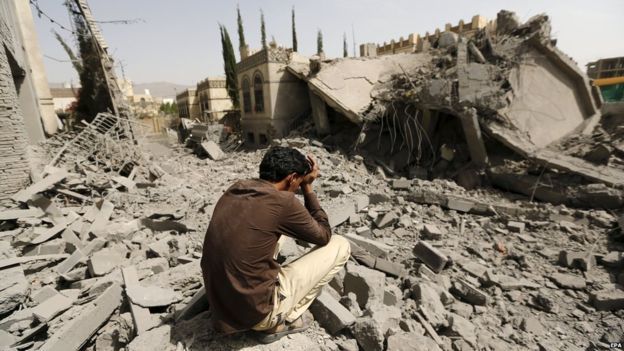 In a globalised world where our knowledge of international news is dependent upon the media, we rely on the news as truth. We do not question it, we do not assume there is more to the world; once breaking news is over, we forget the crisis as quickly as it was broadcasted.

How on earth could a natural disaster be misrepresented? Surely the news channel simply needs to arrive at the scene and film? The truth is that environmental crises are particularly susceptible to media bias, as the news channel has the ability to choose where to film, what to film, how to edit the footage, and when to stop broadcasting (affecting the amount of money received for aid.) More complex crises of political turmoil are biased though political affiliations, and crises fuelled by religion are subject to reluctance.

Recently, I had the privilege of attending a talk by Sir John Holmes (former UN Under-Secretary-General) who highlighted forgotten disasters and how to improve foreign aid. This article will bring light to crises that have been forgotten, or were never even brought to attention at the time. From April to July 1994, between 800,000 and 1 million ethnic Tutsis were killed in a 100 day genocide by Hutus, leaving Rwanda on the brink of collapse. It has made huge recovery by  pursuing a monetary union, but it very much still suffers the repercussions of the genocide. Within its economy, more than 1/3 of its national budget is supported by foreign aid, and there are severe psychological effects on the people. The genocide was a prime example of when foreign aid can be futile, the UN powerless, and to a large extent the world forgetting one of the worst genocides in history in less than two decades. The continuity of this crisis will be explained later in the Rohingya Crisis. 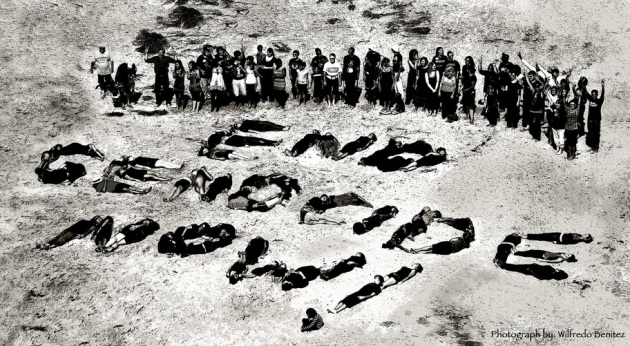 The UN estimates that between 200,000 and 300,000 people have died in Darfur since the start of the current conflict in 2004, and almost 2 million people have been internally displaced, with another 2 million have sought refuge in neighbouring countries. Global acute malnutrition rates in Darfur rose above the emergency threshold in 2007, reaching 16.1%. Some camps are reporting reductions in water supply, there are continued reports of violence in some camps for internally displaced persons, and attacks against civilians (including gender based and sexual violence). An estimated 4,500 children are believed to be associated with armed forces and groups. There is also a threat to humanitarian programmes, with attacks on humanitarian convoys- as of September 2008, 144 humanitarian compounds have been broken intoThe violence has escalated to the Sudanese government systematically burning villages, slaughtering innocent citizens and ordering the rape of women and girls, resulting in the international criminal court’s indictment of President al-Bashir . Violence increased again in 2017, yet this is rarely shown in the mainstream news.

At the time, it was breaking news internationally: 228,000 people were killed by a 9.1 magnitude earthquake. The devastation, loss and sadness was felt across the world and saw a vast amount of money given to the Disasters Emergency Committee (DEC). 14 countries were affected, and 40 % of people in the Aceh province lost their livelihoods.

The sheer scale of disaster and surge of international aid must surely mean Indonesia is prepared for the next earthquake? That we regularly use it as an example to fully prepare earthquake prone countries for the future?

The news has forgotten about the disaster, and Indonesia has struggled to improve public awareness and preparedness. In April 2012, when a magnitude 8.6 earthquake struck Banda Aceh, “the conditions were totally chaotic,” says Syarifah Marlina Al Mazhir, a lifelong resident of Banda Aceh who worked for the Red Cross during the 2004 tsunami. We have forgotten about Indonesia, the surge of aid money from the attention from mainstream news has dwindled, and Indonesia is in danger. The 7.0 magnitude earthquake killed more than 300,000, and almost ten years later Haiti still needs aid. In Port-au-Prince, Camp Caradeux sprang up as a temporary home for 20,000 displaced people, but permanent homes have failed to be put in place, and the economy is weak.

Yet, Trump referred to “shithole countries” when discussing the topic of accepting more people from Haiti and giving aid. “Haitains continue to suffer years after the earthquake… there are still about 55,000 people in makeshift camps… we have a very long way to go”, said U.N. Humanitarian Coordinator Mourad Wahba. In 2017, 2.5 million Haitians were still in need of aid according to the United Nations (Global Humanitarian Overview 2017).

Haiti has been entirely ignored since the earthquake, and is a prime example of disasters receiving the spotlight internationally at the time, and disregarded ever since. The repercussions are shown below on the right, as earthquakes continue to batter Haiti. 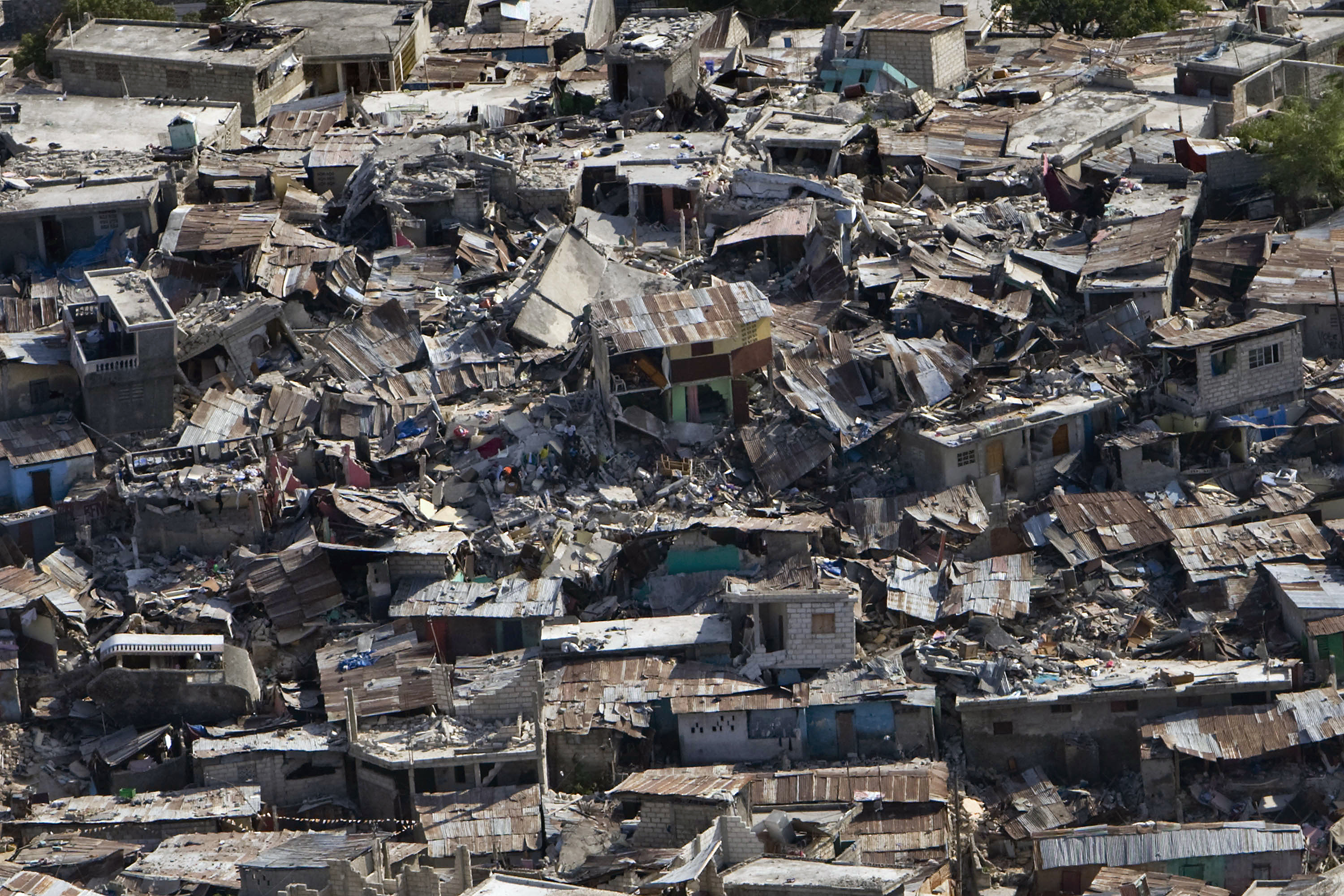 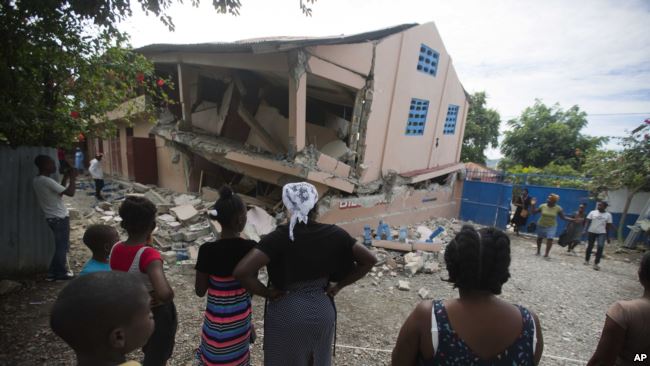 The Arab Spring uprising in Tunisia, which forced the country’s long-time president Ali Abdullah Saleh to hand over power , sparked the crises we see today in Egypt, Syria/Palestine, Turkey, Lebanon, and Yemen. It would be impossible to highlight  the injustices and extent of poor media coverage in these regions, but I will focus on Yemen as perhaps the most neglected large scale crisis in the world today. 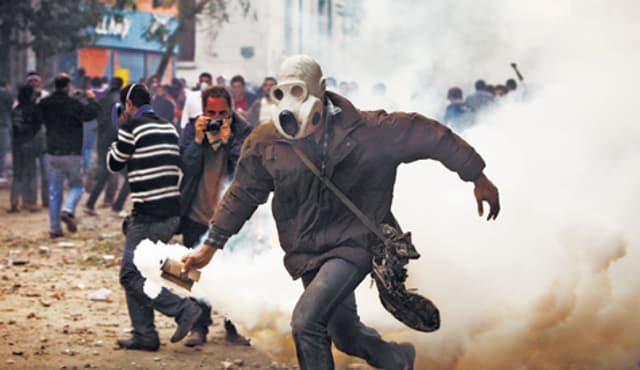 The political transition to President Hadi was supposed to bring stability, but he struggled to deal with militant attacks, corruption, food insecurity and the loyalty of military officers.

In 2014, when the Houthi Shia Muslim  rebel movement seized control of Sanaa (the capital), Mr Hadi ran into exile. In 2015, Saudi Arabia and eight other mostly Sunni Arab states, backed by the US, UK and France, began air strikes. Iran is backing the Houthis, and separatists are seeking independence.

This has resulted in a humanitarian crisis; 8.4 million people are at risk of starvation, 22.2 million people are displaced and 75% are in need of humanitarian assistance according to the UN. The health system has collapsed, the world’s largest cholera outbreak has killed thousands, Yemen is on the brink of the world’s worst famine, and Al- Qaeda and Islamic State are also involved. As of the 3rd December, the situation has deteriorated further as UN sponsored talks in Geneva collapsed when the Houthis failed to show up.

It is likely you were not aware of this crisis, as although the Syria/Palestine/Lebanon crisis is somewhat still in the rolling news, Yemen has failed to fully receive international attention. The UN has described it as the “world’s fastest growing refugee crisis” and a “textbook example of ethnic cleansing“. On August 25th 2017 the Myanmar state media reported that 12 security officers were killed during a serious of coordinated attacks; the military responded with burning down villages triggering a mass exodus of Rohingya to Bangladesh. Since then, more than 600,000 Rohingya refugees have arrived in Bangladesh after fleeing violence in Myanmar.

There is risk of widespread disease including cholera and tuberculosis in the
expanding refugee camps, yet the crisis still evades mainstream news coverage.

This year, the American hurricane was almost entirely prioritised in media coverage over the much stronger typhoon that tore through the Philippines. More than 4 million people were directly in the path of the typhoon, with winds of 200km/hr, and more than 7,000 died. The world’s attention however, was on the USA- the richest country in world with excess resources to cope with the hurricane- and the Philippines was largely ignored. The Greek refugee crisis hasn’t stopped. “Over 17,000 refugees are living in Greek island camps in conditions unfit for human habitation” and more than “8,300 refugees are housed in one former military camp, where they live in shipping containers and flimsy tents”. A Turkish police officer stands next to the body of the young boy.
Photograph: Reuters. Source: Guardian

The picture on the right displays one of at least 12 Syrians who drowned attempting to reach the Greek island of Kos. Within hours, it went viral becoming the top trending picture on twitter. The Greek refugee crisis has not ended, but media coverage has dropped.

Do not rely on mainstream news

In this article, I have been a hypocrite, as I highlighted certain humanitarian crises over others. I did not have enough room to cover North Korea, Eritrea, Burundi, or the DRC just to name a few. However, I have hopefully demonstrated the ephemeral and flawed nature of breaking news. Mainstream breaking news is tied to gaining attention and profit, shackled in political allies, limited filming and data collection feasibility, and treads on eggshells around religiously fuelled conflict.

Therefore, it is vital in such a politically tumultuous time that we are proactive in educating ourselves on the world’s crises. Use independent news channels like Al Jazeera which promote free flows of information, make the most of the news app on your phone where you can follow news from all parts of the world, read the UNHCR Global report of 2017 highlighting the “10 most under-reported humanitarian crises of 2017” and above all, do not assume that because a crisis is no longer being broadcast that it is no longer a problem.