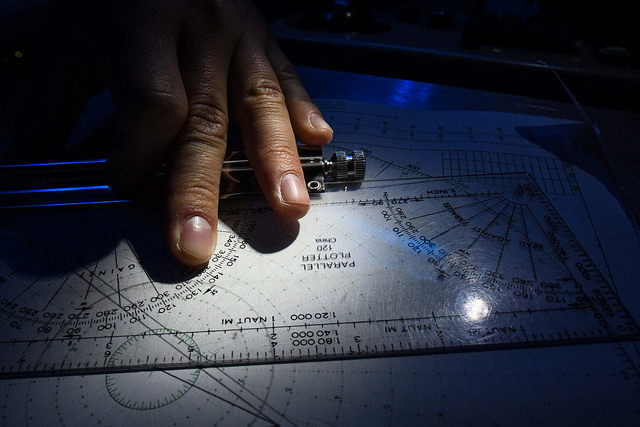 The last month has seen the Syria conflict escalate to the most dangerous level yet. The US, UK and France launched missile strikes against the Assad regime after claims emerged of a chemical attack on rebel-held Douma. Yesterday 18 Iranian soldiers were killed by a missile strike in northern Syria. Tehran has pointed the finger firmly at Israel. A civil war that has raged for 7 years without ever quite boiling over into a larger conflict is teetering close to the edge.

Now, it feels like the world press is catching its breath, waiting for the investigation by the Organisation for the Prohibition of Chemical Weapons (OPCW) to deliver its report on whether or not chemical weapons were in fact used in Douma.

In the meantime, mixed signals are coming out of Douma. Independent journalists including Robert Fisk have interviewed eyewitnesses and reported that the attack was staged, while Western mainstream media outlets have accused Russia and Assad of delaying the OPCW investigation so they could clear up any incriminating evidence.

This second claim contradicts the OPCW’s report stating the investigation was delayed because there were still concerns over the security of Douma. It perhaps signals the approach the Western media might take if, in fact, the investigation concludes that chemical weapons were not used in Douma: namely that the Russians tampered with the site before the investigators could get there.

The sad truth is that the mainstream media, by accepting the narrative of a chemical attack before the investigation was made, have committed themselves as much as their governments.

Our government has backed itself into a corner. This is the fundamental error of their policy with regard to Syria. In violating international law on the basis of disputed eyewitness reports and videos from unverified sources, they must be right for the missile strikes to have been even remotely justified.Ifthe OPCW concludes that no chemical weapons were used in Douma, our government will only deny it. It cannot afford to do otherwise.

The media may also deny it, but it is more likely that it would simply go unreported. In February, General Mattis admitted ‘we do not have evidence’ of the Assad regime using Sarin gas, either in 2013 or 2017. Our media, who are strongly opposed to the Assad government (or ‘regime’, as it is referred to) and have maintained Assad’s guilt, simply chose not to report this. Similarly, Robert Fisk’s article that suggested the attack was staged was ignored by newspapers, including The Guardian, despite Fisk’s piece supporting Jeremy Corbin’s demand for proof before action.

This is exactly what Noam Chomsky argued in Manufactured Consent. We, the public, look to our media to inform us, but when that media – from the most partisan to the supposedly neutral BBC – withholds information that doesn’t fit their narrative, they fail us.

The role of the media is only one of the several things we can take from the last month in Syria. Three other points stand out.

First, freedom of the press is under attack, primarily from the mainstream press itself. The BBC published an article ‘outing’ independent news sources on Syria as ‘conspiracy theorists’. The Guardian has previously accused journalists who questioned the motives of the White Helmets of being part of the ‘Russian propaganda machine’.

These ‘conspiracy theorists’ include Seymour Hersh, the journalist who documented the cover-up of the My Lai Massacre in Vietnam – for which he won the 1970 Pulitzer Prize for journalism – and reported on the US mistreatment of prisoners at Abu Ghraib, and John Pilger, an award-winning documentary maker.  These are people with a history of looking beyond the government narratives and exposing uncomfortable truths.

Clearly, we need to protect ourselves from Fake News, but it is becoming increasingly difficult to determine what is ‘Fake’ and what is simply inconvenient or challenging. Holding the government’s actions up to scrutiny is a fundamental tenet of democracy, and it is too easy to label a critical voice ‘conspiracy theorist’.

Second, the West has demonstrated a rash streak. With Trump in the White House, this is perhaps unsurprising. However, if the jihadist rebels in Syria didn’t stage these attacks they now have every incentive to do so, having seen the speed with which the West will act, with or without proof or justification.

Third, and most significantly for the Middle-Eastern strategic picture, the West has shown its weakness. After a bitter struggle within Trump’s Cabinet between Gen. Mattis and the hawkish John Bolton, the sanity of ‘Mad Dog’ won out, and the strikes themselves were limited to Syria’s suspected chemical weapons facilities. They did not include sites containing potential Russian or Iranian personnel; indeed, Russia and Iran were given prior warning to evacuate their troops.

While Mattis’ constraint is commendable, the compromised strikes, still in contravention of international law, lacked effect on the ground and have eroded the West’s influence in the region. The US proved itself wary of Russian and Iranian power in the region.

This caution will have alarmed Israel and Saudi Arabia, who rely on American muscle to back up their bluster, and encouraged those watching in Moscow and Tehran. As Trump wavers, unsure about whether to withdraw US personnel from Syria altogether, Assad edges closer to victory. Russia and Iran, backers to the winning horse, know the race is almost won.