Tess Howard, a second year Geography student at Durham University, is in line to make her senior international debut playing for the GB Women’s Hockey Team at the FIH Women’s Champions Trophy. This tournament marks the start of a demanding and incredibly important phase of international hockey, and Tess will be competing alongside accomplished players such as Sophie Bray and Lily Owsley, who have more than 100 international caps respectively. Despite captain, Alex Danson, being ruled out of the tournament due to concussion, newly-appointed coach, 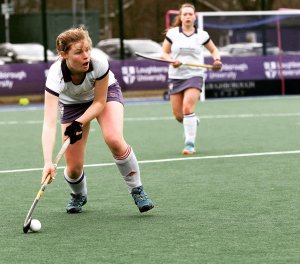 David Ralph, is confident that his team have the perfect combination of youth and experience to ensure success at the tournament.

At just 19 years old, Tess is the youngest player to be selected for the GB squad for the tournament in Changzhou, but she already has a remarkable list of achievements under her belt. She played for England at U16 level, then captained the England U18 squad in their test series against Holland and Wales in Easter 2017, before representing her country again in the summer of 2017 for the U21 squad, despite being just 18 years old. Here, she scored in her debut match against Scotland, and then played a pivotal role in contributing to the squad’s most momentous achievement: beating Holland for the first time in English junior history.

Following on from this, Tess became part of the Great Britain U23 Elite Development Programme and has continued to go from strength to strength ever since, juggling her geography degree with the demands of DU hockey and her international hockey commitments.

Her speed, strength and dexterity have made her a dangerous, attacking asset on the hockey pitch, but her awareness of the game, relentless determination, and passion for the sport have elevated her performance to a new level. This is aptly demonstrated through the fact that she was voted ‘Most Valuable Player’ following her debut season for the Durham University 1stXI squad last year, where she also gained the title of ‘Top Goal Scorer.’ However, her commitment and talent have been recognised on a national level, as she recently won the prestigious England Hockey accolade of ‘Junior Performance Player of the Year.’

GB Women’s coach, David Ralph, has said of Tess and the other 3 athletes making their senior GB debuts, that the Champions Trophy presents a great opportunity for them to ‘showcase their talents,’ and is a ‘justified reward for their development and performances.’

Tess will play her debut match against the host country, China, at 6am on Saturday 17thNovember.