Yukio Mishima was an elusive man. He was a Nobel Prize nominated writer, an actor, director and socialite. But, he also staged a failed military coup in the name of Japanese nationalism. George Mullins outlines the peculiar life of Yukio Mishima. 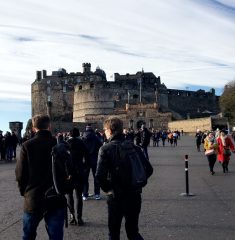 Day trip to Edinburgh: going to a different country?

Is Scotland the nation and the United Kingdom merely the political state? Are ‘Scottish’ and ‘British’ mutually exclusive identities? When the train leaves Durham and heads north to Edinburgh, what border am I crossing?

Karadžić’s Conviction: A Message for Europe