The irony of the travel industry’s over-reliance on single-use plastic has become a self-evident and self-fulfilling prophecy. In areas where the industry is thriving single-use plastic is in huge demand, subsequently polluting areas and driving away the visitors that are complicit in the creation of the problem. The visibility of these impacts is no longer confined to “the microscopic portion of the public paying attention to these things, but to everyday travellers” according to Denise Naguib, the Vice President of sustainability and supplier diversity for Marriott International. With a 2015 study concluding that the amount of plastic waste in the Pacific Ocean is sixteen times more than previously thought, a continuation on our current single-use plastic trajectory means there will be as much plastic pollution as there are fish in the ocean by 2050.

An awareness of this issue was becoming increasingly prominent in discourse surrounding the hospitality and travel industry prior to COVID-19. The pandemic, however, has halted and even reversed some of the hospitality industry’s plastic policies. In the US alone, almost 50 policies aimed at reducing the usage of single-use plastic were dropped by June 2020. The apparent short-term convenience of single-use plastic, as well as misinformation spread about the safety of effectively cleaned reusable items, has caused a surge of single-use products within the industry. 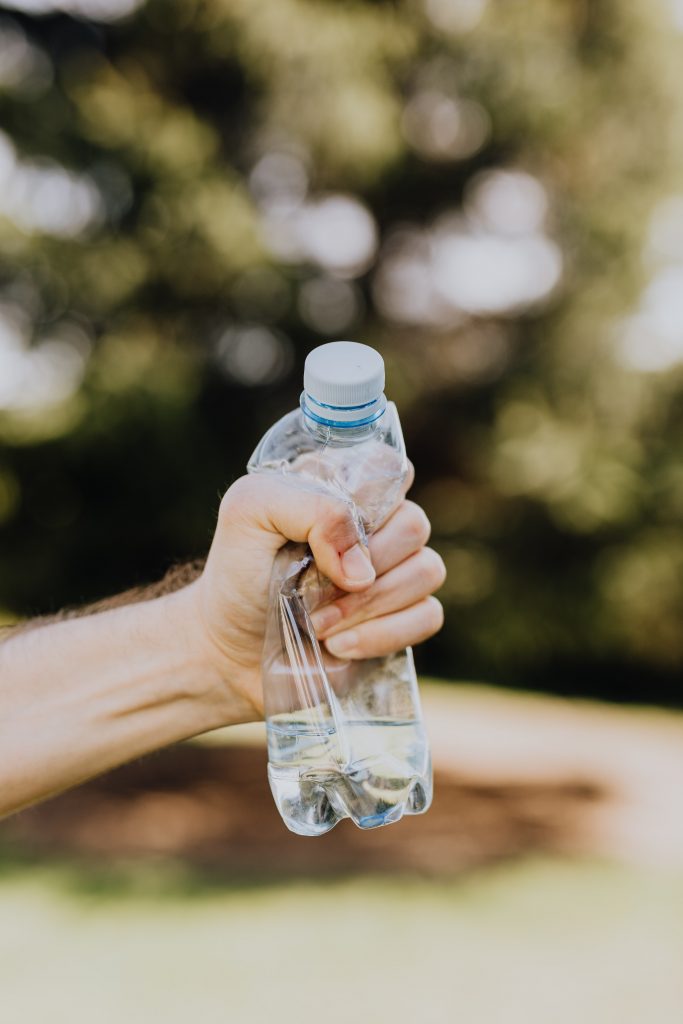 The obvious frontrunner is PPE. The UK government has purchased 32 billion items of PPE which is expected to amount to a four-month stockpile. This is an increase on the 2.43 billion items that are usually demanded during the same period. Similar huge increases in demand have been witnessed in the hospitality industry. It has become common practice for corporations to provide single-use PPE for customers and visitors who do not have their own. Moreover, the government’s early advice to the hospitality industry following the first national lockdown was explicit in encouraging businesses to use plastic menus and cutlery in order to limit viral transmission. Such advice caused consumer mistrust directed towards corporations who opted for the more sustainable – and perfectly safe – option of thoroughly cleaning and disinfecting reusable utensils. Meanwhile, businesses who followed government advice out of a desperate need for profit meant that some customers were turned away for presenting reusable cups and were provided with single-use ones instead.

We cannot, however, let the pandemic overrule a more sustainable approach to single-use plastics within the hospitality industry. The familiarity of walking into a hotel room and seeing a pair of water bottles and individually wrapped mints has now expanded to add a face mask, a bottle of hand sanitiser, and a pair of gloves. Each of these items will be used a handful of times and disposed of, or thrown away without any usage at all in some cases.

Pre-COVID, large hospitality chains had begun to enact meaningful change against single-use plastics. Marriott International pledged to replace single-use shower gels and washes with pump-top bottles by December 2020, leading to a 30% reduction in overall plastic usage. IHG promised to eradicate plastic straws from its hotels by the end of 2019, with a complete transition from single-use bathroom products projected to be complete by 2021. Such efforts, however, have been undermined by consumers. Keith Barr, the CEO of IHG, has claimed that the slow uptake of reusables has come from the demands and expectations of consumers. Such a slow uptake has been crippled further by the equation of mistrust with reusable products.

Other corporations have gone further in placing sustainability at the centre of their brand identity. The Six Senses hotel chain bottles water on site in line with their zero-waste policy. Others, such as the Hilton and Remington hotels, have halted the use of plastic key cards and now use digital downloads to allow guests access to rooms. But the responsibility of corporations within the industry to reduce single-use plastics is not enough. This shift also requires serious involvement with public authorities and heightened consumer awareness. The UK’s 2015 ban on plastic bags is evidence of the potential impact of such legislation, reducing overall plastic bag usage by 95% since its introduction. Bans on plastic straws and cotton buds have been implemented in some cases, but the pandemic has seen a drastically increased usage of single-use plastic in other areas which had undermined the effectiveness of such legislation.

The responsibility, therefore, does not lie solely with the corporations that we choose to give our business to. In choosing to be a customer of businesses that, at the very least, have made conscious efforts to reduce single-use plastic usage, the profit and sustainability motive will become increasingly aligned. Such a coalition will effectively force other corporations to follow suit. In doing so, the customer will promote a transition to a circular economy that breaks free from the ‘make, use, dispose’ ethic that currently prevails in the hospitality industry.

Image by Carolina Grabowska via Pexels.