After a year-long transition period, the UK left the EU at midnight on 31st December 2020. The 1246-page deal contains a plethora of information, but what will post-Brexit travel look like? Our controversial exit from the EU marks the end of the ease of working, living, and travelling within the EU that we have all become accustomed to. Despite early hopes and promises for continued freedom of movement, the Brexit deal presents a snarl of restrictions for those hoping to travel, work, and live within the EU. 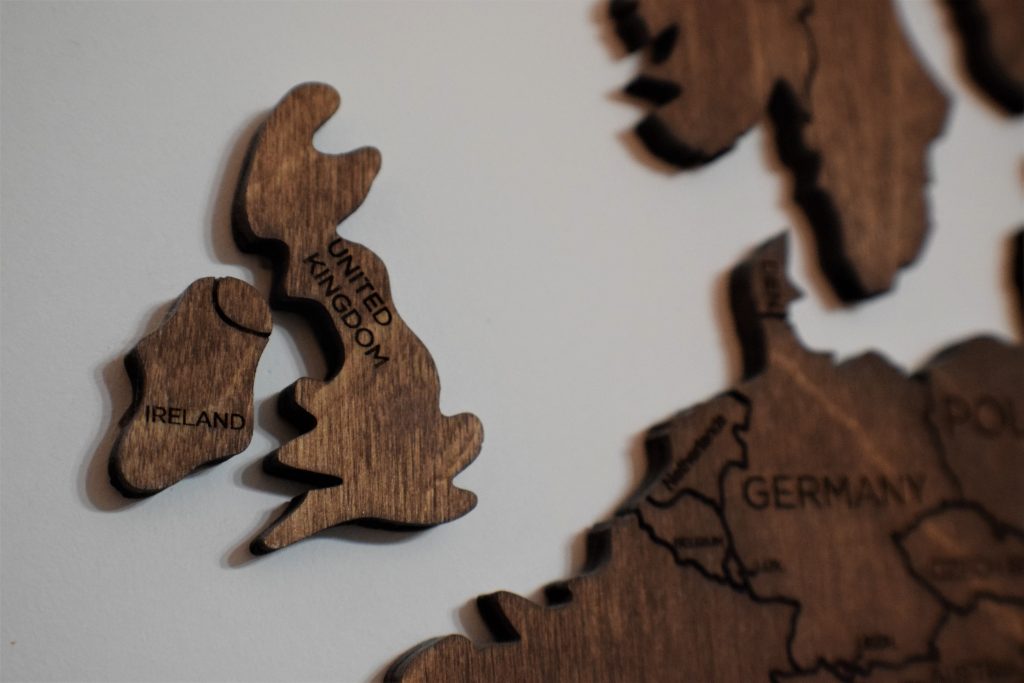 With respect to Northern Ireland, currency controls, pet passports and prohibitions on certain goods have been introduced.

There have, however, been remarkably little changes in Ireland, where freedom of movement to and from the UK has largely prevailed. The only potential disruption here, however, is the introduction of customs controls, the requirement of pet passports, and the necessary extension of vehicular insurance.

The rest of Europe

Our beloved burgundy EU emblazoned passports have lost their previous competency with regards to the European Union. There is an entanglement of rules, but it appears that the most fundamental is the requirement of a passport which is valid for, at the very least, three months after the date that the traveller leaves the visited EU country, and it must have been issued within the past decade.

Once again, the rules are (unsurprisingly) complicated here. But according to the GOV website, you must ensure that your passport has at least six months left and be less than ten years old. Both of these conditions need to be met.

The European Health Insurance Card (EHIC) or Global Health Insurance Card (GHIC) remain valid for travellers to the EU. Additionally, a UK passport is valid in order to access ‘medically necessary’ healthcare in Norway, including treatment for emergencies and pre-existing health conditions. Your EHIC card remains valid until its expiry date, upon which you should apply for a GHIC card through the NHS.

The GHIC is a new addition, and there are few details currently available. But it is reported that the card will cover twenty-seven EU countries, alongside Australia and New Zealand to name a few.

According to the GOV website, a range of people can apply for a UK-issued EHIC card after Brexit, including UK students studying in the EU, some State Pensioners who live in the EU (and their families), and EU nationals in the UK.

The government has halted tax-free sales on non-excise goods, which includes electronics and cosmetics. You can, however, buy alcohol and cigarettes free from duty and tax.

Entering Europe, however, the limits on duty-free are significantly stricter, meaning you cannot bring in more than two-hundred cigarettes or over a litre of spirits. You are also not entitled to bring in ‘Products of Animal Origin’ – including meat and dairy – although there are concessions for infant supplies and medical purposes. Travellers are also permitted to bring no more than 20kg of fish. Fresh fruit and vegetables are also prohibited, again with a few odd concessions, such as bananas.

Travellers will be barred from the ease of fast-track lanes for EU citizens at passport control. This means that arrivals will be significantly slower than we have grown accustomed to.

Moreover, border officials are now obliged by law to carry out more detailed checks which go beyond simply checking a passport. They are entitled to ask you about the purpose of your trip, its length, how it is funded, and where you intend to stay, amongst other things. They may also require evidence of an onward or return ticket, as well as proof of your finances.

British travellers are now subject to the “90/180 rule” which travellers outside of the EU have always been obliged to. This legislation is most impactful on those who travel for extended periods for business purposes. Travellers are only permitted to remain for 90 days in any 180-day period in the Schengen. This is not on a country-by-country basis, any entrance applies to the entirety of the Schengen Area and will be deducted from your 90-day total.

Again, some of these rules appear complicated, but the EU has an online short-stay visa calculator which should give some lucidity to the legislation. You can find it here: https://ec.europa.eu/home-affairs/content/visa-calculator_en.

If you wish to lengthen your visit, there is the option to apply for a long-stay visa which will remain valid for up to a year. This costs £89 in France, and you will need to provide evidence for your financial situation and health insurance, among other things. Likewise in Spain, though it will cost you only £54 here, although you will need to go for an interview at the Spanish consulate general.

From as early as 2022, British travellers will be required to register and pay for an Etias permit under the European Travel Information and Authorisation System. It is cheap, thankfully, costing £6 for three-years.

The previous law that any vehicle insured in the EU can be driven between EU states with the same policy has ended with Brexit. This means that drivers now need a Greed Card when travelling, and you must carry a physical (as opposed to electronic) copy of it with you.

Strict rules have been enforced which limit the amount of goods that travellers can re-enter Great Britain with. You are permitted 18 litres of wine, 4 litres of spirits and 42 litres of beer, amongst other things, including 200 cigarettes. Anything above this will be subject to considerable duty charges.

For all other goods, there exists a limit to the value of £390.

There are significantly more restrictions on travelling with pets, ferries and the Eurostar, and mobile phone roaming charges, just to name a few. But be sure to check the new legislation before you travel – although it may be a while off yet – to avoid getting caught out. Find more information on the GOV website here: https://www.gov.uk/visit-europe-1-january-2021.

Image by Anthony Beck via Pexels.