The Path to Peace and Enlightenment: A day in Bodhgaya

India is known to be one of the most culturally rich and vibrant places on earth. Being of Indian heritage, I always had a desire to explore the home of my family and better understand the culture they came from. It is very easy to get caught up in tourist whirlwind once you arrive in India. The country has developed to cater for the huge volume of tourism it attracts and that can often lead to a lack of authenticity when experiencing the endless attractions . For that reason, one place stood out to me the most: a place of utmost honest and true feeling of both passion and peace.

Bodhgaya is located in the North-Eastern state of Bihar and is heralded as the origin of the Buddha. For that reason, it is one of the most important pilgrimage sites for Buddhists in India and across the world, housing the famous tree where Siddhartha reached enlightenment, known as the Bodhi Tree.

Even though I do not count myself religious, I feel it is important to reach out and attempt to understand different faiths and ideologies. I fell in love with the focus on spirituality, understanding yourself and others in an attempt to lead a more blissful life. There was an overwhelming sense of serenity and beauty to the whole experience, which greatly contrasts to the usual chaos of India. There were many travelers who stopped off here before crossing over to Nepal and so I would highly recommend taking this route. 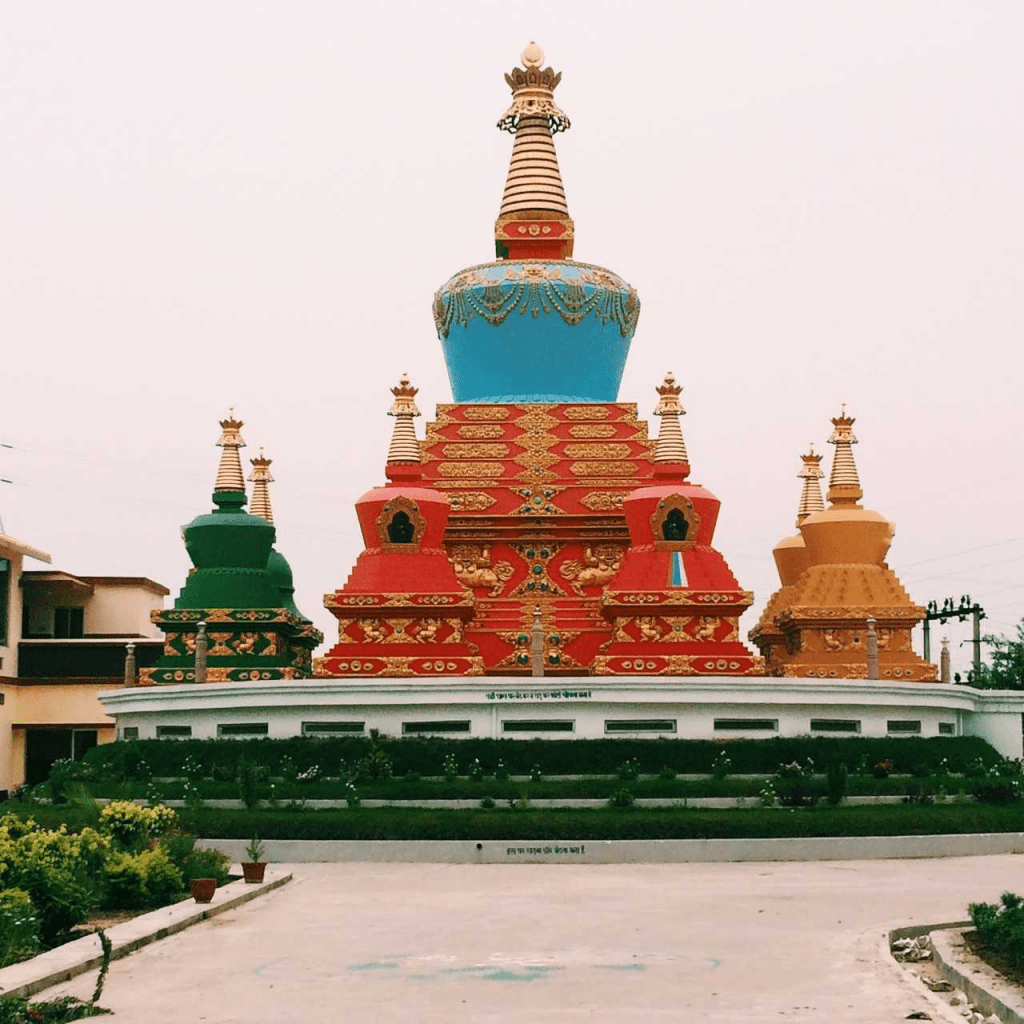 We set off for our day trip quite early and began by exploring the Mahabodhi temple. This is set in the center of lush gardens, lined with scrolls and pagodas all around. As we were exploring the grounds, we stumbled upon a tree beneath which were three monks. We started a conversation and they graciously recounted the stories of the lives of Buddha. They explained that this was the very tree where he gained enlightenment and continued to preach his teachings, exactly as we were being told thousands of years on. However, towards the end the monks did slowly proceeded to ask us for a tip for their generous story-telling. We obliged of course, but it did smack us all with the reality that even areas such as these which were seemingly off the beaten track, were slowly becoming commercialised.

After our morning of being ‘enlightened’, we continued around Bodhgaya, exploring the various temples dotted around the place. These were commissioned by Buddhist countries from across Asia such as Thailand, China, and Cambodia. We only managed a couple, but each one was beautiful and unique. It was ever so interesting to see how different cultures had interpreted the same religion. Only after visiting Bhodgaya did I truly grasp the variety of religion and the way it affects people.

Aside from the temples there was a market selling souvenirs, religious scripts and delicious food. Once again haggling is crucial if you do not wish to pay ten times the going price. I think I managed to buy two Buddha statues for the price of one. A trip to Bodhgaya wouldn’t be complete without a visit to the giant Buddha statue and that is how we ended the day. It is the biggest Buddha statue I have ever seen and it is definitely worth a look. 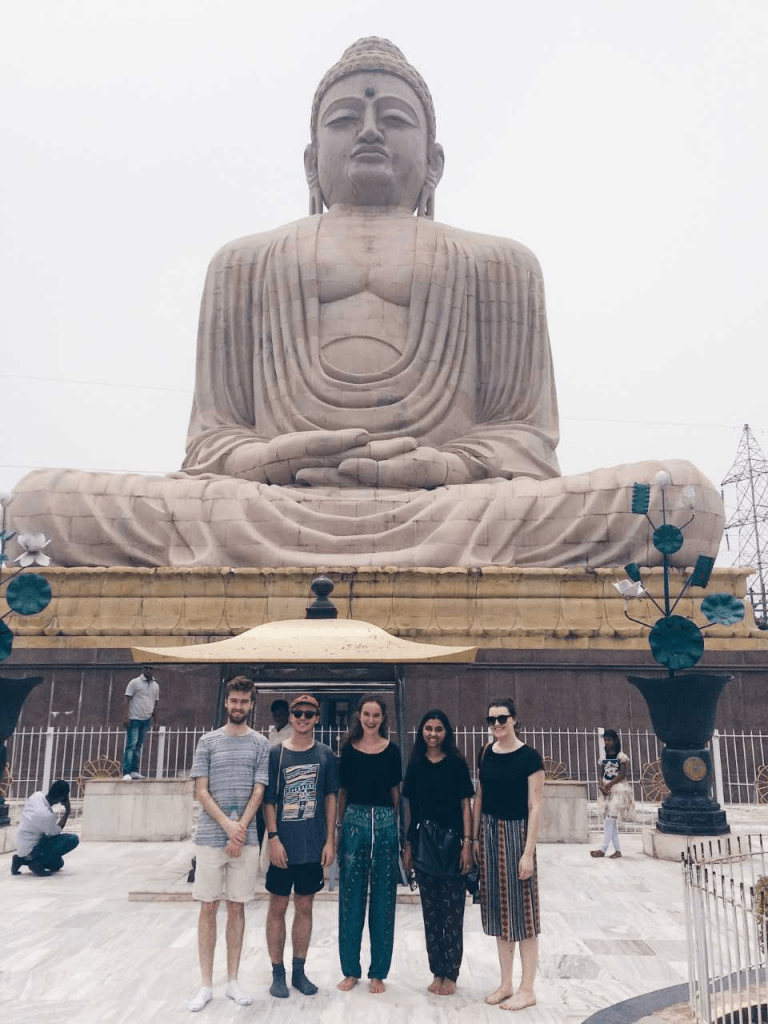 The giant Buddha statue with friends

Bhodgaya is a spiritual center boasting an aura of pure peace. I hope this has inspired you to step out of your comfort zone and venture off the beaten track before they too, become tourist troves.