As Winter begins to creep in, it’s time to start finding some new TV shows to binge watch or even to re-watch because they were just so good the first time! The question is, what to watch? Something light-hearted, something scary or perhaps something which is so realistic and takes the joke out of just how tragic your own life is? The following three series based on university and student life will not only help to liven your Sunday mornings, but also make you laugh (and perhaps cry) over how relatable they are! 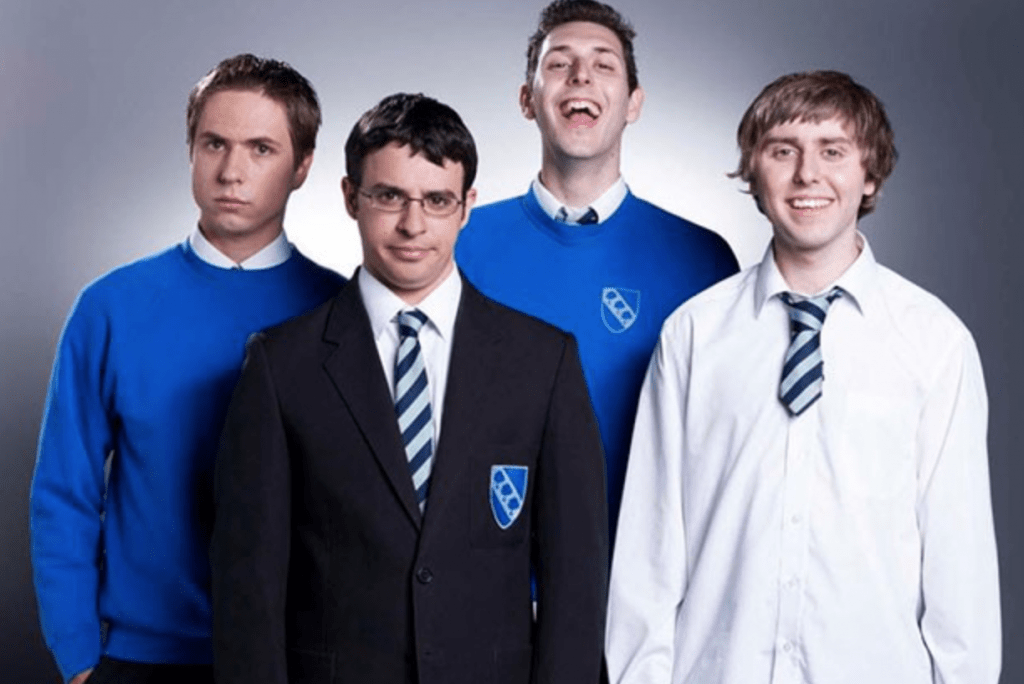 To say this show is hands down the best thing British television has ever created is a huge understatement. The Inbetweeners is a satirical and crude comedy, following the lives of four boys as they try to complete their A-Levels with hilarious results. Basically, it’s the type of show which watch during every hangover, as it makes you feel better about your own life and cheers you up considerably from the onset of ‘beer fear’. Some of the classic scenes of Neil punching the fish, Will’s accidental offensive comments towards the disabled and of course Jay’s lies make it a classic which you can watch time and time again. Whilst the situations are somewhat realistic, such as a lad’s holiday or the stress of taking your driver’s test, The Inbetweeners do love to take things to the extreme, to the point where you can’t help but laugh no matter how horrible and how much of a bad person it makes you seem. Will’s iconic quote to describe exam revision- ‘nothing’s fucking going in’- will always be applicable and let’s be real, if you had the chance to you would definitely want to ride in Simon’s crappy car.

If you didn’t spend your younger years wanting to sell your soul in order to be as mysterious and edgy as Effy Stonem or to be as stylish and provocative as Katie ‘fucking’ Fitch, then I’m afraid you did secondary school wrong. Skins was, and still is, an outrageous and addictive show that still relates to our generation even if it was made in the early 2000s. It was the first TV show I ever watched which actually realistically dealt with teenage issues that were rarely spoken of seriously in other shows, which is what makes this show so unique and so gripping. From Effy’s depression, to Cassie’s eating disorders, to Minnie’s teenage pregnancy and to even looking at the struggle of ‘coming out’ with Naomi and Emily’s relationship, this show presented regular and flawed teenagers trying to find their own way in life which starkly contrasted to other series at the time such as ‘Gilmore Girls’. With constant nights out, drugs and sex and one hilarious antic after another it truly portrays what it is like to be young and rebellious, with the whole “us against the world” vibe as they continuously got away with everything under their parents’ noses, who were too wrapped up in their own lives to care about their children. However, the show does have its flaws; characters such as Cassie created unrealistic views that it’s only the pretty skinny girls who suffer from eating disorders and almost made it appealing to viewers to be just like her as it was deemed ‘cool’. Overall however, I do admit it is a compelling and incredible show and a ‘must watch’, the ending of Series 4 will always bring me to tears- if you have watched Skins you will know what I am talking about! 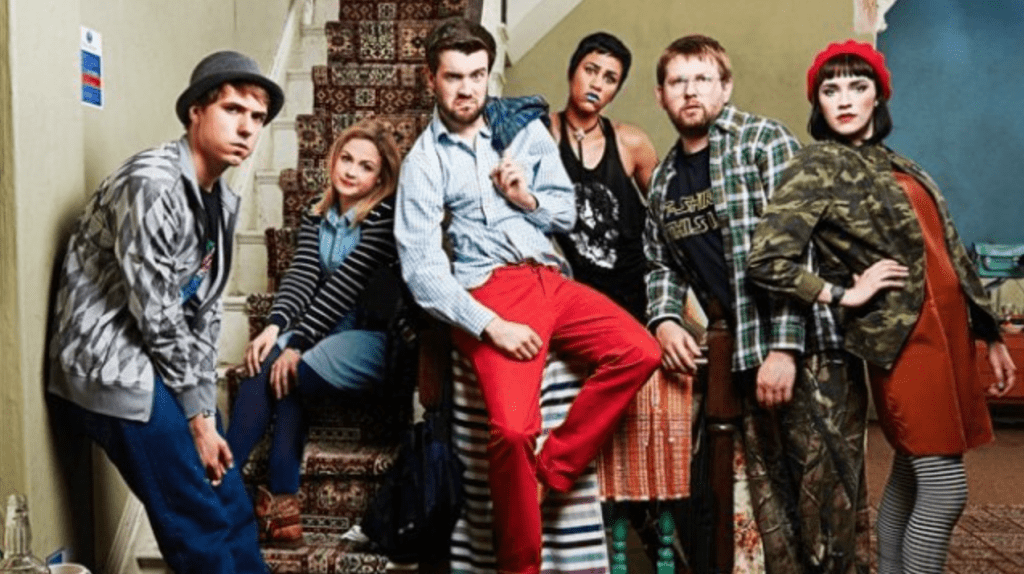 Image by Channel 4, available on Metro under Creative Commons 2.0 license

The huge irony of this show is the fact that although it takes stereotypes of university life to the extreme, the majority of it is in fact relatable to everybody’s own university experience, which makes it all the more hilarious and watchable! Fresh Meat, set in Manchester University, tells the story of six different students living in a house as they struggle to get through three years of partying, sex and of course their final exams! What I love most about this show has to be the diverse range of characters who almost sum up every person you meet at university; for example you have JP the public school boy with lack of any real-life awareness, Oregon whose gap year and English degree has her determined to fix all the world’s problems, Vod who is the house druggie and of course, who can forget Josie the loveable girl-next-door with the boyfriend from home who she inevitably cheats on. By putting all of these characters together in one house, it of course leads to comical scenes which just get funnier with every watch! From drilling a person’s face, to getting robbed because you left your keys in the door, this show is a must watch for any university student! My advice, however, is to avoid the episode where they all begin to question what the actual point is in doing their degrees, as from personal experience I can tell you it does cause a mid-life crisis!