The voice behind the characters: Jennifer Hale

With the exciting news that we’re FINALLY getting a Mass Effect series remaster this May, I thought it only appropriate to look back on the earlier titles and examine what made them so successful. Something which just kept cropping up was the impeccable voice acting and particularly that of Jennifer Hale. So why not take a moment to appreciate this queen of the industry? 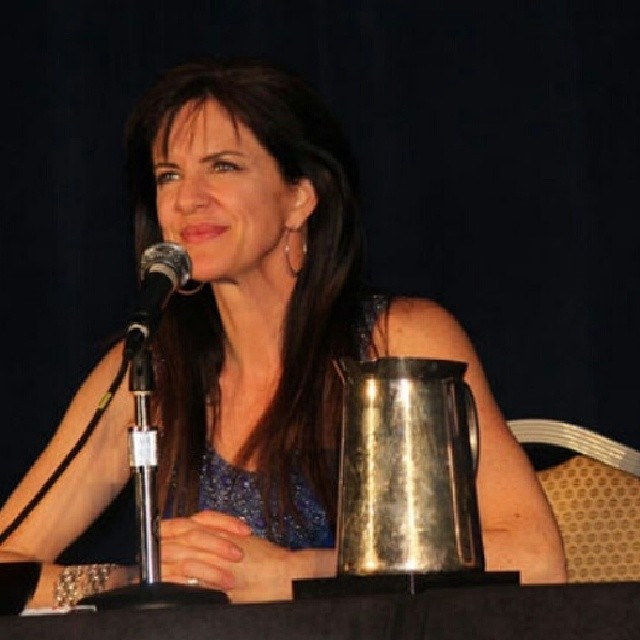 Jennifer Hale breaks records for the number of roles she has played (Source: Hikaru Kazushime via Flickr)

Hale’s career spans back to the 80s, but her work in video games has become her most successful and prominent feature of her resume. Her work has seen her appear in Mass Effect, Marvel’s Avengers, Dragon Age, Mortal Kombat, Horizon Zero Dawn, Guild Wars 2, Overwatch and Baldur’s Gate, just to name a few. (This is not even counting her voice over work in numerous animated television series.)

In fact, Hale was awarded a Guiness World Record for being “the most prolific female video game voice actor”, and as of 22 January 2015, her voice can be heard in over 168 video games. No doubt that count has only increased since then.

Needless to say, she’s been extremely busy, and the chances are if you’ve ever played a popular gaming title, her voice can be found within. 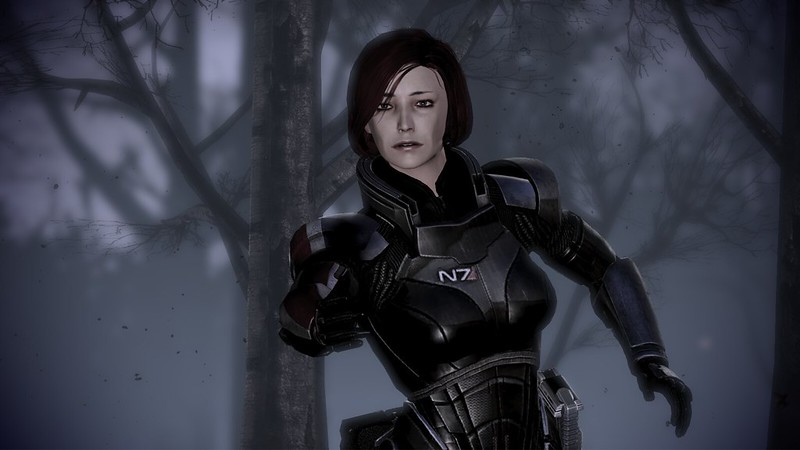 Yet it is her work as the female voice for Commander Shepard in the Mass Effect series of games which has arguably become her most well-known work. Able to be both brutal and diplomatic through the renegade and paragon morality system, Hale continually flexes her ability to do just about anything.

The teasing friendly ribbing of Shepard and her crew are seamless. The intimate and quiet moments of a romance scene are flawless. The shouted commands and harsh rebukes in combat are unforgettable. No matter what dialogue choice you pick, Shepard provides a satisfactory and natural response which feels right. 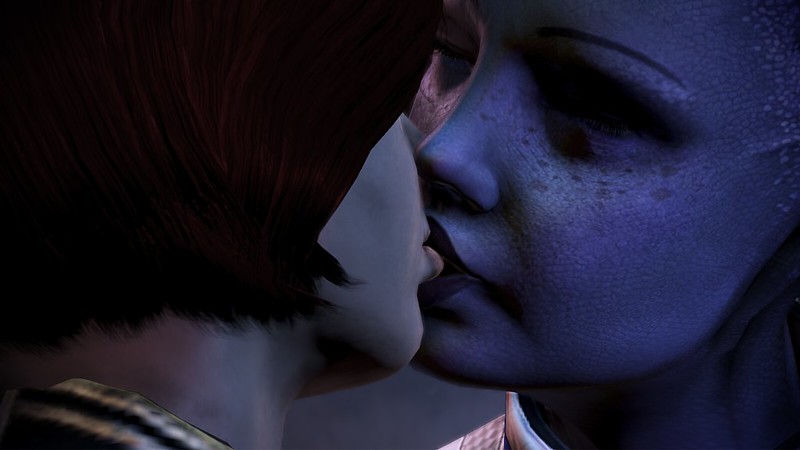 Female Shepard has one of the few lesbian romances in the game and gives an incredibly heart-warming performance (Source: Ryan Somma via Flickr)

Commander Shepard is a military woman. No matter what backstory you select (be it colonizer, earth born or spacer) she always joins the ranks of the N7 and will become the first human Spectre in the original Mass Effect game. (N7 is the highest rank and level in the Human Alliance Special Forces and Spectres are individuals who are granted specific authority by the Gallactic Council. They are an elite group selected from a number of species and their goal is to preserve galactic peace and stability through whatever means necessary.) Shepard’s voice is reflective of this persona.

Hale’s ability to project such an authoritative presence into Shepard is incredibly impressive, especially when she is not provided with much context as to what is happening in the scenes when recording in the booth. Very little is provided for her to work from, but you would never know this if you only listened to her work. 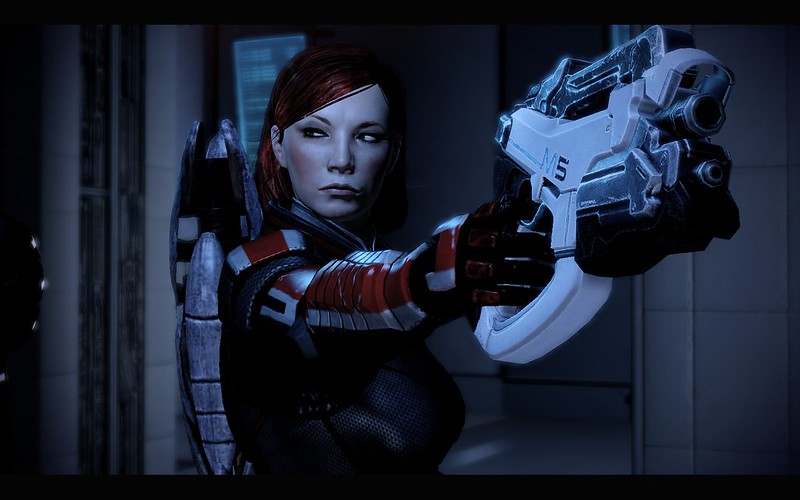 The morality system creates multiple ways of approaching each mission – and each choice must be voiced (Source: Annakie via Flickr)

Voice acting does not just include spoken lines of dialogue either. Every time Shepard gets hit and takes a bullet, she grunts. Every time there’s a chase scene, she pants and sounds out of breath. Every jump and every death cry requires their own unique sound. Those who played Mass Effect 2’s opening will know that some of the most memorable moments do not have dialogue at all. The sound of Shepard’s frantic breathing as she is sucked out of the airlock and into the void of space is chilling in its intensity. She desperately tries to stop the seal breach in her suit but fails and dies (before quickly being resurrected of course.)

Jennifer Hale must do it all and do it alone. There is an estimated 40,000 lines of dialogue in Mass Effect 3. This single actress must voice the majoirty of them, and usually does multiple versions of each line for the development team to pick from. This is the beauty and the curse of branching dialogue. Every scene has a paragon or renegade choice. There is optional dialogue with companions, companions who in some people’s save games, aren’t alive. There is ambient dialogue with NPCs in the world. There is dialogue that must be recorded that some players will miss or skip. The sheer effort it takes to bring these characters to life is mind numbing. 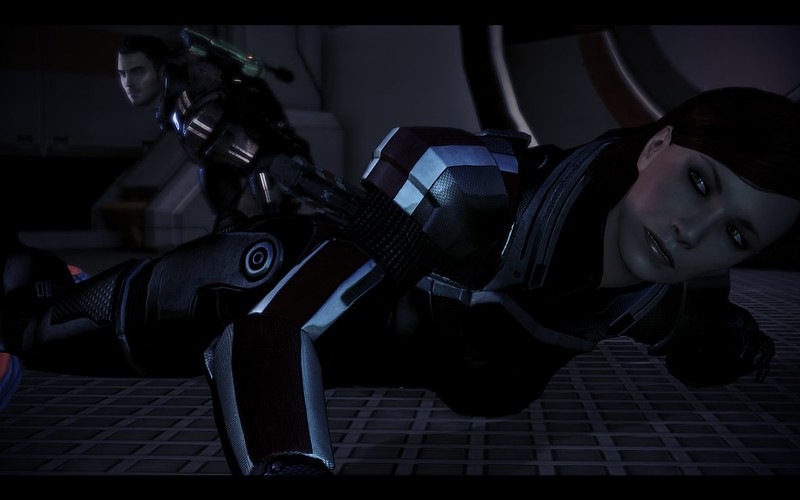 Voice acting includes not just spoken lines. Every single noise must be performed and captured to perfection (Source: Annakie via Flickr)

The range is what is impressive, and Hale has become known as somewhat of a chameleon for her ability to seamlessly integrate herself into games without players even recognising her. A great example of this is her voice work for the trans male character, Krem, in Bioware’s other major franchise, Dragon Age. Krem is a man who is the lieutenant of a band of mercenaries. Yet, if you did not know it was Jennifer Hale, you would not even notice it was a woman who voiced the lines of dialogue. 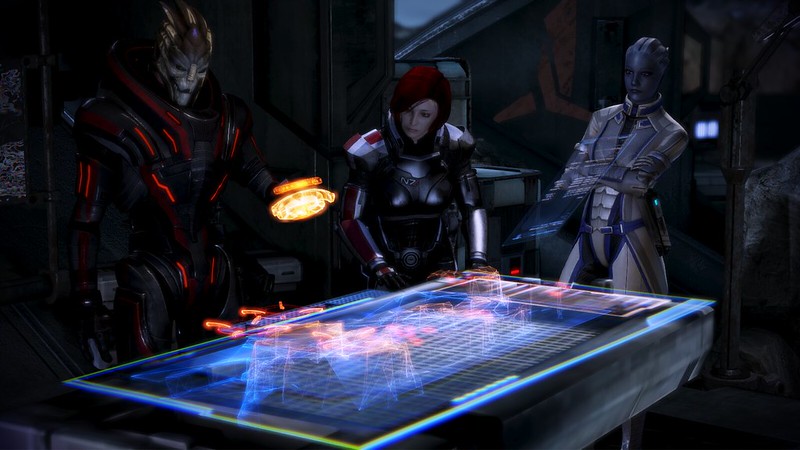 We talk to hundreds, if not thousands of characters across the series (Source: Ryan Somma via Flickr)

She is truly a staple in the industry and her continued contribution to the voice acting world is second to none. We may not see the faces and names of the voices to some of our favourite characters enough, but when a voice is just this good you cannot help but be in awe.

Now all we need to do is wait until May and we can experience the thrill of the Mass Effect universe all over again. It’s going to be a long wait!