Elden Ring: Not every game is for you – and that’s OK

If you follow gaming news at all on social media, you likely have been bombarded with opinions about FromSoftware’s newest open-world title, Elden Ring.

FromSoftware, the developers of the notoriously difficult Dark Souls games and other punishing titles like Sekiro: Shadows Dies Twice and Bloodborne, have surpassed expectations with Elden Ring, selling over 12 million copies in only 18 days. Despite the cult-like fanbase ‘Soulsborne’ games attract, Elden Ring has passed the barrier and entered the mainstream.

With mainstream attention comes certain topics however and these have plagued my timeline for several weeks now. ‘There needs to be more accessibility options,’ ‘you need to play the game this way,’ ‘did you see thse tweets from those developers and how bitter they are’ and ‘you don’t like it? Then you just don’t get what they were going for. It’s the best game ever made,’ etc. The list is endless.

But what I fail to see enough is the idea that not every gamer is going to like every game that is released. And that is perfectly acceptable.

Elden Ring takes place in the Lands Between, a domain ruled by Queen Marika the Eternal. The lands include six vast areas each ruled by a demigod figure. (Image: Enot91 via Flickr with license)

Soulsborne games possess certain identity markers. Difficult boss battles, challenging combat, dark and intriguing world spaces and a demand for attention and commitment. This ideology is what FromSoftware’s president and icon, Hidetaka Miyazaki, explained in a recent interview, where he restated his commitment to having his games remain challenging for the near future. He argued that the difficulty levels in his games are the way they are because he wants players to rethink the way the view failure and death states. Dying to a boss is not a failure. Rather, getting back up and trying again and doing something new to overcome the challenge is success itself.

He stated, “I do feel apologetic toward anyone who feels there’s just too much to overcome in my games – I just want as many players as possible to experience the joy that comes from overcoming hardship. We all face problems in our daily lives. Finding answers is always a satisfying thing.” He continued, “We are always looking to improve, but, in our games specifically, hardship is what gives meaning to the experience.”

This explanation goes a way to explaining why Soulsborne titles are unlikely to ever get an ‘easy mode’ as it goes against the ‘identity’ of those franchises, but it also explains why these games are not built for everyone.

In these games, the expectation is that you will die. A lot. You will face an enemy many times before finding victory. For some, this process of encountering an enemy and having to intimately learn it’s move set and attack patterns, provides them such a deep feeling of satisfaction when they finally best that challenge that nothing else comes close. The dance of death is the platform from which they seek to excel and become better than they were. But others see this process as nothing more than arduous and frustrating.

You play as the Tarnished, someone who endeavors to retrieve the Elden Ring and become an Elden Lord. In your journey you will encounter demigods as well as other Tarnished, who are other online players. (Image: Enot91 via Flickr with license)

Some gamers choose games that will challenge them. They enjoy seeing just how good they are and testing how well they understand the game’s mechanics. For others, they game to relax. To immerse themselves into a world that is easier than our own, a reprieve from the grind of existing. The hardest decision is what hairstyle to choose for your avatar or what outfit will give you the best bonuses.

There is no ‘wrong’ way to game, and I tire of gamers gatekeeping on this topic. If all you want when you game is to make simple decisions about which crops to plant or to find out whether you can pet animals, this is perfectly fine. If you want games that force you to use all your skills and demand you to understand the game’s mechanics on a deeper level, this is also fine. Gatekeepers who scoff at this concept forget that games exist for both players and we all win by this being the case. Variety is the spice of life, so it is said. 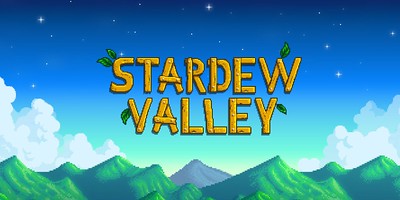 For all of the differences within Elden Ring from its predecessors, it is still a game inbedded in the Soulsborne formula. Many gamers relish the chance to jump into this style of play once more, and they now have an expansive open-world to run around in and lore written with the assistance of George R. R. Martin to entertain them. From the high meta-critic score, there is much here to be enjoyed by those gamers. I wish them well in the Lands Between.

However, it is not the only game on the market and certainly not the only excellent game released this year. The Soulsborne formula could easily sound like a nightmare to someone who does not desire the thrill or challenge that they provide. So, rather than scoffing and insisting that no other game can compete, I invite those players to instead find the games that will provide them what they want, be it a harmless farm simulator or just another open world title, which does not make them feel like they are bashing their head against a brick wall. This industry is not lacking in talent and worlds of all shapes, sizes and genres can be found here and we are all the better for that variety.