It has been no secret that the next Dragon Age game from BioWare has had a troubled development cycle. From being reworked from a single-player game to a live service model at the behest of their publisher and then back to a single-player experience, Dragon Age has had a most difficult production period.

Dailey took over the role following the previous departure of Mark Darrah in December 2020. Darrah had worked at BioWare for more than twenty years and had been the replacement for Mike Laidlaw, who left BioWare after the initial cancelling of the original vision for the next Dragon Age, code named ‘Joplin’. Darrah and Matthew Goldman took the reins, with Goldman taking over as creative director for the project from 2017 to 2021. Goldman, who had worked at BioWare since 1998, has since left the company. 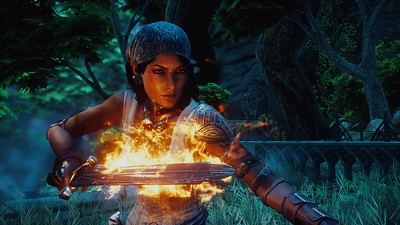 The original design for Dragon Age 4 was scrapped by EA who pushed for the title to contain live-service elements to order to implement microtransactions. This plan has since been scrapped. (Credit: Alice Envenomed via Flickr with license)

In a statement from BioWare’s general manager, Gary McKay, he reassured that the game rests in the hands of a “strong leadership team of industry and Dragon Age veterans” who are working hard to carry the game through its Production stage.

He went on to state that, “As we continue our journey, we wanted to wish Christian Dailey a heartfelt farewell from BioWare.” He continued, “Christian started with us back in 2018 and has been a big influence on our games and leadership team, most recently as Executive Producer over Dragon Age’s development. The games industry is ever-changing though and sometimes folks want to go and try new things – we understand, but we will miss him as a friend and as a colleague.”

Prior to his role on the Dragon Age team, Dailey was the franchise development director for Anthem’s live services and then the studio director at BioWare’s Austin site.

Dailey confirmed the news via Twitter, saying that the next Dragon Age is in “great hands” and that he looks forward to “cheering on the team and playing as a fan.” He did not lay out any future plans nor did he reveal the reasons for his departure from BioWare, though from McKay’s message and Dailey’s Twitter announcement, the split appears to be amicable. 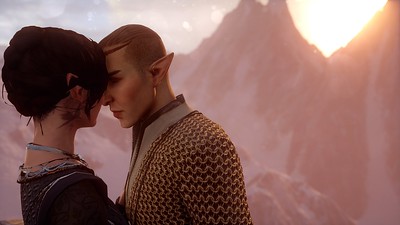 Dragon Age 4 is to heavily feature Solas [character on the right], a companion in Dragon Age: Inquisition, who plans to end the world to rebuild his old empire. (Credit: Alice Envenomed via Flickr with license)

As for where the next Dragon Age game now sits, McKay confirmed that it is currently in the “middle of production”, with the blueprint for their desired vision having been completed last year and the team are now focused on building upon that vision, “creating amazing environments, deep characters, strong gameplay, impactful writing, emotional cinematics – and much more.”

McKay confirmed that the new production director is Mac Walters, a BioWare veteran who recently directed the Mass Effect: Legendary Edition and before that had worked on Mass Effect: Andromeda and the original Mass Effect Trilogy as a writer and director. Alongside him is Corrine Busche, a long-time Electronic Arts employee taking over as game director and Benoit Houle, the new director of development. Houle has worked on every Dragon Age game since Origins in 2009 and has credits in the Mass Effect games as well.

McKay has not confirmed a release date but this was to be expected given the very recent progress into the production stage of game development. Though he did confirm that BioWare will begin to reveal more details about the next Dragon Age game later this year. 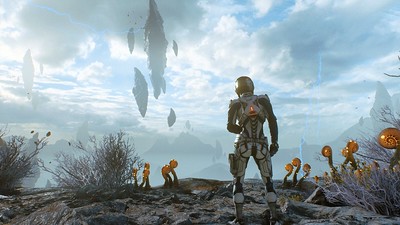 Mass Effect: Andromeda could be beautiful at times but mostly the game was rife with visual bugs and oddities. BioWare are keen to avoid another scandal like this. (Image: Public Domain)

Despite the positive tone in McKay’s message, it is hard to be reassured when BioWare, particularly the Dragon Age team, appear to be bleeding veteran talent and being juggled between multiple heads within a short time frame. It appears unlikely that we will get the next instalment in BioWare’s epic high fantasy RPG series before 2024, by which point it would have been ten years since the release of Dragon Age: Inquisition, the third game in the series.

In all their communications, BioWare are keen to stress their commitment to quality. They want to avoid repeating the mistakes they made in the past, as Mass Effect: Andromeda became the laughing stock of the internet due to its high volume of visual bugs and poor performance. Mass Effect: Andromeda saw no DLC and forced the once golden franchise to be put on ice.

Dragon Age is just as beloved of a franchise and with BioWare’s underwhelming releases in the last few years, it stands to test whether this once acclaimed studio still has what it takes to release some of the best games in the industry.

It is commendable that they desire to get the game right, but questions remain over how coherent of a game this will turn out to be when it has passed through so many hands so frequently.