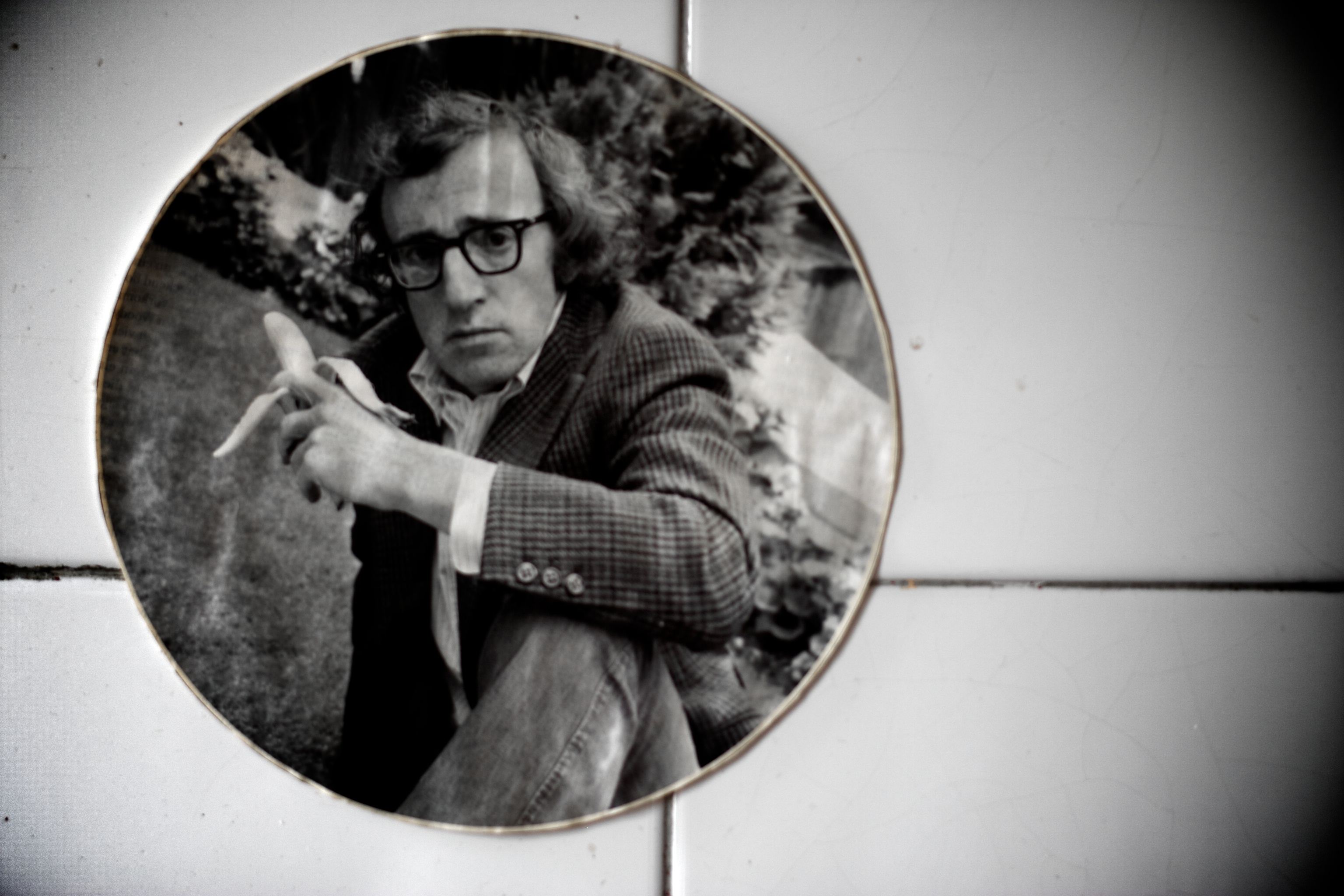 Having been a cult hit on student radio this week, albeit with my Nan and the drunk guy on table 11 at Lloyd’s, I felt empowered to trawl through unaccustomed routes of comedy. Instead of returning to the usual Woody Allen-inspired surrealism, which always welcomes me heartily with beer and bacon frazzles, I thought I’d take a cathartic crawl through the subconscious of comedy and see what else could be unearthed. Fancy dabbling?

As a proud wearer of glasses, I have always been confident in my ability to observe, especially at great distances. Yet when it comes to observational comedy I am stumped. In a charity shop today I was perched, binoculars in hand and straddling a size 4 mannequin, ready to find a morsel of material. Is it ‘funny’ to note that every item of clothing resembles either the underside of a camel, or a scene of similar colour and vibrancy to the morning school run in Finding Nemo?

Or that the previous owners of the donated items (all of which are deemed household ‘necessities’ and for some reason standardised across charity shops nationwide) have clearly taken their toll on the price tag system, with each sticker peeling at the edges, before descending wearily to the ‘99p’ category. The ‘bargain’. Perhaps it would be humorous to unravel the charity-shop-till conversation dynamic, know the sort? No matter what you buy, there is the inevitable feeling that it is never quite enough to qualify as your ‘good deed’ for the day; or the tales you are told of ‘business’ and its toils, when the shop is trying to compete with people buying Topshop earrings for their niece or designer ponchos from Superdry? Here, it seems, observation escapes me.

Perhaps a refreshing Haiku to lighten the mood?

Unless written in Danish.

I admit, it is my second favourite child in the comedy family, whether it be satirical, in order to mock that self-pitying, allegorical style of poetry, or used to play on the rhyme and perpetual possibilities of a poem’s words.

However, the Chairman Mao of all comedies is surely the unequivocal, timeless brevity and succinct irresistibility of the ‘quip’, the one-liner. If I could say to it what Richard III (note the incarnation of the English student) does to Anne about her effect on his eyes, ‘And what these sorrows could not thence exhale / Thy beauty hath, and made them blind with weeping’. I also say this to onions. It is, then, probably appropriate to end on my favourite one-liner at the moment: ‘I once knew a lady whose heart was always in the right place, unfortunately for her donor, who had not yet died’.

Perhaps it has been a worthwhile trip into the subconscious of comedy; new avenues should always be welcomed, although it has really just left me wanting a drink with that guy at Lloyd’s.