The biggest (figurative) dick in the animal kingdom 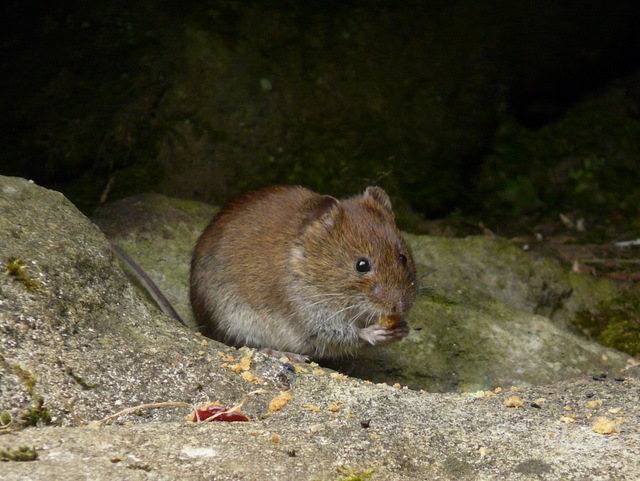 Absolutely adorable, isn’t she? Look at those big, gorgeous eyes bursting with a gleam of unblemished innocence, pure hope, and child-like awe and wonder. Incidentally, this is look she achieves through maintaining a healthy diet consisting of her own goddamn babies.

In a very depraved, evolutionary sense this is actually a quite functional strategy: if there is a shortage of resources and your children are weaklings, it is best to cut your losses, consume your little darlings and make new ones when times are better. Devastatingly heartless, but that’s how the cruel hand of evolution bitch-slaps organisms into competitive shape in the race of life.

The reason the bank vole gets wins the award for nature’s greatest dick is however not merely because it adopts a cruel but efficient evolutionary strategy – it is the extent of applies this strategy well-beyond the accepted range of evolutionary dickery. Because a female with newborns is by and large unable to produce and provide for new children for a while, a single mother in the world of rodents is very unattractive to males, who consequently be better off investing their time trying to bone someone else. Imagine then, that the Ryan Gosling of bank voles would happen to pass by, advertising his genetically superiour man-juice. From the female’s perspective, her children would effectively act as whatever the female equivalent of ‘cockblockers’ (snatch-stoppers?) is. At this point, the mother would look down upon her kids, quietly thinking to herself ‘if only there was a way to…’.

You can probably see where this is going, but just because we’re depraved bastards we’ll spell it out anyway: The bank vole eats her children to increase her chances to get laid.

Which is something to think about next time you accuse today’s women of being shallow in pursuing arbitrary standards of beauty in order to make themselves attractive to the opposite sex through the wearing of short skirts, obsessive dieting or plastic surgery.

It also begs the question to all single mothers out there: How far are you willing to go to spend the night with Ryan Gosling?