‘There is no disgrace in being a survivor of sexual violence’ 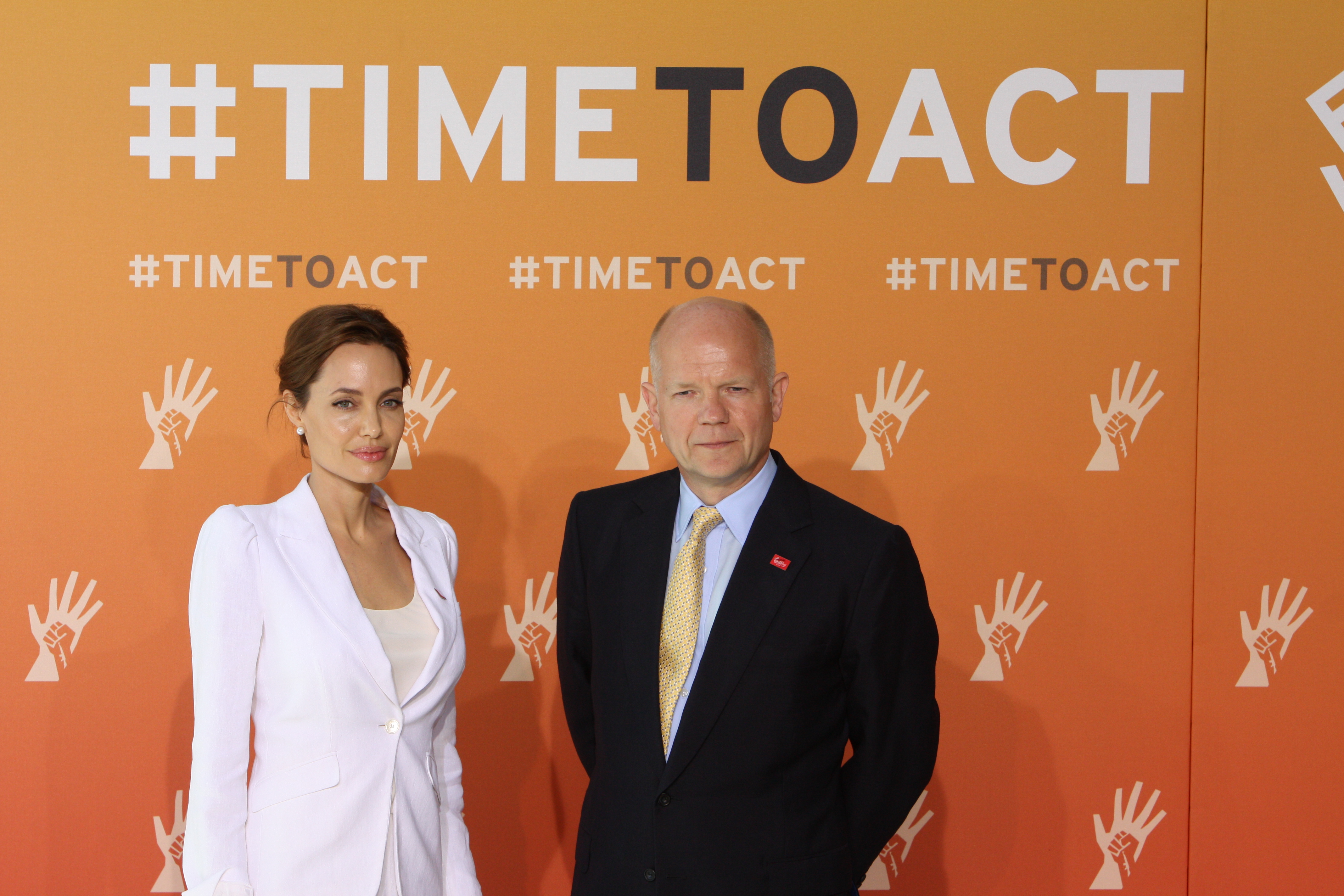 The year is 2014 – yet for women all over the world, that might as well be the Dark Ages. Consider just some of the news stories of late. In rural India, two teenage girls were gang-raped and murdered after they ventured into a field to relieve themselves (being too poor to have any sanitation at home). Their bodies were found hanging from a mango tree the following day. In Pakistan, a pregnant 25-year-old was beaten to death by her own family on the steps of the Lahore court house, while the police looked on impassively; her ‘sin’ was to have married a man of her choice rather than theirs.

Meanwhile, in Sudan, a mother sentenced to death for ‘apostasy’ – abandoning the Muslim faith – was forced to give birth on the floor of her prison cell, with her legs in shackles. Never mind that Meriam Ibrahim was raised as a Christian by her mother; the Sudanese courts have ruled that, because her absent father is a Muslim, she must be too. Her marriage to a Christian man has been declared unlawful. She will be allowed to live for two years in order to nurse her new baby. After that, she will be given 100 lashes for the crime of adultery then hanged for apostasy.

These dreadful stories have provoked outrage in the West. There have been calls for Britain to withdraw aid from the countries concerned. But the truth is, we can’t do much to change from afar the belief systems that underpin these laws and behaviours. We are not a colonial power anymore; we cannot reshape the world in our own image. Besides, plenty of this horrendous mistreatment of women is taking place right here in Britain. Take Jageer Mirgind, who was left blind and scarred for life after father-in-law Manjit Singh Mirgind, 51, attacked her in front of her own children at their home in Ilford, East London. He gouged her eyes with a knife and slashed her wrists in the ‘honour’ attack after wrongly believing she was having an affair with a Muslim. Mirgind was today jailed for ten years and eight months at Snaresbrook Crown Court.

So how can we tackle incidences such as these? Well, increasing awareness is a simple but fundamental step. The number of recorded incidents, particularly in India, since the event that shocked the world in December 2012, where 23-year-old student was gang raped on a bus by six men, suffering such horrific internal injuries that she later died, has greatly increased the number of reported incidences in India. After several million Indians witnessed the ordeal of the helpless and utterly blameless Guwahti schoolgirl on their TVs, the Delhi bus rape tipped them over the edge. A mass protest for women’s rights seemed to grow overnight. Those who voiced the ‘old attitudes’ were met with condemnation.

In response the government commissioned a retired Chief Justice, Jagdish Sharan Verma, to recommend legal changes which might better protect Indian women. The 631-page report was released on January 24, 2013. Verma’s committee had taken some 80,000 submissions before making sweeping recommendations which were startling in their scope. They looked not only at rape but also acid attacks, child sexual abuse, the practice of stripping and humiliating women in public, the abuse of women by the army in conflict zones and perhaps most startlingly of all, rape within marriage. Although most in India were aware that such things went on, never before had they been presented with such damning clarity. However swift this government reaction was, sadly it has apparently had little impact considering the recent heinous attack on two young girls over a year later.

However, sexual violence has come to the fore of media attention this month, not necessarily in relation to everyday crimes such as the ones aforementioned, but to ‘End Sexual Violence in Conflict’ – the name of the global summit, a four-day event taking place this week, opened by Foreign Secretary William Hague and UN Special Envoy Angelina Jolie. The summit aims to launch a new international protocol for documenting and investigating sexual violence in conflict, and encourage countries to strengthen domestic laws to enable prosecutions, urge countries to train all soldiers and peacekeepers to prevent sexual violence, increase funding to support survivors of sexual violence and above all, change attitudes towards rape in conflict. In a speech on the first day of the summit, William Hague commented ‘We said this would be a summit like no other, that has ever been held, and that is what it is shaping up to be’.

Angelina Jolie undeniably has a crucial role in the summit’s success, completely aside from media attention due to her Hollywood status. She is a UN representative on sexual violence in war. She has spent 10 years campaigning against rape and has been campaigning on the subject with Mr Hague since the Coalition came to power in 2010. William Hague said her impact on the global campaign to end sexual violence in war had been huge. He said: ‘She is very committed to this, very knowledgeable about the issues, she has come up with many of the ideas for the campaign.’ Angelina opened the summit with a speech, ‘There is no disgrace in being a survivor of sexual violence.’ Sexual assault is one of the most under-reported crimes, with 60% still being left unreported, so Angelina’s message is imperative. It is only by hearing of these appalling incidences that the world can attempt to confront them. The British government has been called upon to give Meriam Ibrahim and her children immediate refugee status during the House of Lords oral questions session on 10 June 2014. Although this would protect her life and send a strong message to the Sudanese government, what’s really important is to strive to protect the lives of all women, in Sudan, India, Pakistan, Britain… as these crimes occur the world over and it needs to stop.