On January 15th, 2020, the U.S. and China signed a trade deal, calling a truce on the now two-year-long trade war.

The contents of the trade deal address, most importantly, two things. One, the ever-increasing trade deficit between the two countries and two, what the U.S. has dubbed Chinese ‘stealing’ of intellectual property from the US.

In the deal, China agrees to “buy an additional $200 billion in goods and split across 2020 and 2021, with the deal calling for $77 billion in additional trade the first year and $123 billion the second year.” [1] The deal specifically notes the purchase of American exports from the agricultural and energy industries. [2] This is a strategic move for Trump, moving toward the November election. A promise to help American industries on the ground or rather a commitment to help those most affected by a poor relationship with China is a victory for the U.S. President.

From the U.S., China is receiving a decrease in tariffs – though only of around 25%.  The deal “leaves in place U.S. tariffs on about $370 billion in Chinese goods, or about three-quarters of Chinese imports to the U.S.”[3]

Arguably, the more contentious and intriguing part of the deal comes in the way it addresses the concerns about the theft of American intellectual property by Chinese firms. “Theft” is a strong word here, often employed by Trump in an attempt to create a rhetoric of China attacking or stealing from the US. In reality, often what the US president and US firms call stealing is not. Rather, it is “a technical co-operation” that began “40 years ago, when the two countries committed to a closer relationship in the form of, for example, joint ventures or equity ownership, subject to governmental licences.”[4] In an attempt to protect domestic industry, China sometimes “requires foreign companies to form joint ventures with local firms in order to do business there, as in the case of the auto industry. It also sometimes requires that a certain percentage of a product’s value be manufactured locally, as it once did with wind turbines and solar panels.”[5] These joint ventures require American firms to give up certain intellectual property in order to produce with and do business in China. What has increasingly happened over the last decade is that China is able to develop domestic capabilities with the access it has to American intellectual property. Leading to the American claim that the way China conducts joint ventures with American firms is placing the latter at a disadvantage – in that they are simply “training their future competitors.”[6] But, despite what Trump and much of the GOP may say, “the landscape is more complex” than China simply ‘stealing’ intellectual property from the US – which in the case of joint ventures, they legally aren’t doing. With this in mind, Trump and many American firms have extended their complaints to say that China is using this access, within joint ventures, to hack into American firms and steal intellectual property that way.[7] 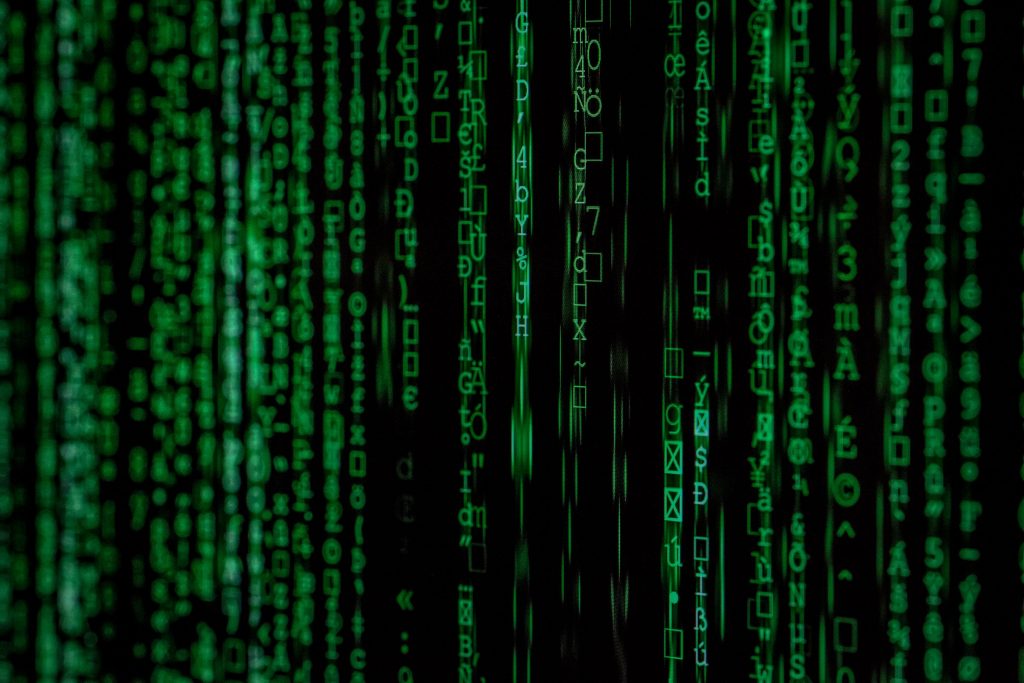 Image by Markus Spiske. Available on Pexel under Creative Commons 2.0.

While this may or may not be true, the trade deal signed on Wednesday does not explicitly address these cybersecurity concerns, rather just stating that ‘Neither party shall require or pressure persons to transfer technology to do business or to get regulatory approvals’. This section does not “require China to change any law or regulation to fulfill its obligations,” and incidentally a draft agreement abandoned in May of 2019 did “require dozens of changes in Chinese law” that would actually address these American cybersecurity concerns. But alas, this deal does not. [8]

The deal signed on the 15th leaves “measures related to cyber intrusions” unaddressed.[9] With no policy change required by China in this area, it leaves outstanding the fears of hacking, or rather actually stealing, American intellectual property: a failure on behalf of Trump and his negotiators, which he is conveniently hiding behind the relative success in decreasing the trade deficit and the promise that China has made to not pressure the transfer of intellectual property.

This leads into the next point: the tactical timing and strategic aim of this trade deal. Many of the points in this deal paint Trump as a victor, conveniently, as he faces reelection in November. While a step in the right direction, the deal is vague and not a long-term solution. With the trade deficit in mind, “China is only agreeing to make purchases for the next two years and is vague about what happens after,” conveniently placing Trump on the other side of the election and allowing him to proclaim a premature victory when the deal is really only a temporary solution. [10] Trump “can laud the agreement and argue that he is the only one who can successfully press Beijing for more concessions” – he can paint himself as the only Presidential candidate capable of fixing a problem that he escalated in the first place. [11] Though the deal is a good step in ameliorating Chinese-US relations, it is also conveniently timed for Trump as he faces reelection within the impeachment proceedings and an ongoing public distrust.