The Climate Crisis and Davos: A Cause to Celebrate or More of the Same?

This past week, the 50th annual meeting of the World Economic Forum was held in Davos, Switzerland. The stated theme of the gathering was “Stakeholders for a Cohesive and Sustainable World.”[1]

With a theme like that, the stakes were high for this year’s Davos. The annual meeting has garnered much criticism over the years, especially since the Global Financial Crisis in 2008. The meeting draws in 3,000 attendees each year, from politics, finance, business, academia, and journalism. The thread that runs through most critiques is that Davos is institutionally elitist. While the WEF claims that “that progress happens by bringing together people from all walks of life” and that it is “accountable to all parts of society,” the reality of Davos begs to differ. To attend the meeting, one must either be invited or pay to become a member, which can cost anywhere from £47,000 to £472,000. [2] The WEF states that “non-business participants in the Annual Meeting – such as leaders from civil society, the arts, young global leaders, media leaders, heads of state and ministers from over 70 countries – do not pay to participate,” but these are only a portion of the attendees, and are selected to attend by the WEF members. As well, the meeting has been critiqued for its lack of diversity. Only 24% of attendees this year were female [3]. So, the elite remains on top with paid entry and coloured badges to distinguish levels of membership and access. If the aim of the meeting is to balance the power between business, finance, politics and society, why are there still so many caveats?

Critics over the years have argued that Davos is essentially “a family reunion for the people who broke the modern world” [4]. While elites may not be the only ones in attendance, they definitely hold the power at this gathering, leading many to wonder what actually is accomplished by this perceived playground for the rich and powerful.

Many have noted that this star-studded meeting allows for “companies to gloss over their sins with high-minded pledges to do better.” [5] This begs the question, is this year any different?

The theme of Davos 2020 focuses primarily on the climate crisis. For the first time, the WEF’s “annual global risk report this year ranked climate and environmental hazards as the top five concerns facing the world in the next decade.” [6]

Finally, it would seem that “finance leaders and company chiefs” are listening to the science, “conspicuously [rallying] around a consensus that accelerating global temperatures pose a significant risk to society — and to business.”[7] While still disappointing that the move on behalf of these companies is still self-serving in part, it is a shift in the right direction.

Companies ranging from Microsoft to BlackRock, the largest asset manager in the world, have pledged action to address the climate crisis. What has emerged is a “coalition of major financial institutions, representing $4.3 trillion in assets, [saying they will] take steps to minimize carbon-heavy investments in [their] portfolios and lobb[y] other investors to join.” [8] In a letter written by BlackRock CEO Laurence ‘Larry’ Fink, he stated that the corporation will now “place sustainability at the center of [its] investment approach, including: making sustainability integral to portfolio construction and risk management” and “exiting investments that present a high sustainability-related risk, such as thermal coal producers.” [9] 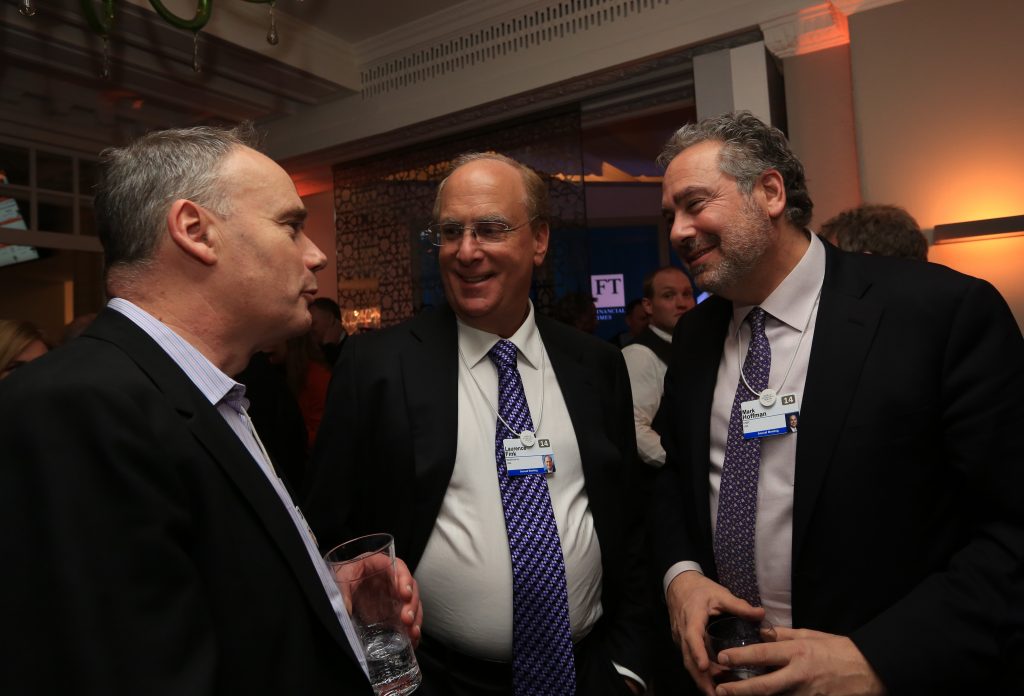 So, what’s the problem? As is often with these statements, words come easier than action, and this year’s Davos pledges are looking to be no different. Despite finally acknowledging the urgency of the climate emergency, “few companies and investors provided details at Davos on how they would rapidly transition away from an economy based on fossil fuels” and “even fewer have set their own targets and timetables to do what the science demands” in the necessary timeframe [10]. Fink himself, later in his letter, stated that the “the energy transition will still take decades” and that “Governments and the private sector must work together to pursue a transition that is both fair and just – we cannot leave behind parts of society, or entire countries in developing markets, as we pursue the path to a low-carbon world.” [11] His statement echoes the lofty and self-validating sentiment critics note from these business elites. Firstly, Fink’s letter only directly addresses BlackRock clients and does little to engage with environmental activists, and second, despite a call for urgent action, Fink cleverly finds a way to hide his hesitation under an altruistic guise.

In a statement published by Micah White, the Co-Creator of Occupy Wall Street, he states clearly that “in the face of an impending climate emergency, elites and activists need the same thing: a global social movement that unleashes the creative energy of humanity by mobilizing countless people toward monumental action,” and that “collaboration between elites and social movements will be messy and can only be fostered through the concrete actions of governments and businesses.”[12]

While business elites are on the right track, it still feels as though urgency is lacking. The climate crisis is time-sensitive and it remains uncertain if this year’s Davos will truly result in the necessary concrete and “monumental” action to address the emergency.