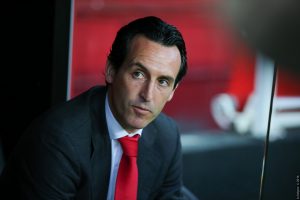 Rarely has one game in football mattered as much as Tuesday’s second leg between Paris Saint Germain and Real Madrid at the Parc de Princes, especially when considering the Champions League hasn’t yet reached the stages with ‘final’ in the title. For the two coaches – Juventus, Real Madrid and France great, Zinedine Zidane, and former Sevilla manager Unai Emery – failure to qualify for the last eight will almost certainly lead to the search for a new job.

Of course, Real Madrid are the much better-placed of the two sides, after PSG decided to stop defending for the last ten minutes in the Bernabeu to lose 3-1. All the pressure is now on Emery’s PSG to produce the performance that will oust the 12-time champions of Europe, compounded by the loss of Neymar to a fractured metatarsal on Sunday. These are two clubs for whom the Champions League means everything. Real Madrid are languishing in third in La Liga, the title virtually conceded  to Barcelona, whilst PSG compete in a French league so devoid of competition that their seasons are perennially measured by their European exploits.

This game will define the seasons of the two European heavyweights, who have been pitted against one another at this early stage, surprising given UEFA’s suspicious tendency to keep the biggest teams apart in the draw until the latter stages.

The casual football fan might remark that this clash is the pinnacle of European football and this sentiment is reflected by the ticket prices for the second leg, with resale tickets going for no less than €500. But for those who are capable of analysing a game of football and seeing past the highlights-reels of Cristiano Ronaldo and Neymar, they will have watched a game of genuinely poor quality in the first leg. 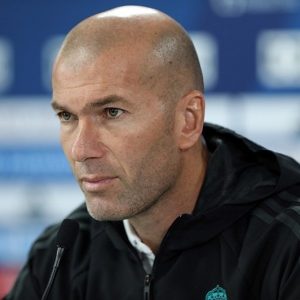 These are two teams packed full of celebrity footballers, who are no longer coached properly. The job description for Zidane and Emery is to pacify a group of seemingly uncontrollable egos, relying on individual brilliance to win football matches, rather than any form of cohesive play.

It is difficult to criticise Real Madrid, given their recent success domestically and in Europe, but the wheels seem to falling off in the Spanish capital. Their poor results this season have coincided with the departures of squad players, like Morata, James Rodríguez, Pepe and Danilo. This has created a superstar first XI with little-to-no competition from the rest of the squad, leading to a complacent group of egos who have not improved and lack the freshness to challenge Barcelona this year.

Furthermore, Cristiano Ronaldo’s on-pitch behaviour does not appear to be of great help to his side. These days at the age of 33, his typical game consists of standing still in front of goal, shooting on sight and throwing his toys out of the pram when his team mates do not indulge in this self-centred vision of how Real Madrid should operate. If one game were to prove this attitude, it was against PSG, where Ronaldo touched the ball 30 times, 10 of which were shots, a remarkable statistic.

But the situation is far more concerning for the Qatari-state-owned PSG. Their dominance over French football is not only total, but unhealthy. A domestic treble would constitute a failure for them this year if the Champions League evades them once again, such is the importance placed on Europe in Paris nowadays.

And yet, the first leg felt like Groundhog Day. Another below-par performance was registered by a team who are not challenged on a weekly basis and they choked under pressure on the biggest stage. After announcing themselves as European contenders in the Round of 16 last year with a 4-0 defeat of Barcelona at home, PSG unwisely dared their opponents to complete the greatest of all comebacks in the second half of the second leg. The Catalan side duly obliged and humiliated PSG with a 6-1 victory in the Camp Nou. The previous year, Laurent Blanc decided to experiment with three at the back away to Manchester City and subsequently lost 3-2 on aggregate at the quarterfinal stage.

In a post-match interview after the first leg, a frustrated Adrien Rabiot remarked: “It’s all well and good putting eight goals past Dijon, but it’s in matches like this that you have to stand up and be counted”. This sentiment seems to sum up the dynamic of Paris, a club whose domestic domination has not extended to European success. In other words, they’re flat-track bullies.

Individual moments of brilliance suffice in Ligue 1, and PSG are a club full of players with great quality – Neymar, Cavani, Mbappé, Di María et al –  who can win games on their own against poor opposition. But their lack of cohesion seems all too evident in Europe against teams capable of playing threatening football. Arguments between Neymar and Cavani over set pieces seem to have characterised PSG’s season – let alone the farcical rumours suggesting that a threatened Neymar had asked the board to sell Cavani.

This path of egotism and self-implosion is not inevitable for clubs reliant on the financial benevolence of a state. Manchester City have won admirers this season through their extraordinary football experiment under Pep Guardiola. City’s raison d’être now seems clear; sublime and cohesive football set to entertain and win trophies in equal measure. PSG represent the problem with modern football, celebrity footballers concerned with self-promotion in a publicity stunt by a Qatari government under increasing political pressure from its hostile Arab neighbours.

The Paris project is fast unravelling. If these European disappointments continue and they fail to overturn a two-goal deficit on Tuesday, at what point do we call this bizarre political statement by the Qatari state a failure?